The GS and I had such a fun weekend!… which I now realize was 5 days ago but I’m just getting to it now.

We went to one of our favorite coffee places in the city (High Grounds) and strolled around that neighborhood for a bit.

Then we stopped in at two Baltimore breweries that we hadn’t been to yet- the first is Monument City Brewing which is very cool but they were all out of the beer that we really wanted to try (Rooftop- pineapple mint pale ale). Then we went to Oliver Brewing which looks like a random warehouse in the middle of nowhere but their beers were awesome.

We went to see The Glass Castle at the Senator Theatre, which is historic (I think?) and over by Loyola. I walked by it a million times during college while bar hopping on York Road and didn’t think anyone actually saw movies there. But that was just me being an obnoxious self-centered 19-year-old, because it’s actually awesome. AND they had tallboy Union Duckpins which I had never seen before and made me so happy. 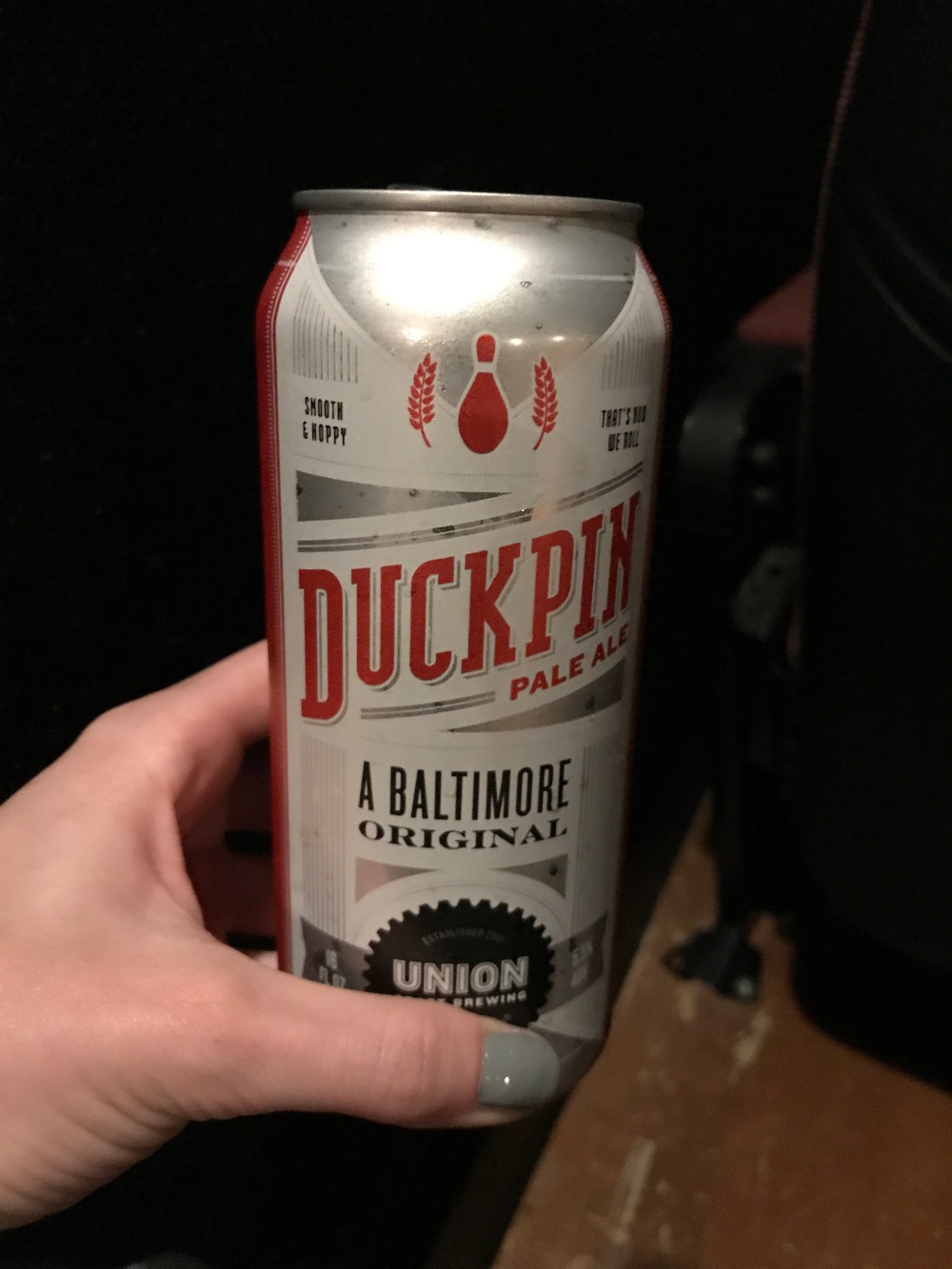 I’m usually such a hater of movie adaptations of books I love, but I thought The Glass Castle was excellent. Probably the best I’ve seen. Even if you didn’t read the book (the GS didn’t and he also loved the movie) it’s worth it just to see Woody Harrelson’s performance because he is unbelievable in it.

And don’t be thinking we only loved it because we had lots of beer that day. They were SAMPLES, and they were soaked up by these burgers. After I had it in San Francisco I knew I needed to recreate.

Divide the meat into four portions and form into patties. Season with salt and pepper. I don’t have a grill, so I cooked mine in a cast iron skillet covered with a lid. Once they are cooked to desired level of done-ness, place some kimchi on top of the burger. Top with a slice of American cheese and cover again until the cheese has melted over the kimchi.

*Note: Kimchi was really hard to find in my regular grocery store- it wasn’t in the international foods section because it has to be refrigerated. I ended up finding it in the produce section where they keep salad mixes, bean sprouts, prepared salsa, etc. so check there!

In a separate pan, cook your eggs. You can do them sunny-side-up or over easy, but you want the yolk to be just a little bit runny.

Assemble the burger and egg on a toasted bun, spread with the gochujang mayo. Top with chopped scallions for garnish.

I’m salivating looking at these pictures. Yes it’s a burger so it’s really easy but the extra stuff makes it feel like an upgrade to a basic weeknight meal. 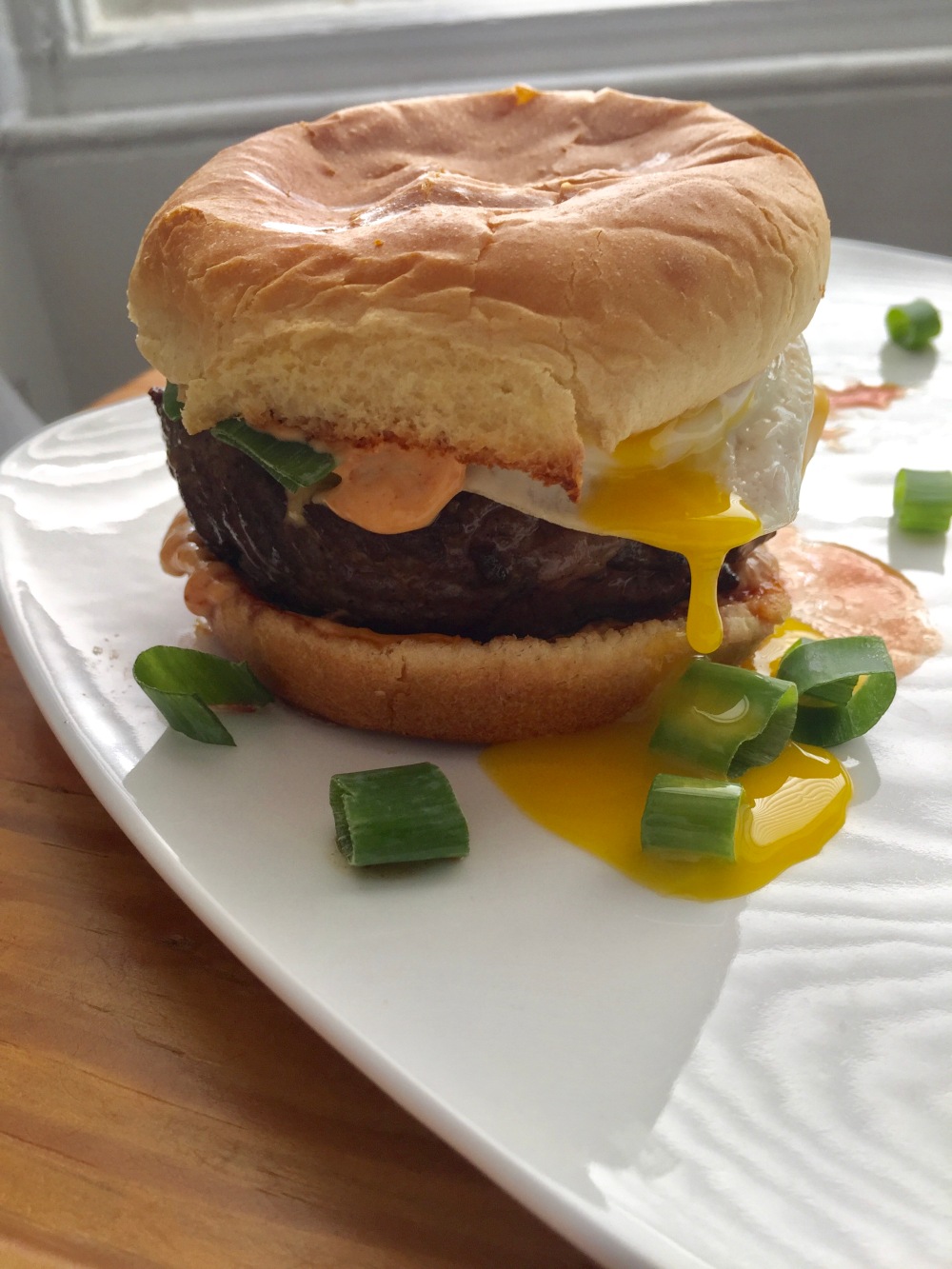 I guess I’m on a fermentation kick this summer- first potato salad and now burgers. I wouldn’t recommend serving these together- probably a bit too much tang. You can do regular french fries. Or just beer.