I’m back on the East Coast! 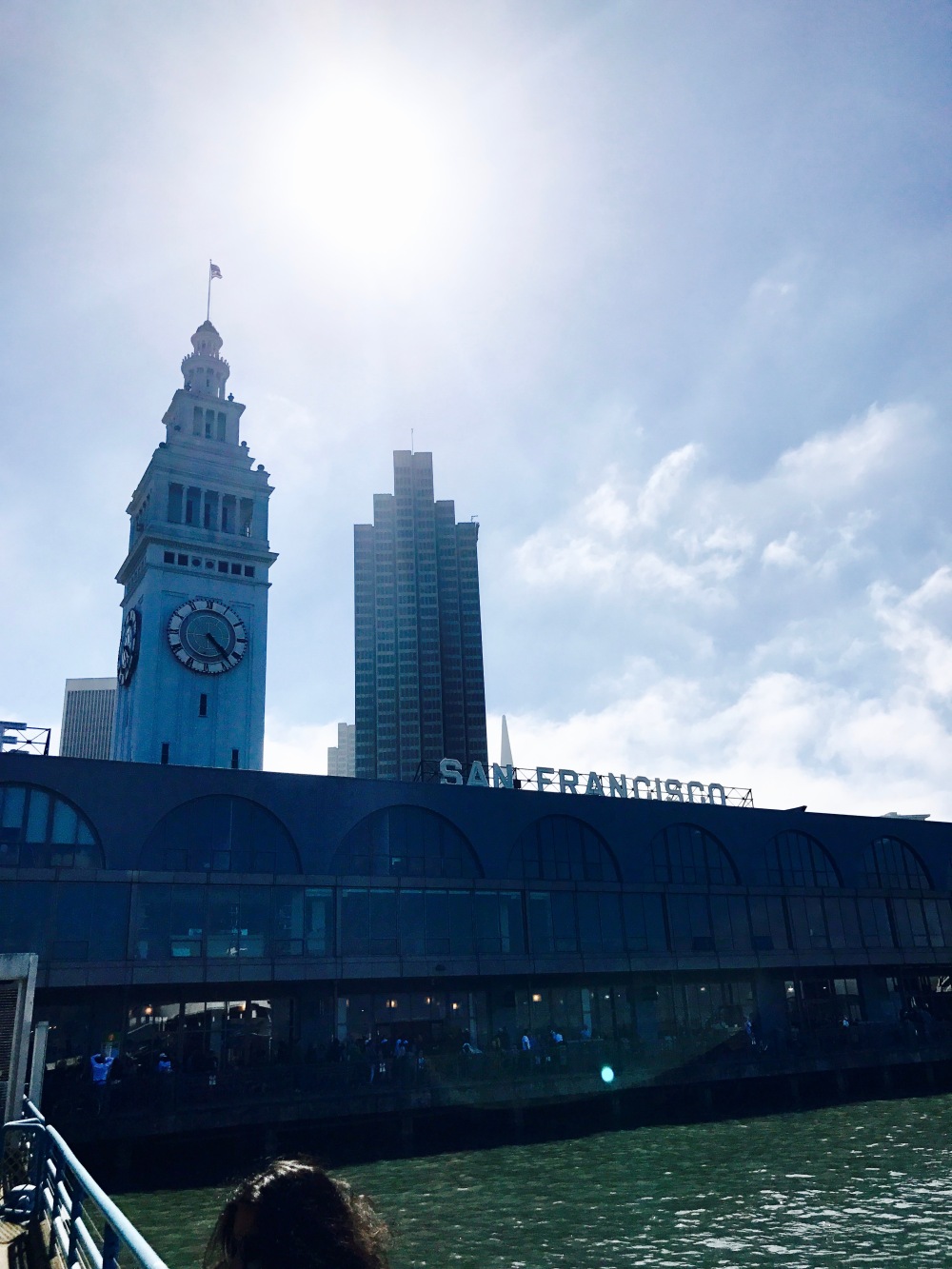 I had a really great trip to San Francisco. Worked a lot, but also got to see two Loyola friends for dinner and drinks one night and then had a whole solo day downtown.

I walked from my hotel down to the Ferry Building, which had an outdoor farmer’s market but also a bunch of great vendors inside. I’ve been to a lot of public market spaces (they are one of my favorite places to visit in any city) and this one was by far the cleanest and most high end. 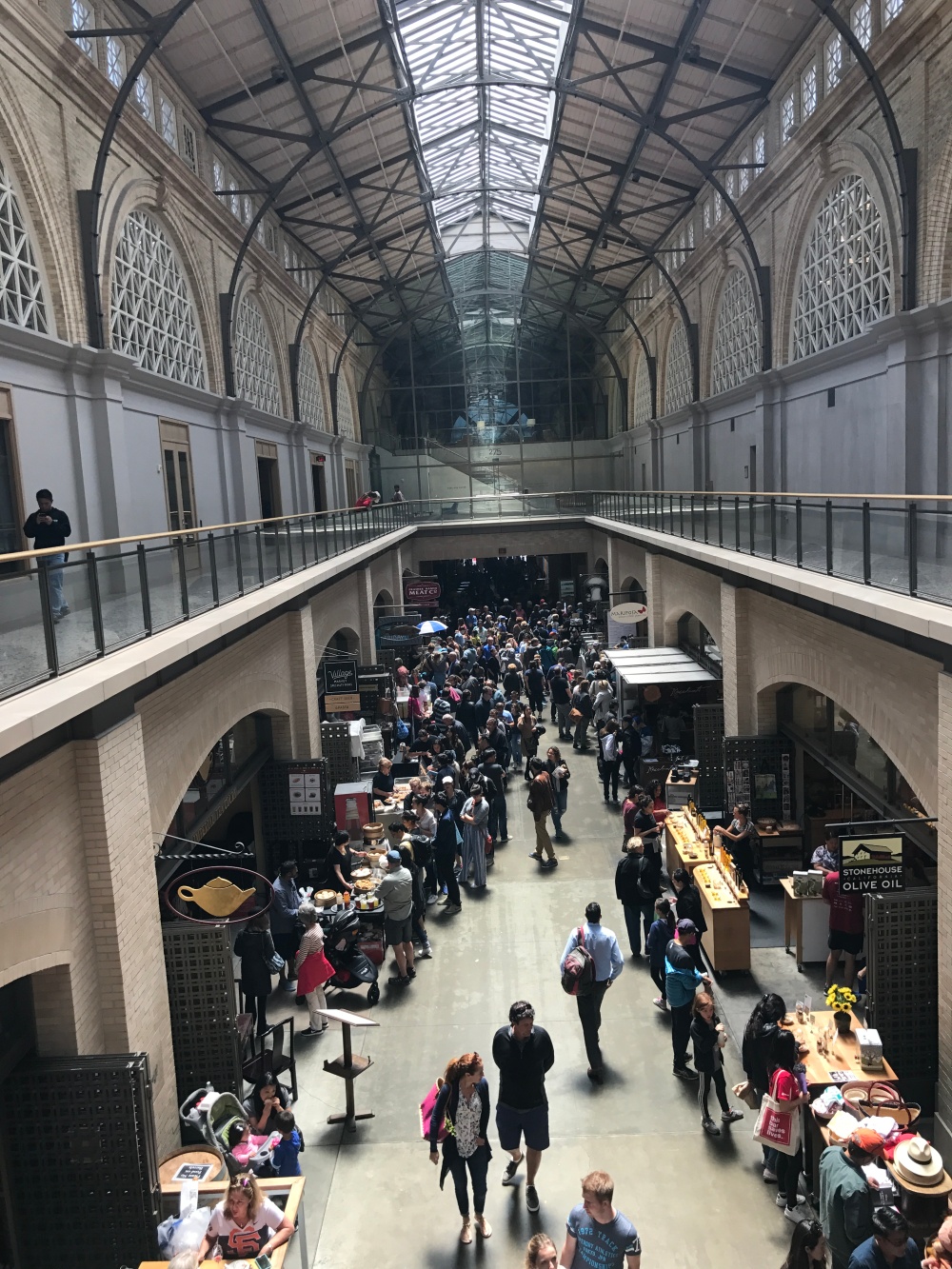 I had lunch at Gott’s Roadside. Even for an early lunch (like 11:30 maybe?) there was a HUGE line. I feel like that’s always a good sign. I got the kimchi burger: beef patty, kimchi, American cheese, gochujang mayo, and a fried egg. 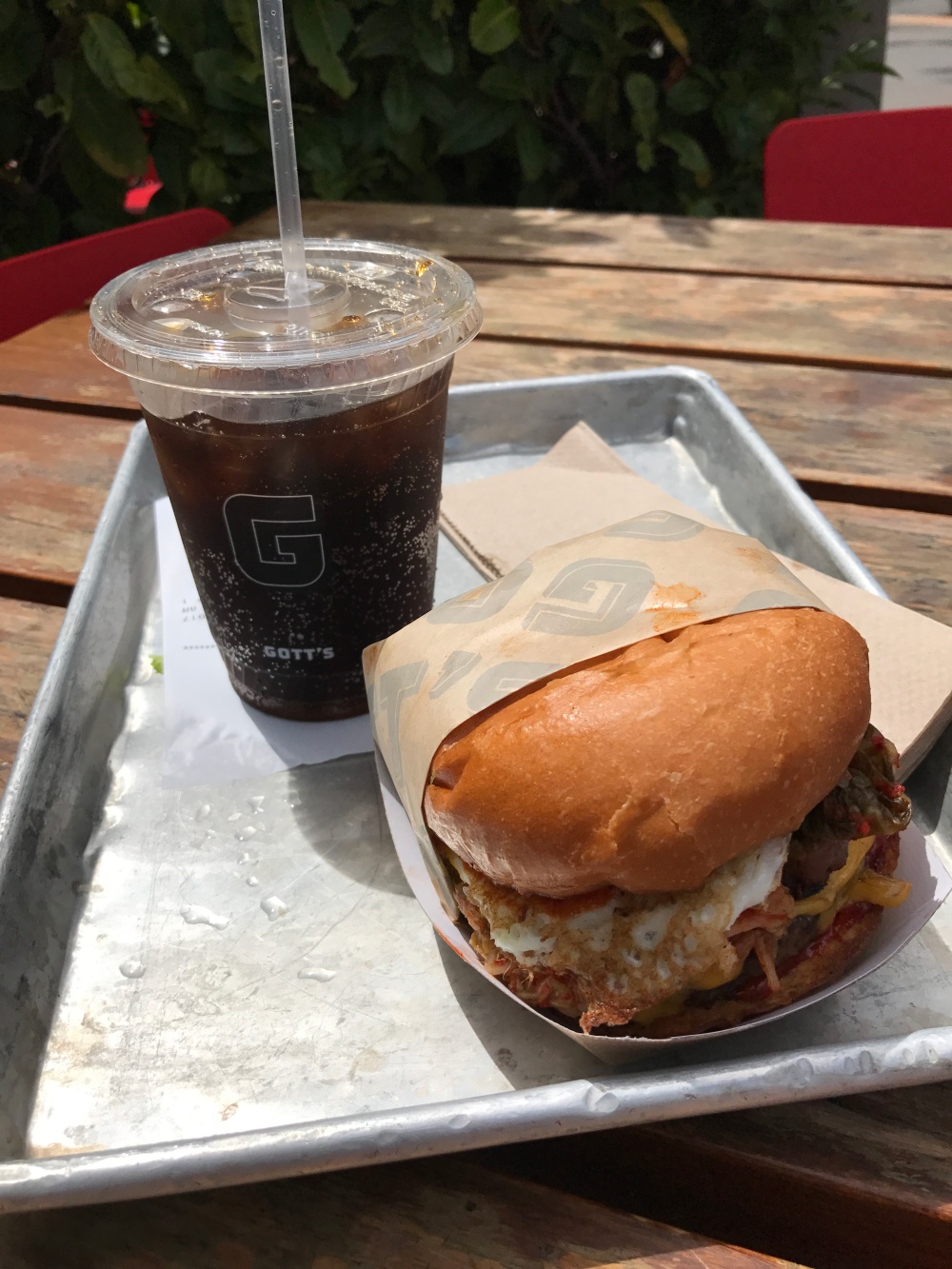 It was one of the most perfect burgers ever and I need to recreate it ASAP.

Then I rented a bike and road along the Embarcadero, which essentially takes you all the way to the Golden Gate bridge. Made a couple of stops along the way… 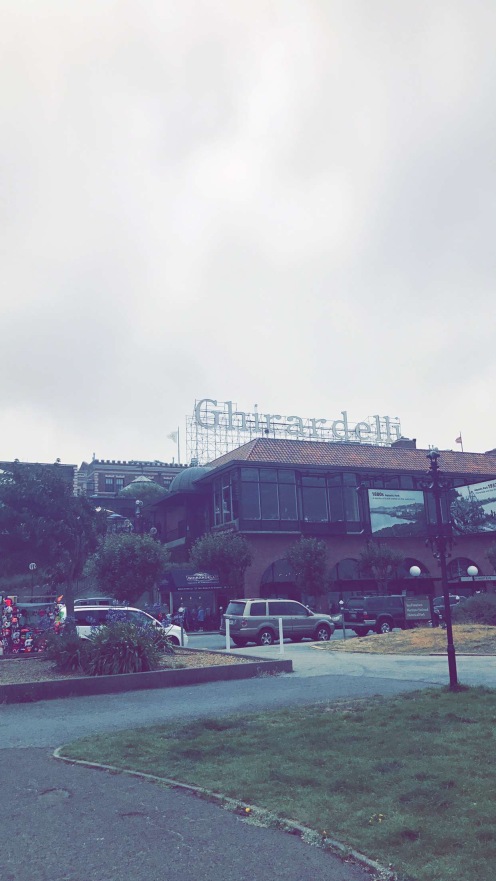 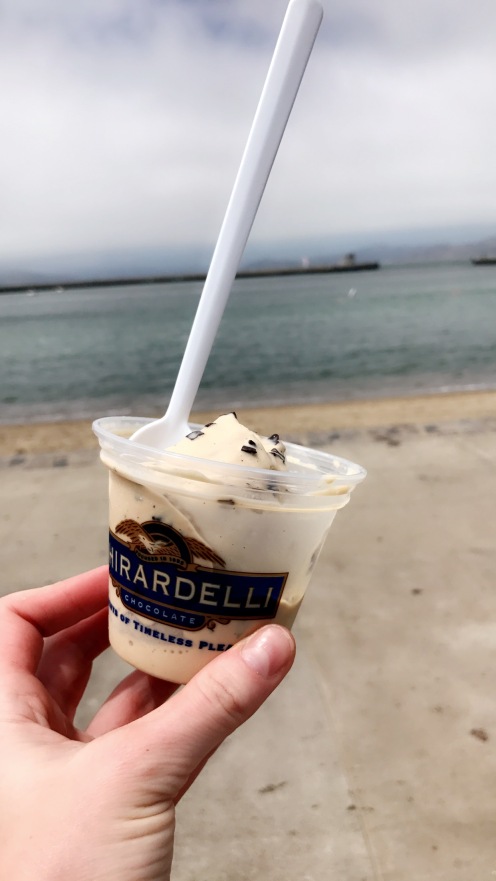 It was actually awesome to be by myself because I could pull my bike over whenever I felt like it and snap pictures. Then I rode over the Golden Gate bridge which was equal parts exhilarating and terrifying. It’s VERY windy up there and the path is pretty tight with people riding in both directions. 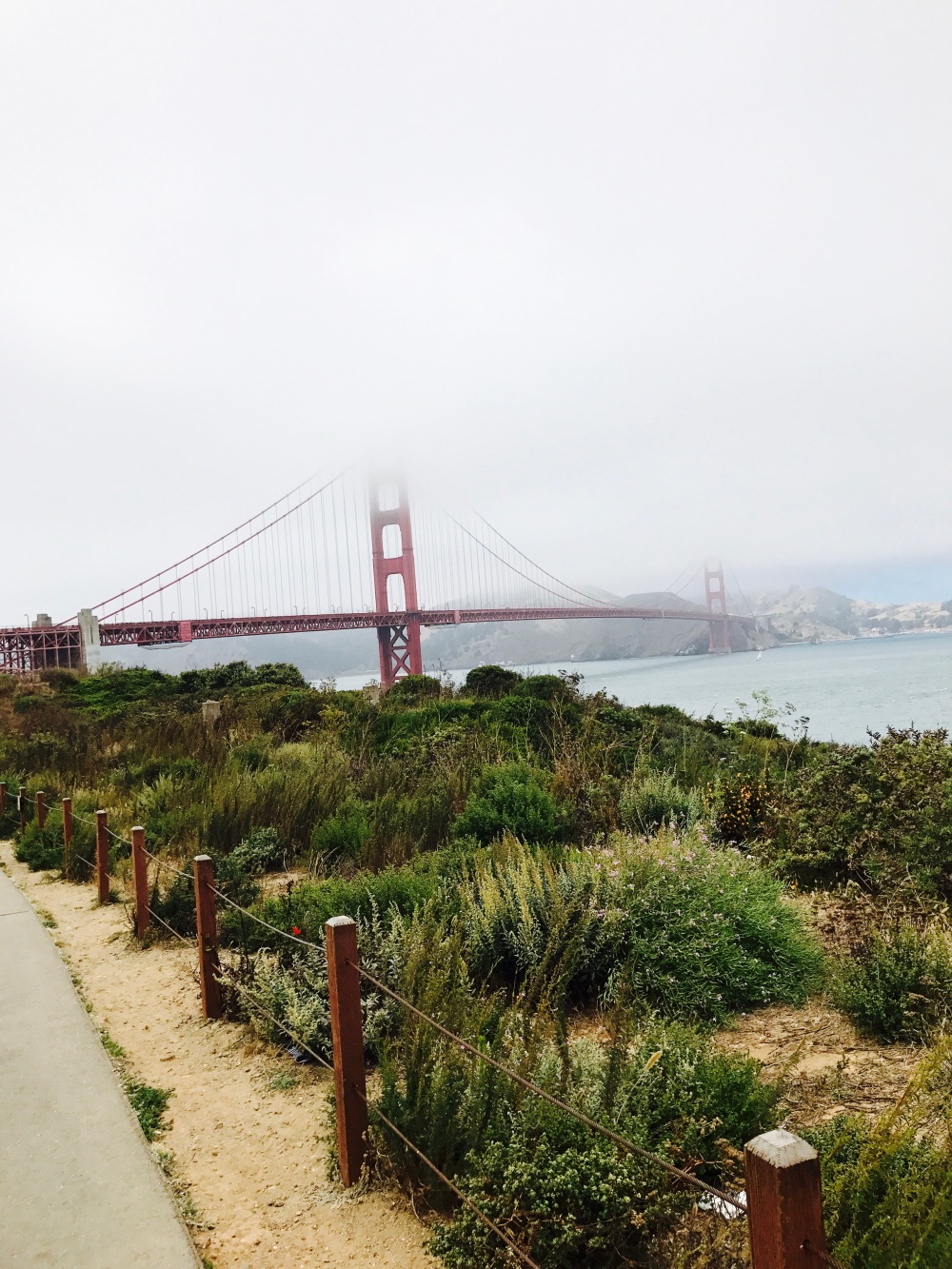 Also people aggressively passing each other. How about you chill and enjoy the view, overly assertive speed biker?

Once you get over the bridge it’s a few more miles to Sausalito, where you can put your bike on a ferry and take that back over. The whole trip took me around 3 1/2 hours and it was such a cool way to see that part of the city. 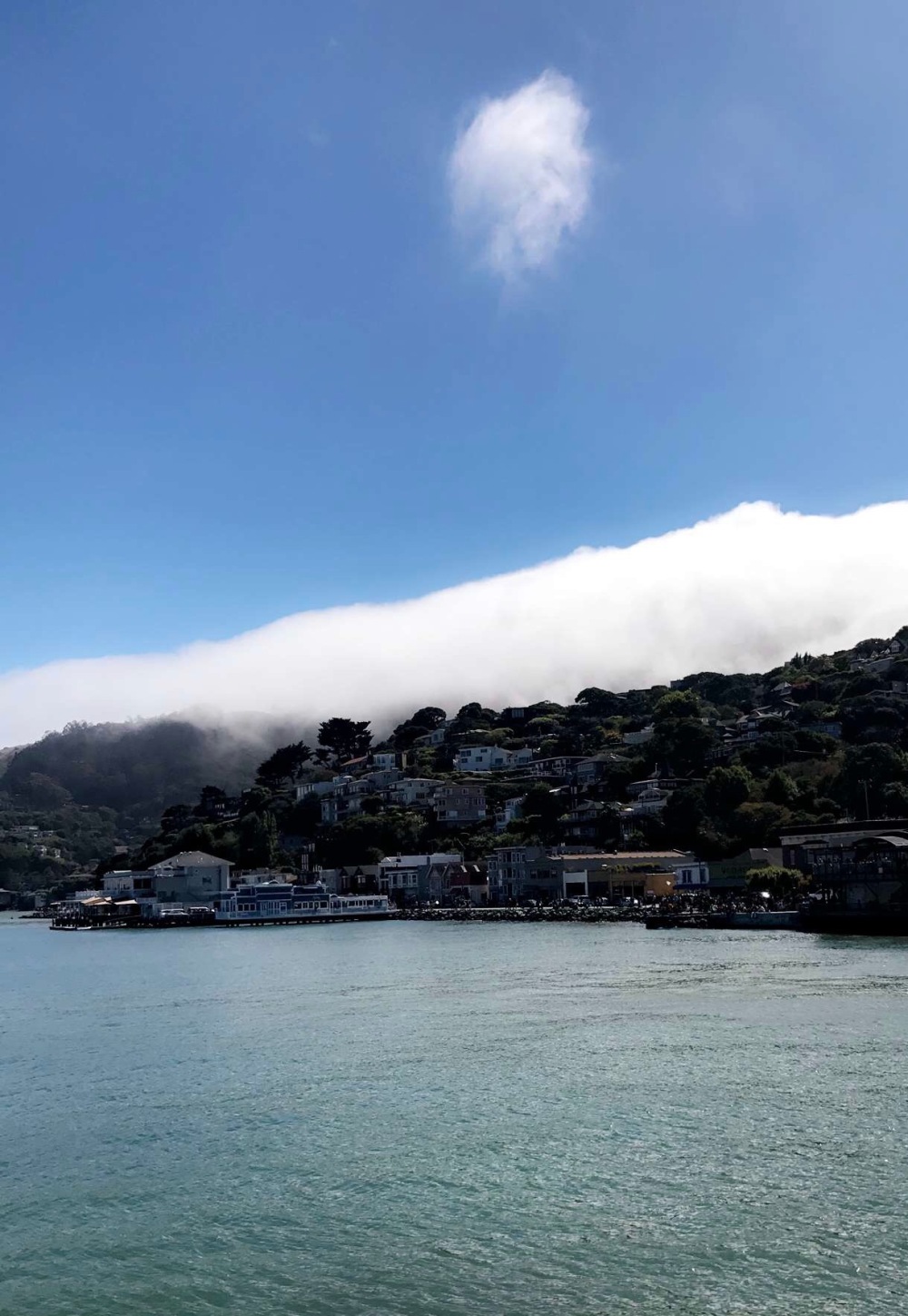 I took a red eye back on Saturday night and was desperately in need of getting back into my eating routines when I returned. I don’t go crazy when I’m on the road but it’s always nice to have a home cooked meal after eating every single meal out for 5 days straight.

Corn is so good this time of year I want to eat it at every meal. This is an easy side dish from Rachael Ray- my friend Tori sent me a bunch of food magazines so I’ve been stealing recipes left and right! 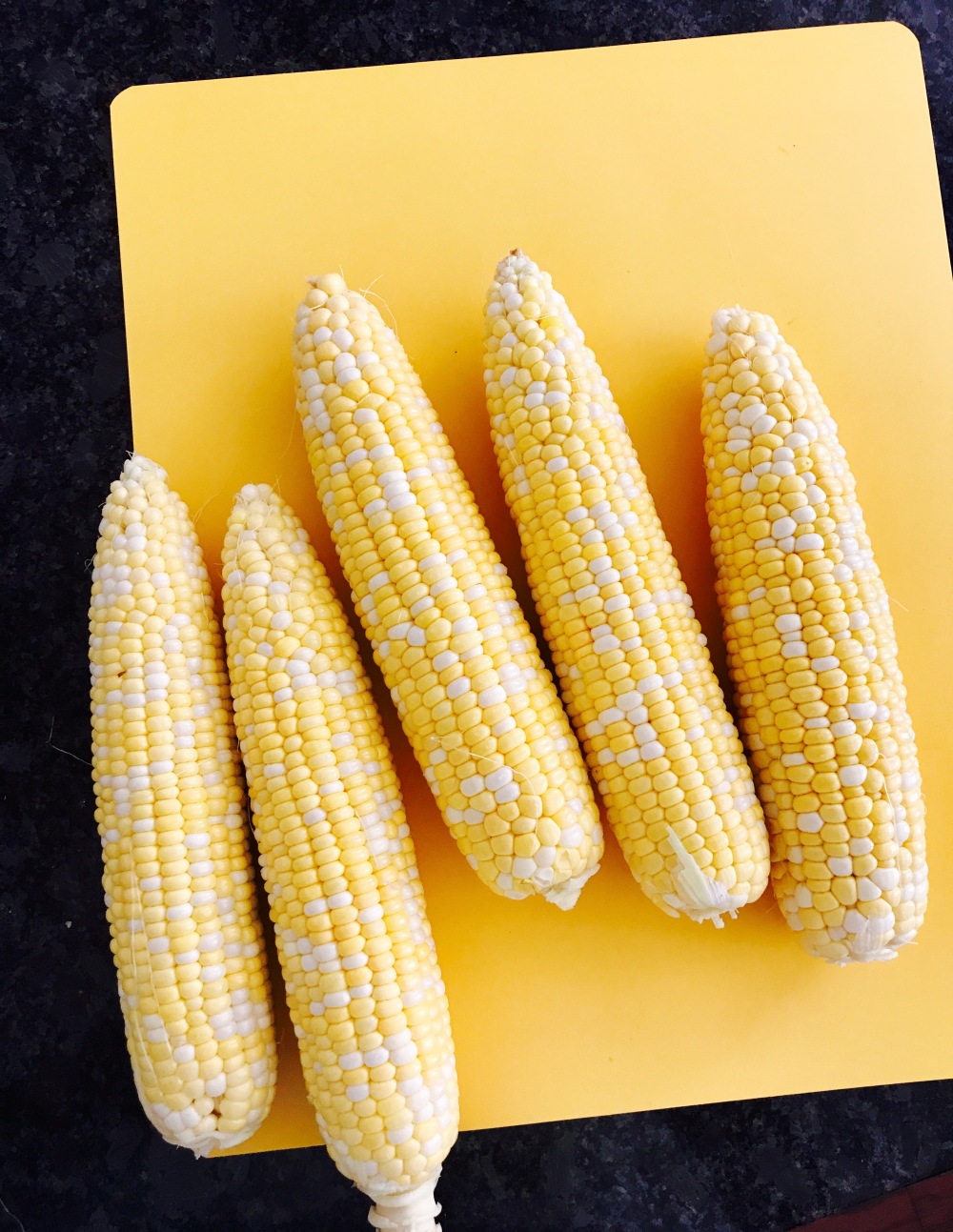 salt and pepper to taste

Melt the butter in a large skillet. Add the corn, celery, peppers, garlic and the white and light green parts of the scallions. 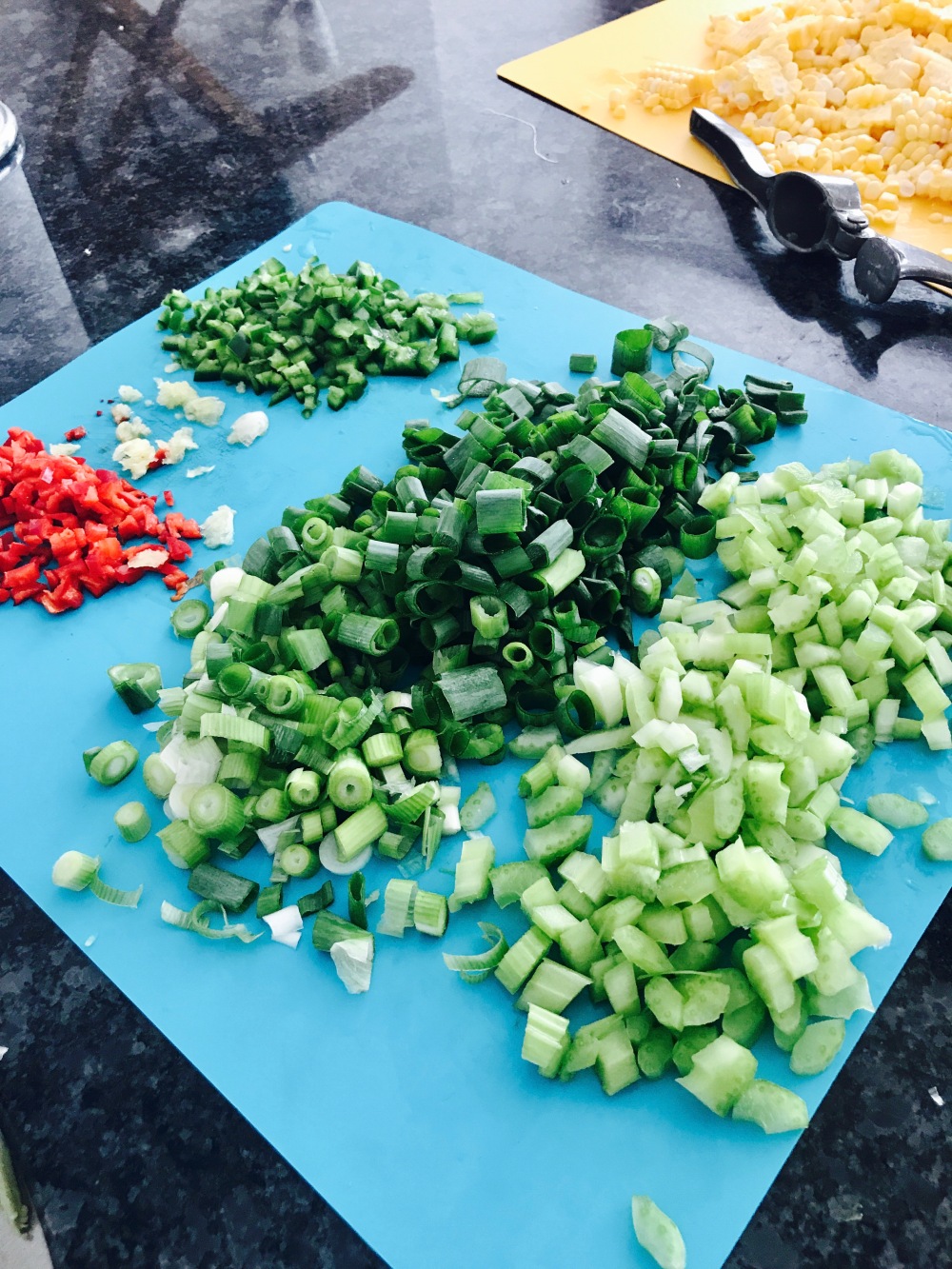 Cook for 3-4 minutes, then lower the heat and add the heavy cream. Stir for another 1-2 minutes, then season to taste with salt and pepper. 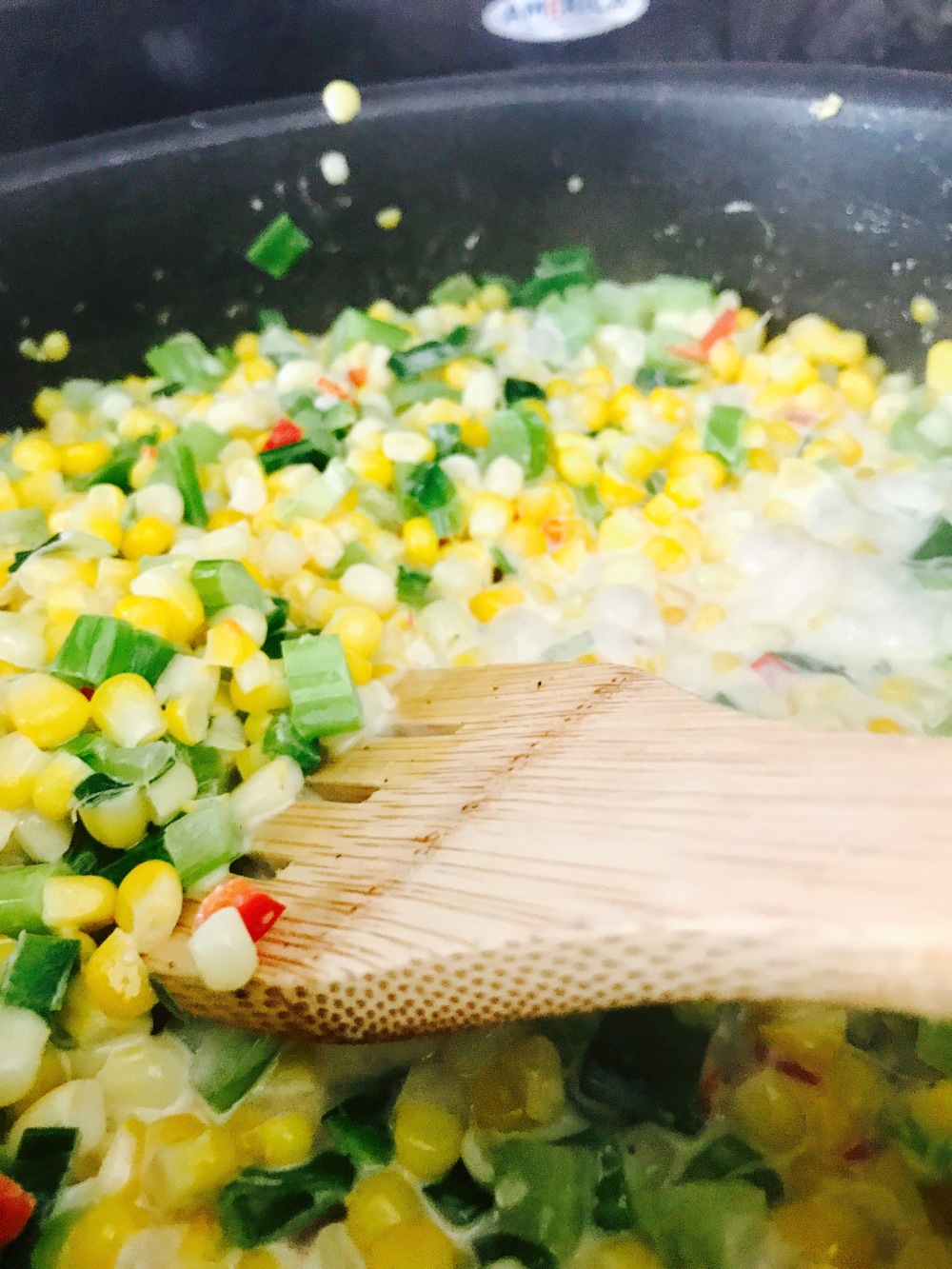 Serve with the green parts of the scallions as garnish. 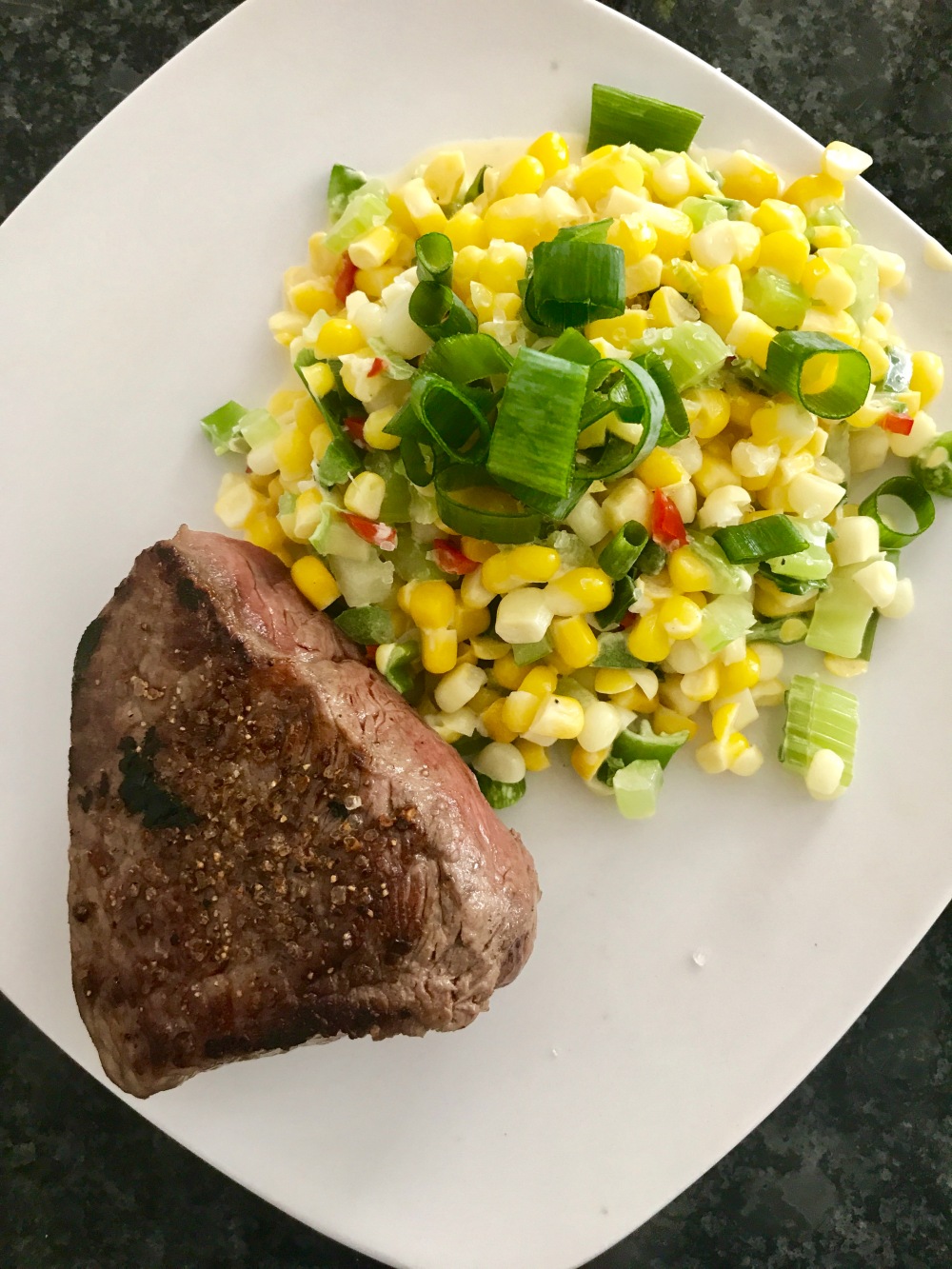 This was a great side for these little tenderloin steaks, and also great leftover the next night with this tortilla crusted chicken. It’s not as spicy as you would expect given the two peppers, but it has a nice level of even heat to it. And still feels light because there isn’t a ton of heavy cream.

I looked for some Ghirardelli espresso chip ice cream to have for dessert as a last taste of San Fran, but they don’t sell it at Wegmans in Columbia, MD. 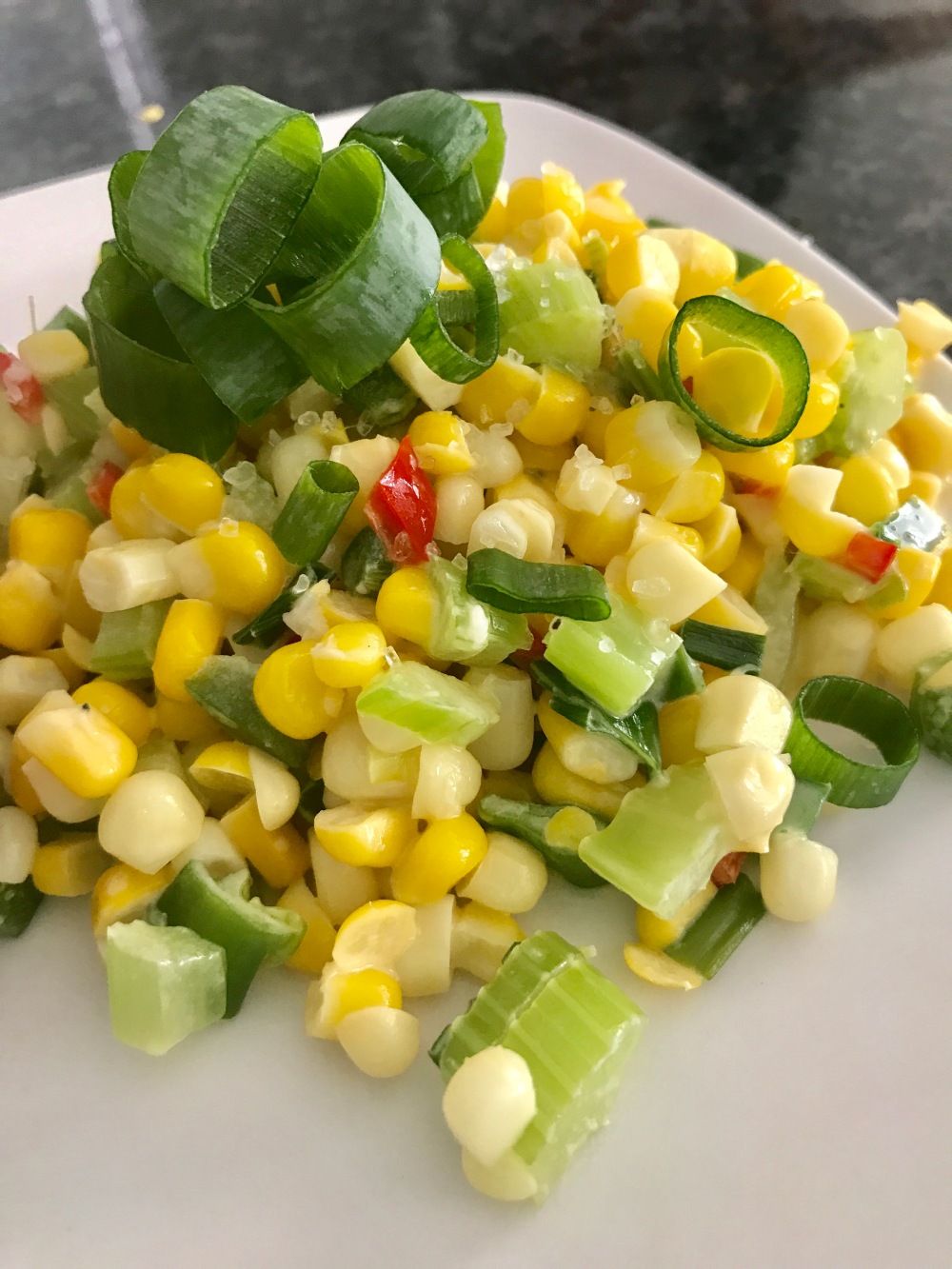 Can’t have it all.