I decided I’m an old woman trapped in a 22 year old’s body. Proof:

Yesterday I went for a long run, and by the end I was stopping not because I was tired, but because I could feel my ankles caving in.

I own a matching pajama set. That my mom gave me. That I wear. It’s so comfy!

I always set up my coffee maker the night before. I should just get one with a timer, but I’ll wait until this one breaks to do so.

Few things make me happier than going to bed before 10:00.

I get crotchety when the weather changes.

Quilting is one of my favorite hobbies. For realz.

I flash pictures of Kevin around and show him off like he’s my grandchild. Or my child, for that matter.

I make things in unnecessarily large quantities even though I’m eating alone and then save them in the refrigerator to eat four nights in a row. 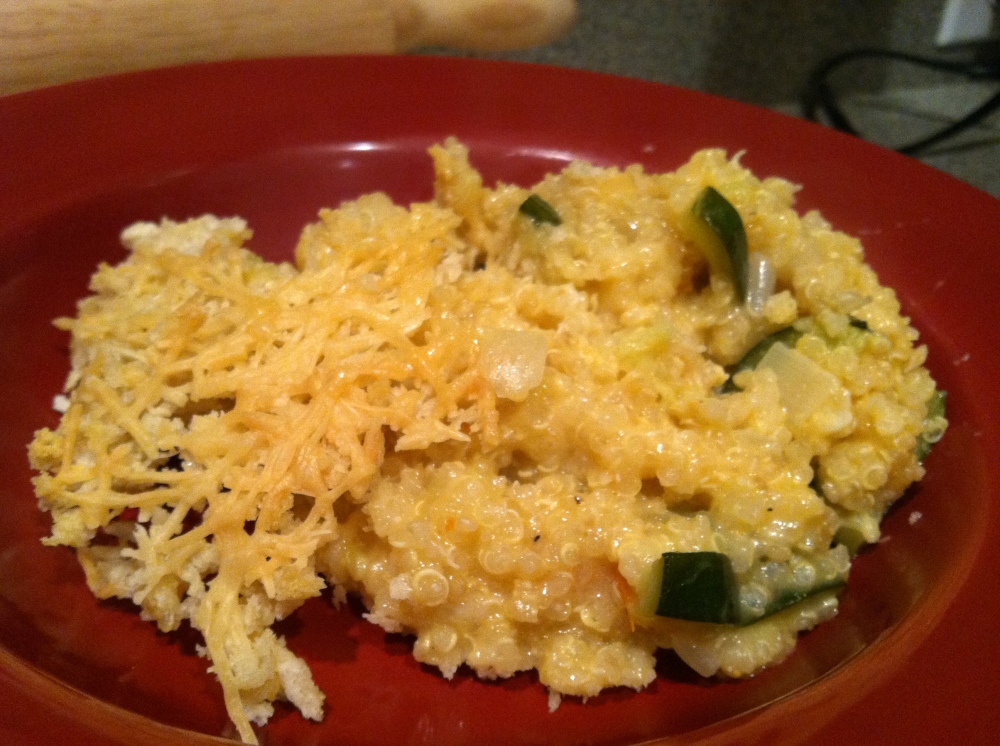 vegetables of your choice- I used onion, zucchini and tomato

garlic, salt, pepper and other seasonings

1 cup cheese of your choice (I used a mix of mozzarella, cheddar, and parmesan)

Saute your vegetables in a little olive oil, salt and pepper until partially translucent.

Clearly you have a lot of flexibility with the flavor in terms of cheese, vegetables, and seasonings.

Add the quinoa and toast for 5 minutes or so until opaque.

Add your liquid- I used water but you could use chicken or vegetable stock for more flavor. The amount of liquid is double your quinoa- so 2 cups of water to 1 cup quinoa. Add additional seasoning- I used Jane’s crazy mixed up salt (in love) but you could add any dried herbs, red pepper flakes, etc. Lower the heat and let it simmer for 10-12 minutes, stirring occasionally, until most of the liquid is absorbed. 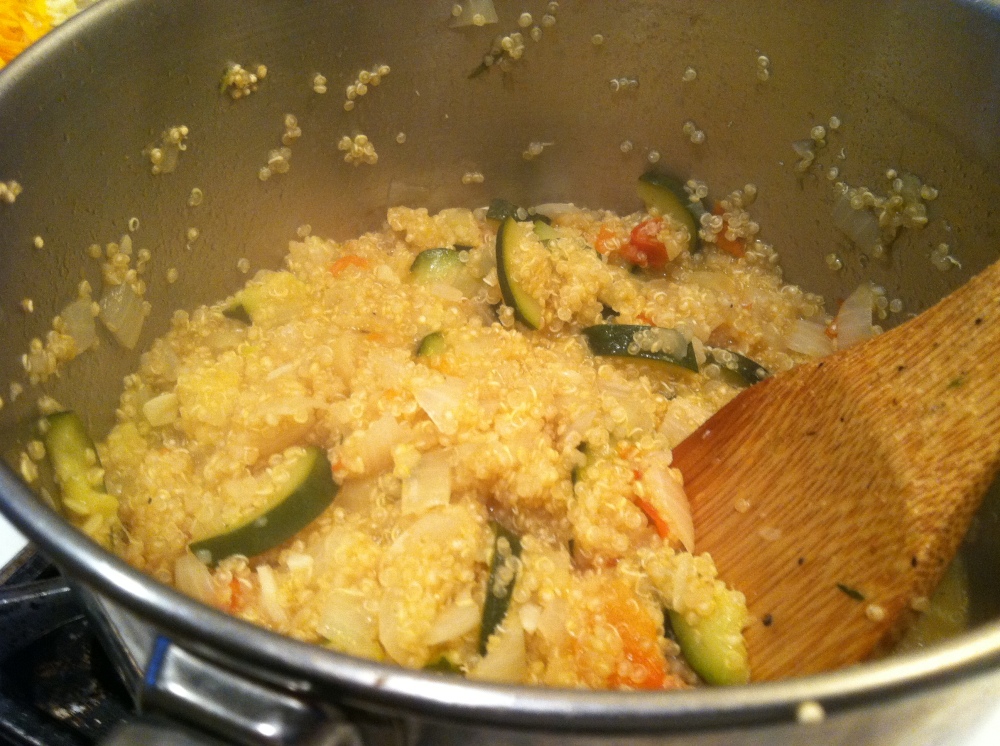 In a bowl, whisk together the milk, egg, and grated cheese. Pour in the quinoa mixture and combine. It will look gross at this point.

Pour into a greased pan and top with breadcrumbs or more cheese (optional). I used panko and parmesan. Bake at 350 for 30-35 minutes depending on the depth of your dish.

It’s a stretch for me to call this mac and cheese because I’m such a blue box fan. In college when Danielle and I had mac and cheese nights we would make two boxes. For just the two of us. We’re gross.

I don’t think they’ll be signing up an orange dinosaur with his own cheese filled amusement park to market this dish, but as I said I ate it four nights in a row and I’m a brat. So it must be good.

I’ll scrawl it on a recipe card that says “From the Kitchen of Erin” on it for you. Nighty night.