I know a lot of people have resolutions surrounding eating better and exercising more. But I also thought some people might have a resolution to cook at home more often (which most of us know ends up leading to healthier habits anyway).

So while pulled pork isn’t the first thing that comes to mind when you think of health, it is a completely easy, foolproof option that is pretty versatile and can be re-purposed for multiple weeknight meals.

This isn’t my first rodeo here with pulled pork. I’ve done it a million ways with all different sauces and spices. But for the last year or so, I’ve had one method and one method only.

BEER. That’s it that’s all, folks.

I season it on both sides with salt and pepper, sear it all the way around (TG for my Cuisinart Multicooker still waiting for them to sponsor me), pour a bunch of beer in there, and let it cook low and slow for 8 hours.

I tend to use a dark beer- we still have a LOT of leftover oyster stout from our wedding- but really anything will work. Just keep in mind that you’re going to TASTE the beer more if you use something darker and stronger, whereas if you use Bud Light (don’t tell me you used Bud Light) it’s going to be more mild.

Once I discovered this beautiful trick I haven’t gone back to the complicated spice rubs and marinades. Because a) this comes out just as good, if not better and b) you can add your extra flavors and toppings AFTER the fact, leaving you room to switch up those profiles for multiple meals. Ya dig?

So go out and buy a big hunk of pork, preferably bone-in. It will either say butt or shoulder, or sometimes both. Apparently pork butt is its shoulder? Maybe I need to take a closer look at a pig.

We’ll review the process one more time for clarity: 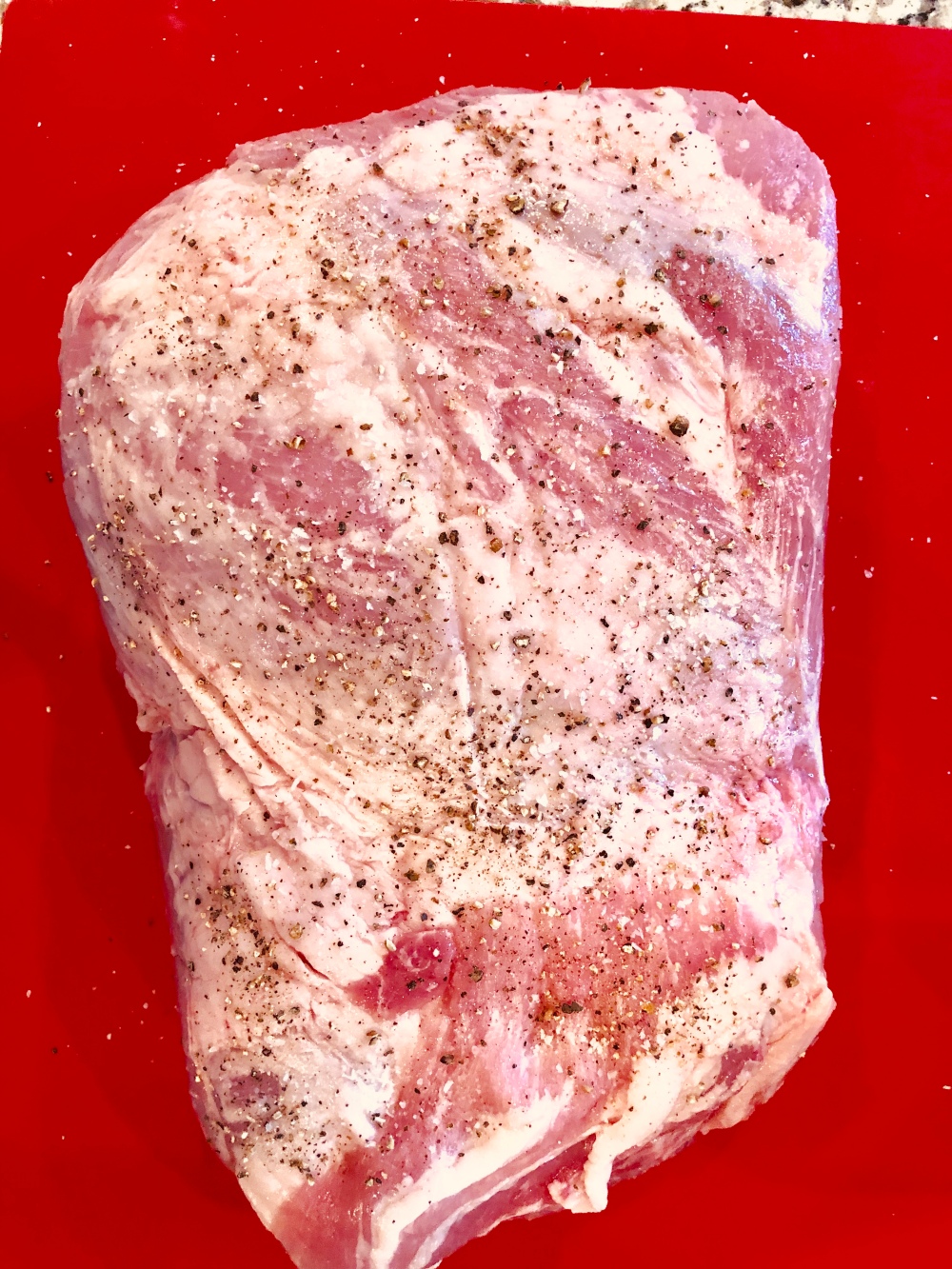 I’m using this big ol’ butt at least 3 ways. Last night we had carnitas tacos. A little avocado, red onion and cilantro. Plus my special sauce- plain Greek yogurt mixed with adobo. Really I just wanted to use these new taco stands we got for Christmas.

The GS pointed out that I used them wrong- they were upside down and supposed to hold three tacos, not two. So much for portion control.

(JK he was right, I did have them upside down by accident. Next time- 3 tacos each.)

For tonight, I was inspired by these pulled pork stuffed peppers. I have some leftover Mexican rice that I made to serve with the tacos that I’ll throw in there with black beans, the pork, and shred some pepper jack on top.

Friday nights I teach a double and I’m always ravenous when I get home so the plan is to toss some pork in regular old store bought barbecue sauce, throw it on a good soft roll and call it a night.

So there you go! 3 ideas for weeknight meals from one very low maintenance protein cook. Get after it!