The house next door to ours is currently vacant and under foreclosure. This isn’t a bad thing because hopefully someone will buy it and flip it for some lovely neighbors to move into it.

Our former neighbors were nice, but kept cat food out on their stoop so we had 55 cats roaming our block constantly. And you know how I feel about cats. Never saw a rat, though.

When we moved in they brought over a little welcome cake from Whole Foods, which was lovely and thoughtful, but also a weird the-world-is-ending religious book. So not the worst neighbors ever, but room for improvement.

In their backyard there is an enormous fig tree that hangs over our second floor deck. So technically it’s on our property, and also there’s no one living there to enjoy all the figs! Therefore we made the responsible homeowner decision to have the GS pick like 100 figs.

I texted Sheila for a suggestion on what to make and she recommended “fig clafoutis.”

I did some internet digging, picked a recipe and tweaked it, and last night when the GS got home I proudly announced “I made you a klafootis!”

He was understandably uncertain about said dish, but ate it both for dessert last night and breakfast this morning. He loved it so much that he asked me to make another one to take to Rhode Island this weekend for his fig-loving family.

Again I announced, “The klafootis is ready!”

He said “What are you even saying? How is this spelled?” I spelled it for him and he looked it up.

“It’s ‘klah-foo-TEE’. It’s French. And it’s only a clafoutis if it’s cherries. Any other fruit, it’s technically called ‘flaugnarde’.” (Not even going to try that one).

Just for giggles I’ve continued to refer to it as klafootis, which ultimately resulted in him asking me not to speak when we go to France in a few weeks. 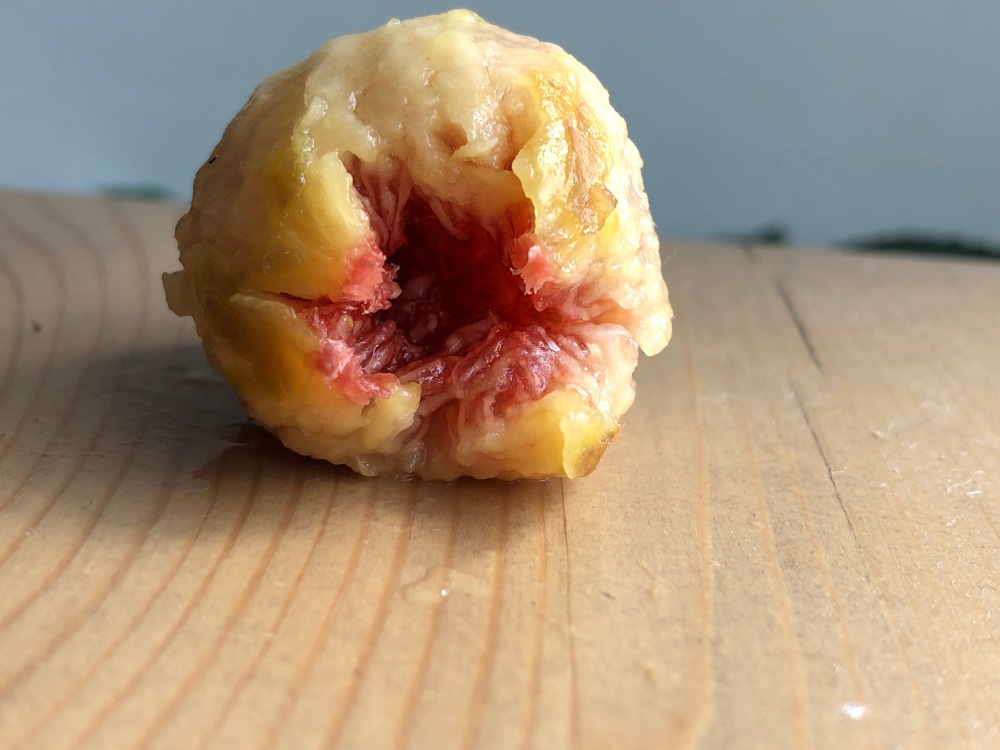 adapted from Joanne Eats Well With Others

Grease a baking dish. I used butter because it feels more wholesome for baking. Preheat the oven to 400 degrees.

Spread the figs in the dish. The original recipe recommended tossing the figs in sugar, but they are so naturally sweet on their own that I opted against that. Your call.

Whisk the eggs, then add the remaining ingredients until fully combined. Pour the batter over the figs, and bake at 400 degrees for 40-45 minutes. The second time I made it, I sprinkled some cane sugar over the top about 20 minutes in just to give that top crust a little extra crunch and sweetness. 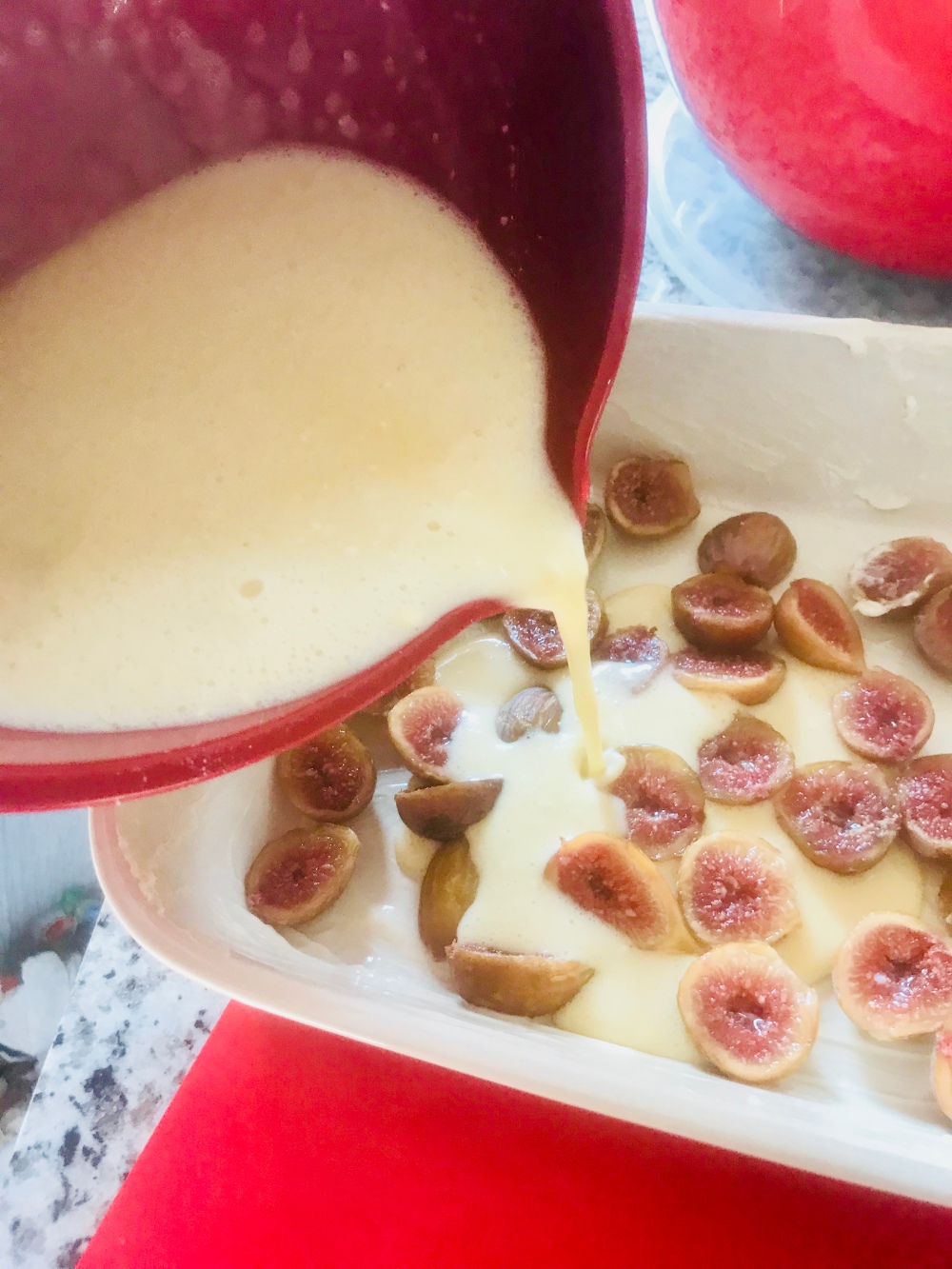 It will be pretty puffed up when you first pull it out of the oven but it settles down. You can serve it warm with whipped cream, vanilla ice cream, or frozen Cool Whip if you’re the GS. Or cold for breakfast. It’s kind of like a bread pudding/pancake/custard texture and it’s somehow good at all temperatures.

We’ll see who knows more about French cuisine when we get there.