It’s been a whirlwind 3 weeks.

I went to Nashville for a work trip, flew back on a Friday night and left bright and early Saturday morning for Savannah. We spent the week there on a family vaca and had a great time. Then I flew to Charlotte on Monday for a work meeting. So I’m just getting around to filling you in on our trip! 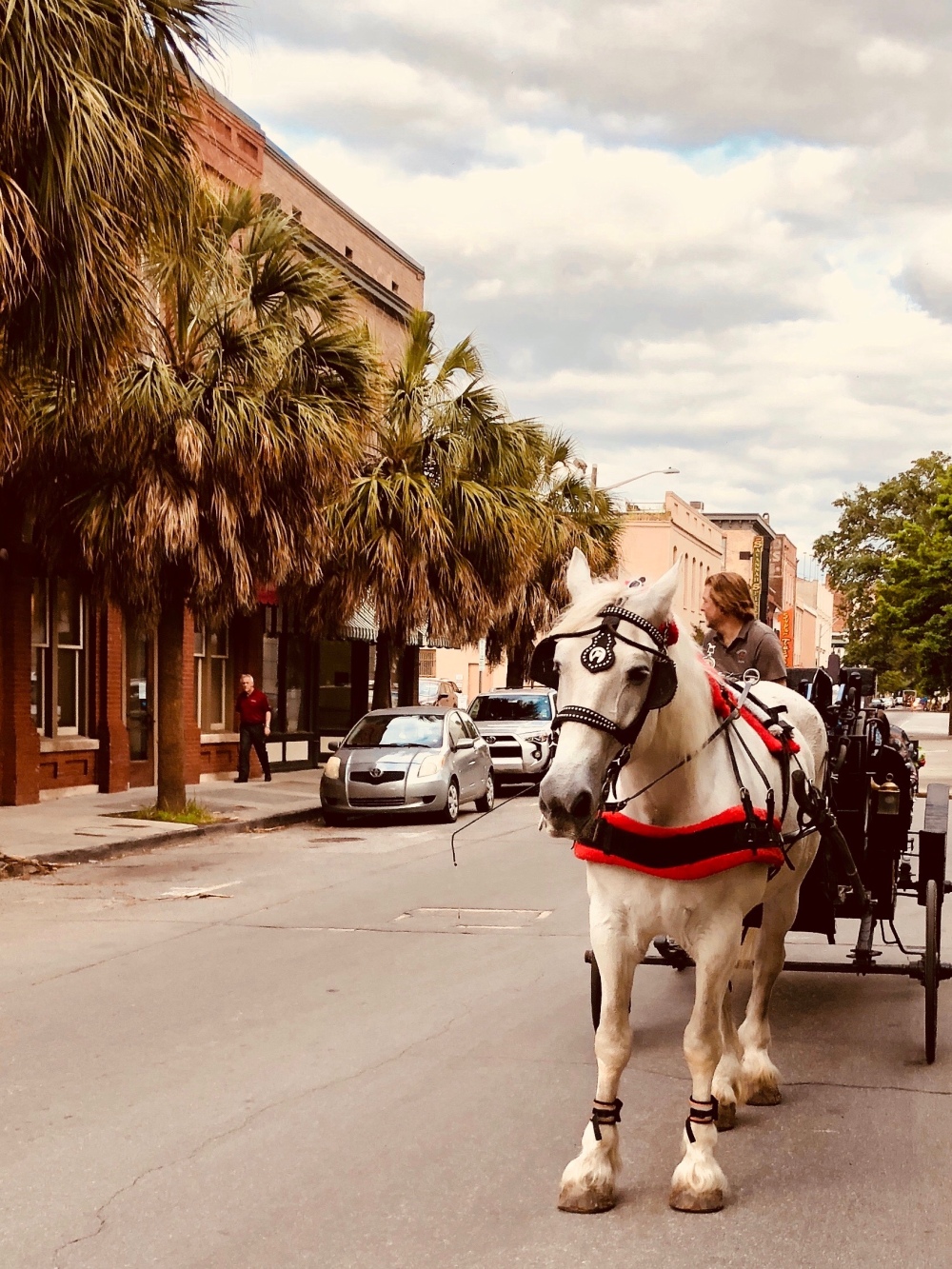 We ate a few delicious meals out. I had the best fish tacos of my life (blackened grouper) at this little place called Driftaway Cafe. It says a lot for me to order the same thing twice at the same restaurant, but that’s exactly what I did when we went back for our last night. 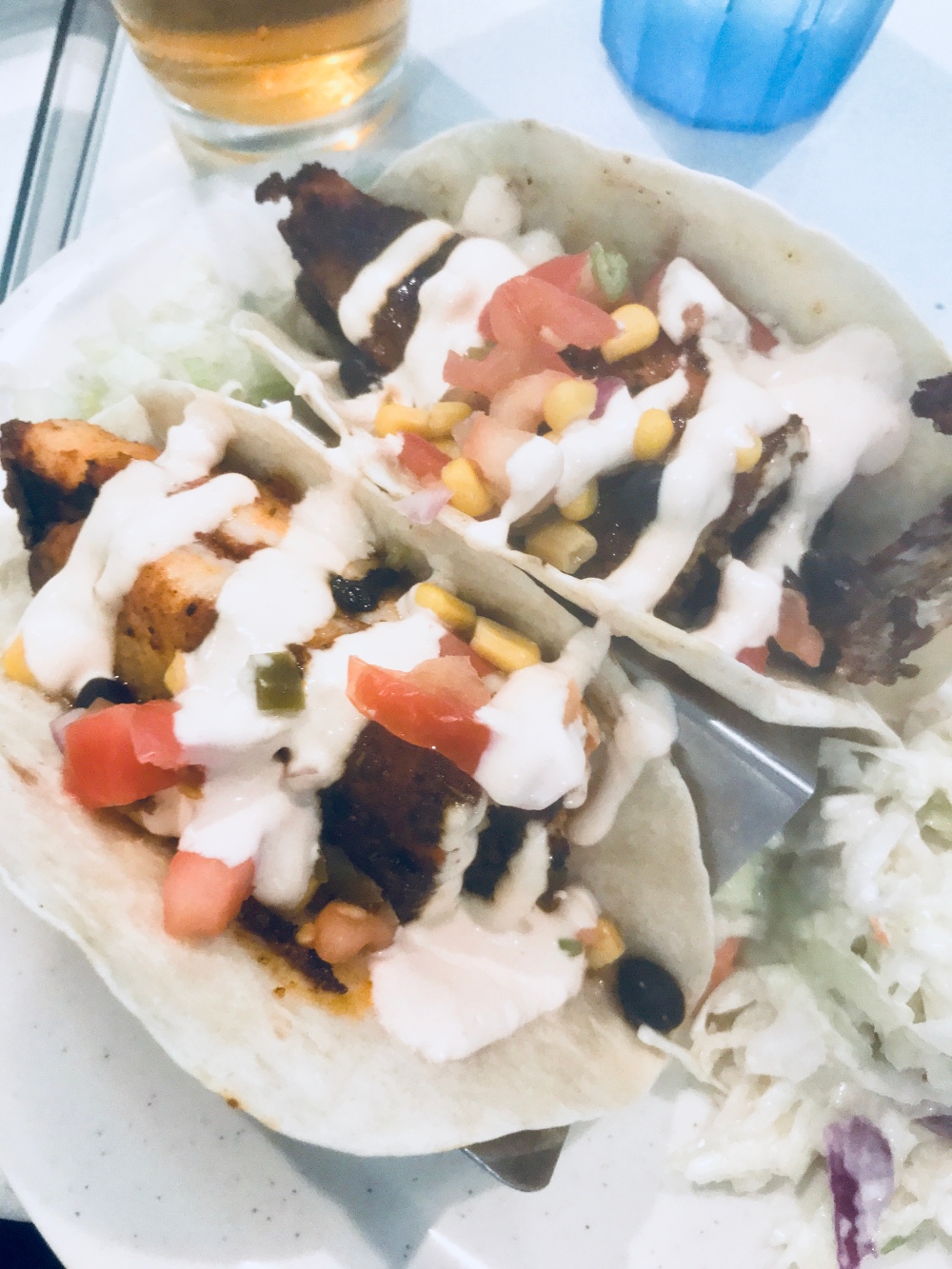 Also the best avocado toast of my life at Collin’s Quarter. 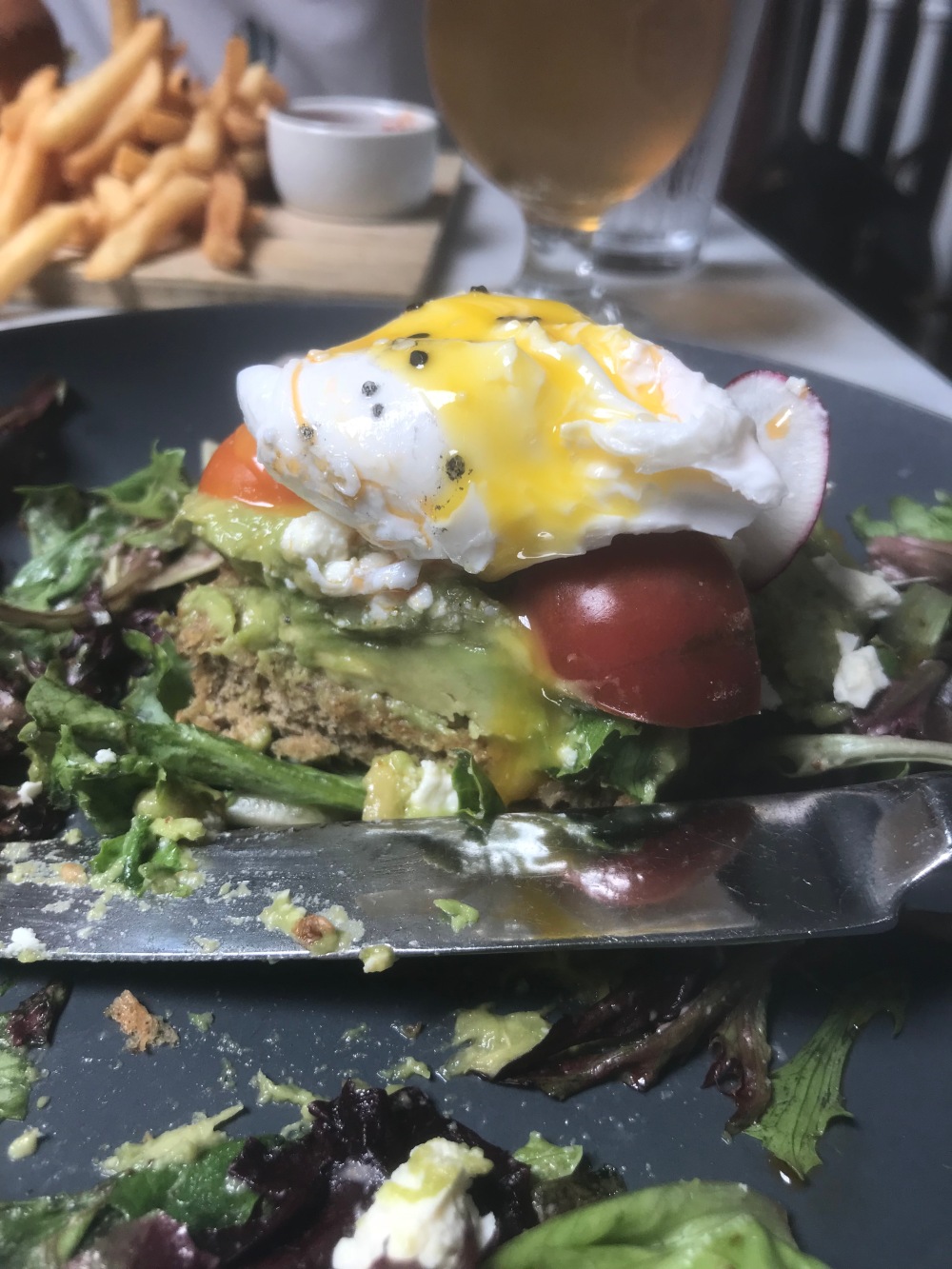 For dinner that same night, we went to a downtown Savannah spot called Treylor Park where we all raved about our food. This was the “low country boil” flatbread. It doesn’t look like much, but I’m still dreaming about it. 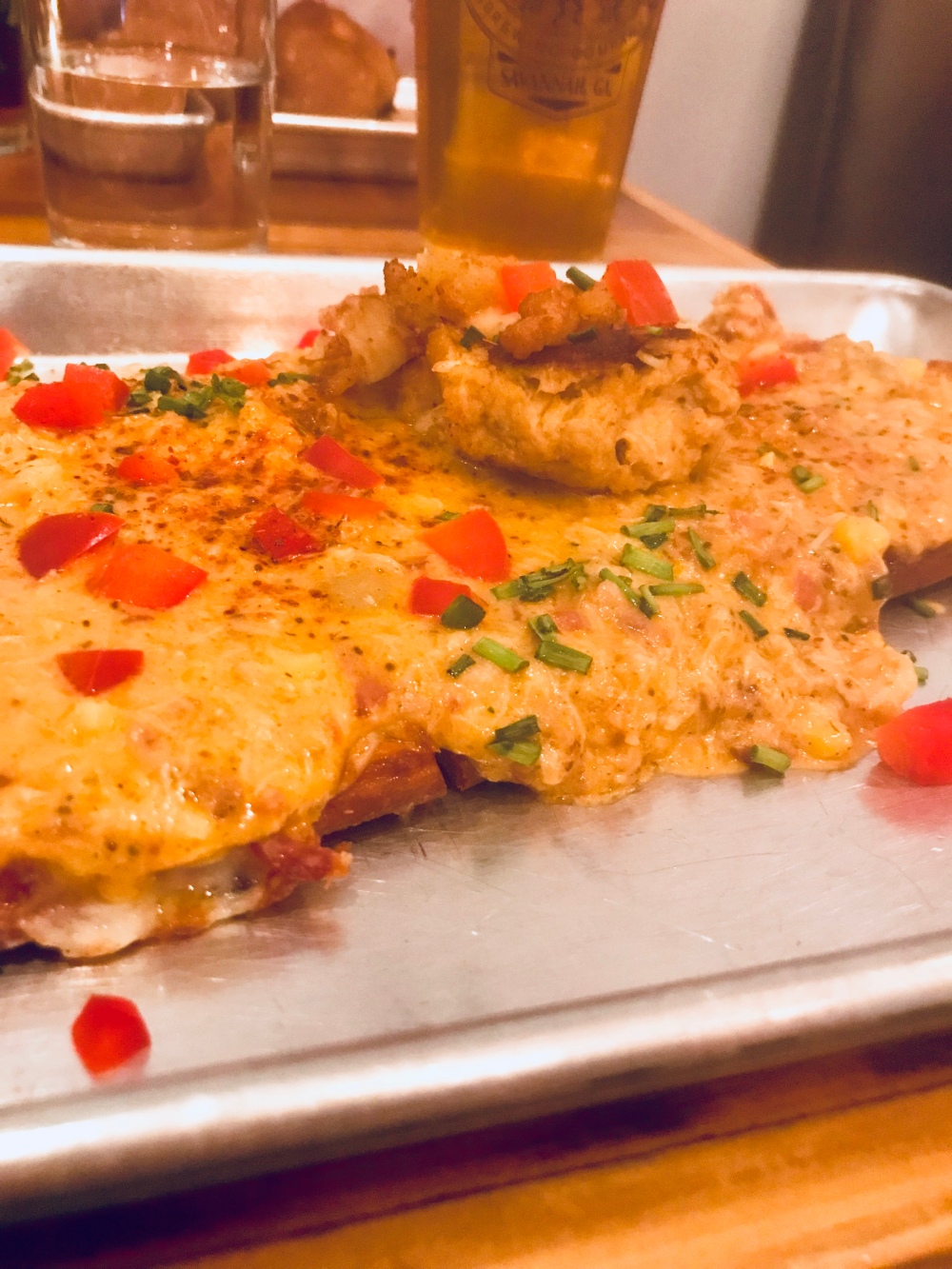 The GS had shrimp and grits tacos that he claims were the best of his life, and supposedly they had a bangin’ pot pie. I drank two beers after our Segway tour, unaware that they were 9.5% alcohol and suddenly found myself the only drunk person in the group. #familyfun

Not wanting to dine out for all of our meals, we decided that we would each do a team dinner one night. Teams: GS and myself, Kelly and A-Aron, and Morgan and Kevin. Morgan and Kevin bravely took the first night. Morgan made a delicious orzo dish with roasted veggies and sausage. 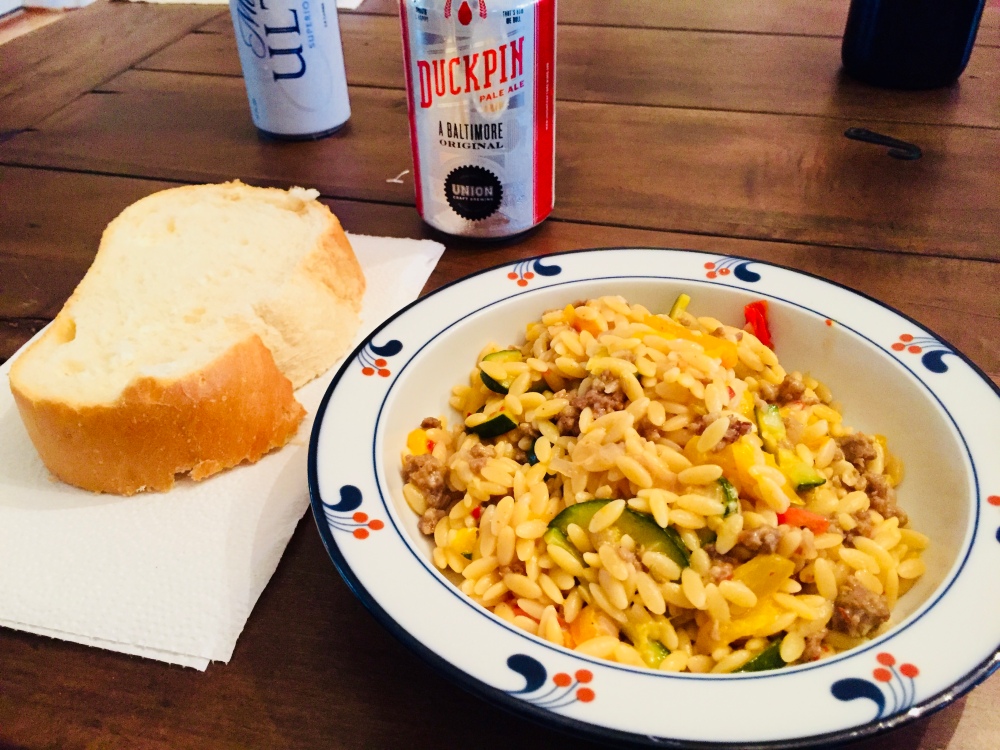 The GS and I took 2nd position, and decided on beer can chicken. It’s something I’ve been wanting to do for a long time and this seemed like a festive occasion for it. It’s pretty easy and delicious, and makes for a fun presentation. I basically followed these directions, except that I didn’t want to buy a bunch of spice containers so I cheated and bought the McCormick Chipotle and Roasted Garlic seasoning to mix with the butter. 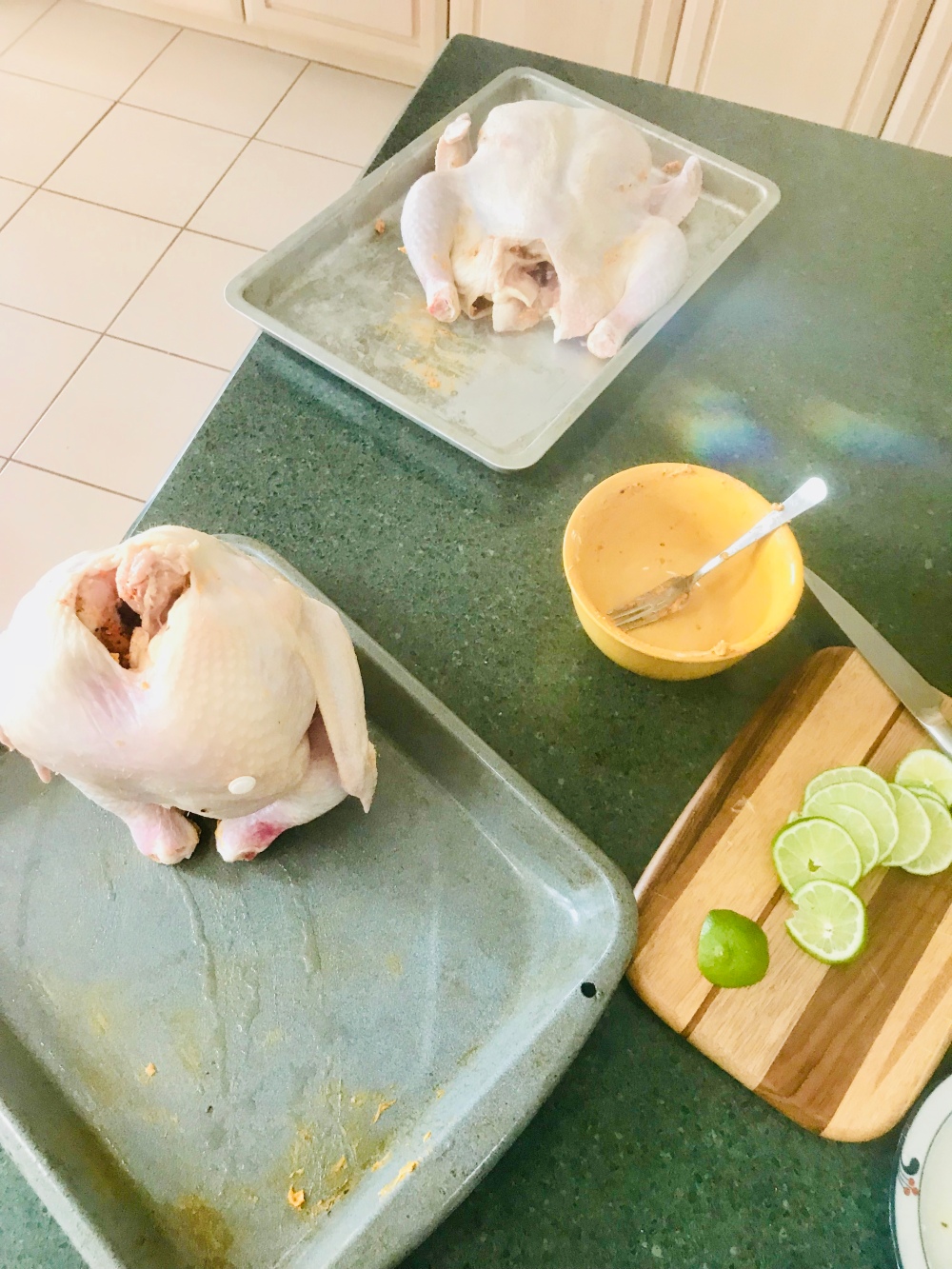 I propped up one on a can of Mich Ultra, and the other on a Sweetwater 420. I didn’t really expect the chickens to taste different (they didn’t) but I thought it would be festive to use a southern beer. I would recommend the taller skinnier can, though. 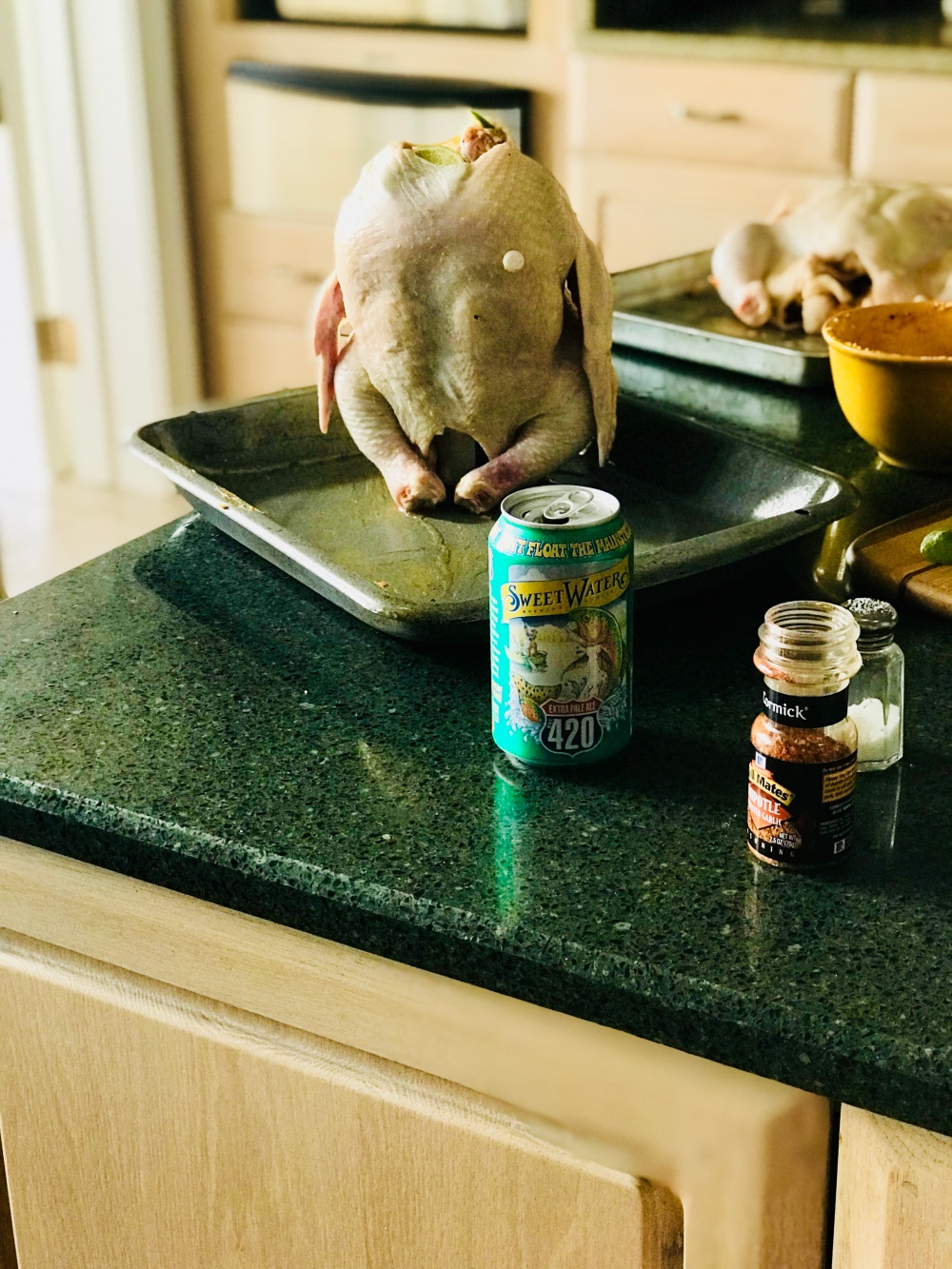 We served it with rice pilaf and asparagus. And then I made a lemon icebox pie for dessert. Still one of my all time favorite dessert recipes. 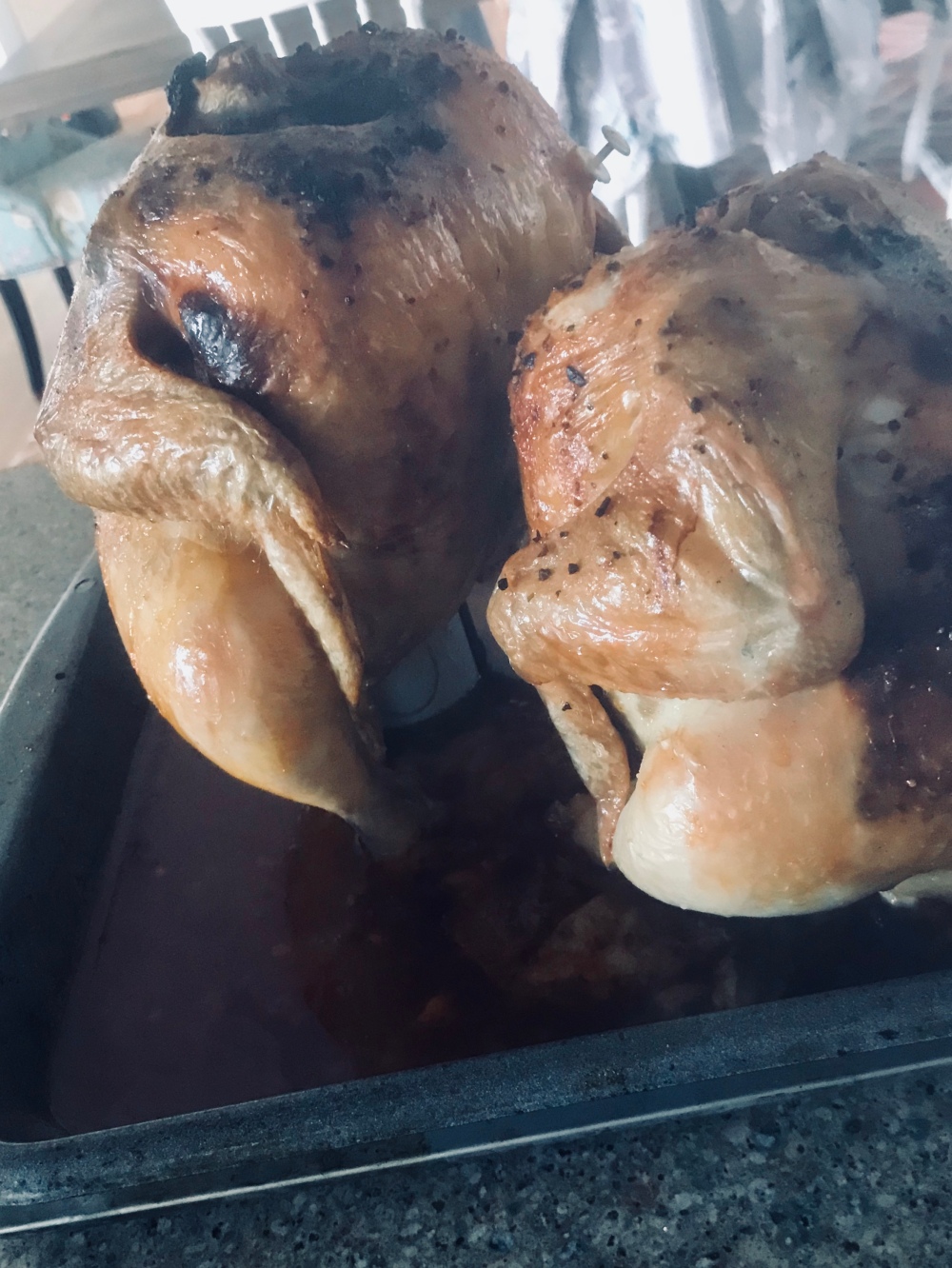 Is it weird to say they look cute together? 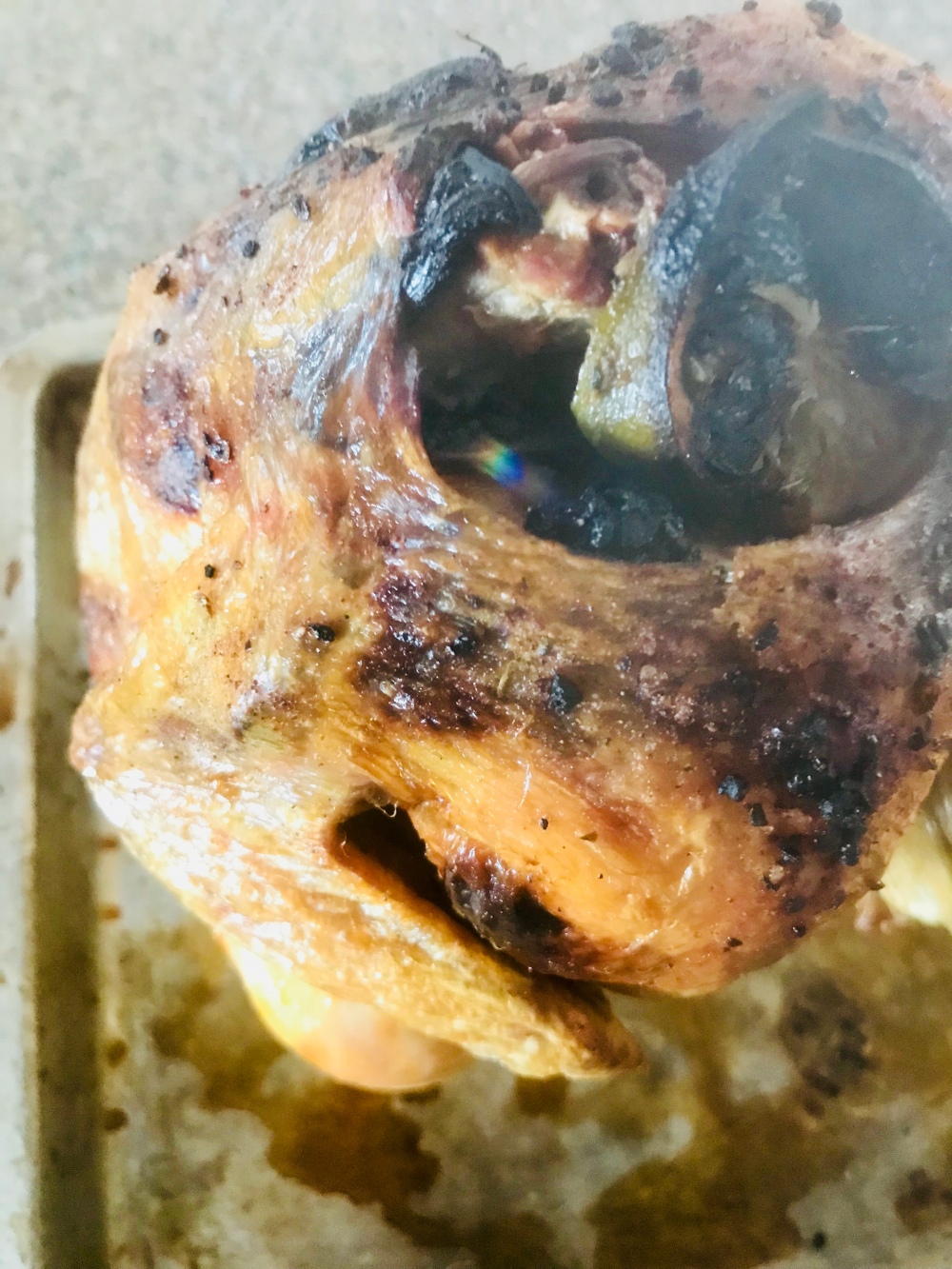 Last but certainly not least, Kelly and Aaron served filet mignon, broccoli, and roasted potatoes. I didn’t take a picture but I promise you it was fabulous.

Kevin, who always has a way with words, declared “Well obviously Kelly and Aaron spent the most and Morgan spent the least.”

Bold statement from the one person in the group who spent nothing. Bottom line, we had three delicious dinners and declared it a tie. That’s saying something in my family. 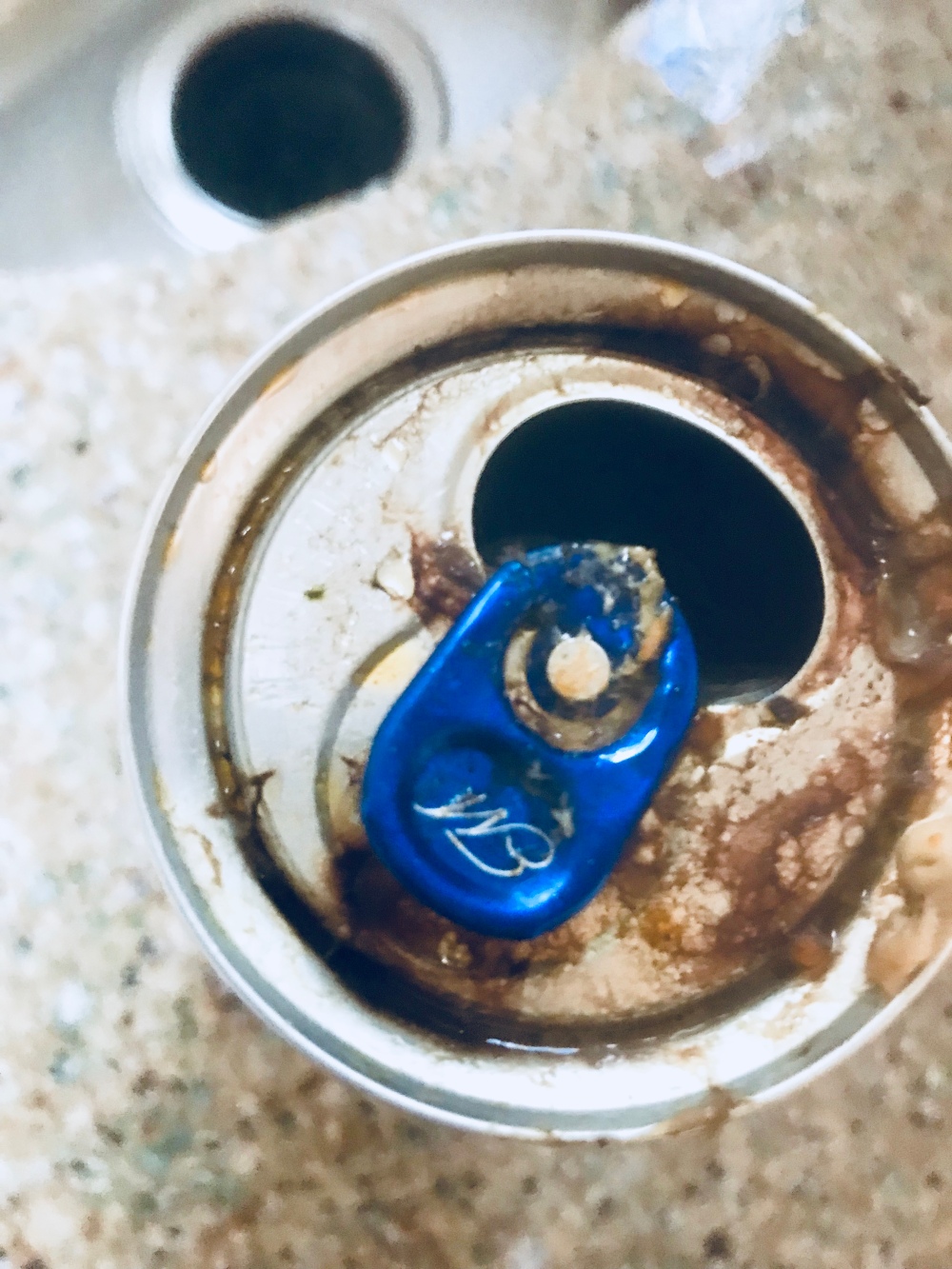