A couple of weeks ago, we went down to Wilmington, NC to celebrate my future SIL’s birthday. I had never been there before and it’s a pretty cool spot! Lots of breweries, and we loved the Riverwalk area.

We had brunch on Saturday at George’s on the Riverwalk, and along with this delicious Bloody Mary, I ordered their grouper reuben. I love a good reuben, and it was one of their specialties. 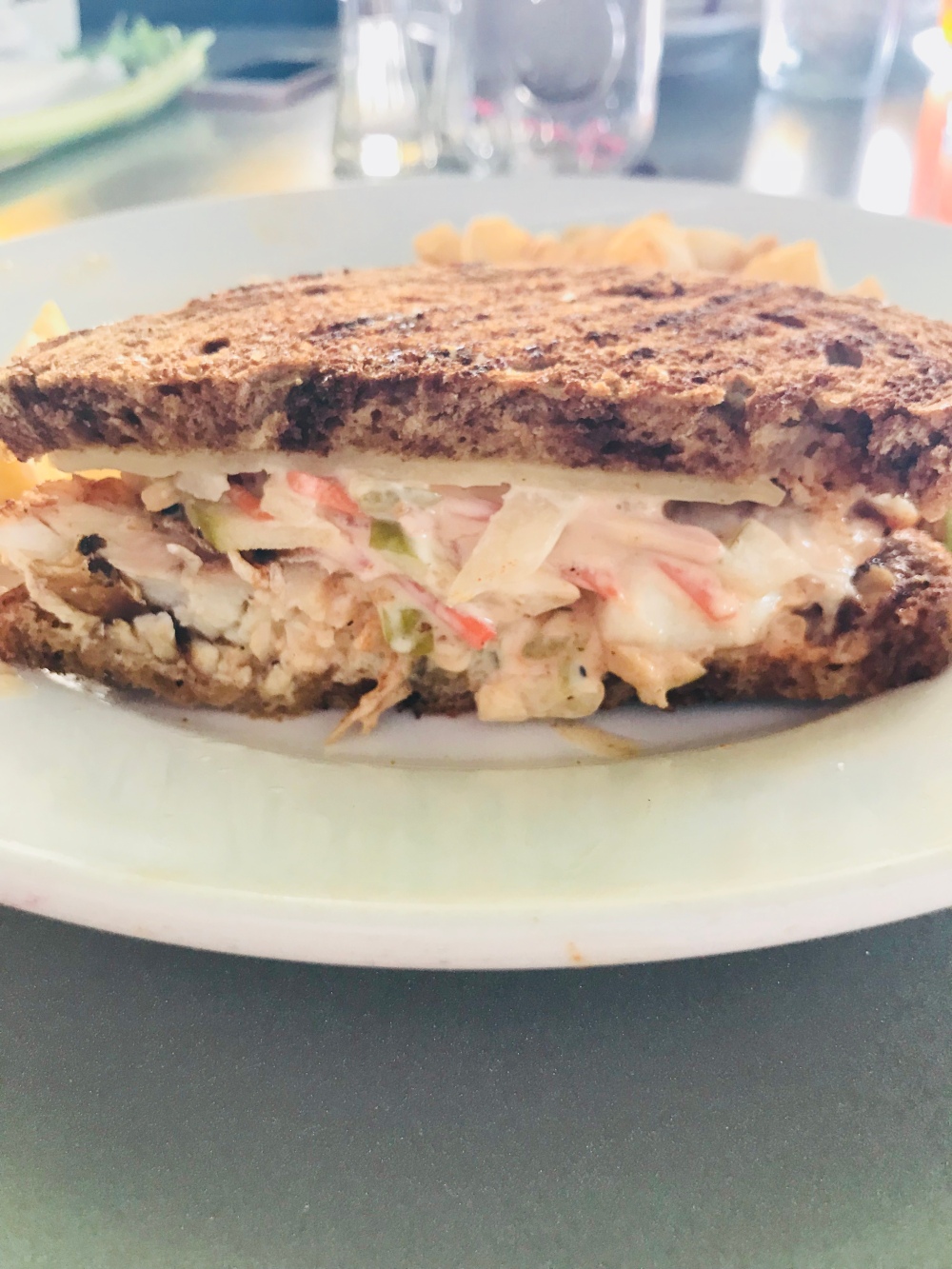 Yummm. I knew right away I was going to try to recreate this majestic creation.

Unfortunately I struck out on buying grouper. I even went to Whole Foods because I thought they might have a better fish selection, but he said it’s not in season. So I bought rockfish because I love it and because I thought “rockfish reuben” still sounded somewhat catchy. 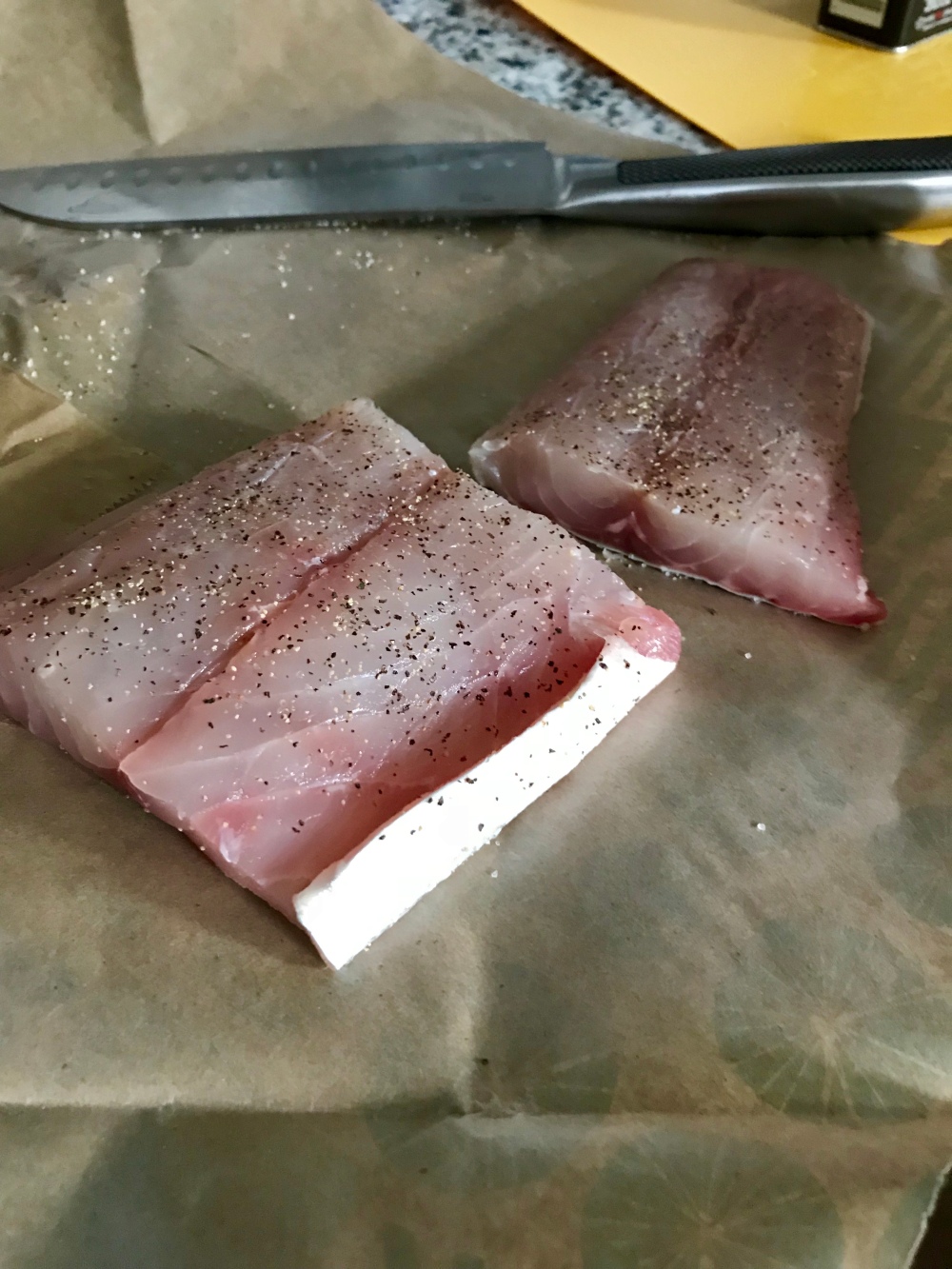 On a side note, I don’t understand how people shop at Whole Foods all the time. It is INSANE. I tried to buy as much stuff for this recipe as I could there, but then I ended up having to go to Harris Teeter anyway for the jicama. What a waste.

This is super easy and a good make-ahead meal. You can do the slaw and the thousand island dressing ahead of time, and then all you have to do when you’re ready to eat is toast the bread and cook the fish. Quick quick.

The sandwich I had at the restaurant advertised a “jicama slaw” which I thought was clever because grated jicama really does look like sauerkraut. I thought about buying coleslaw mix and adding the kraut to that, but the only option for this at WF was $7 for about 3 tablespoons. Pass.

I also found loads of recipes on the internet for thousand island dressing, but I just made it the way my mom always did- mayo, ketchup, and dill pickle relish. Nothing else needed. 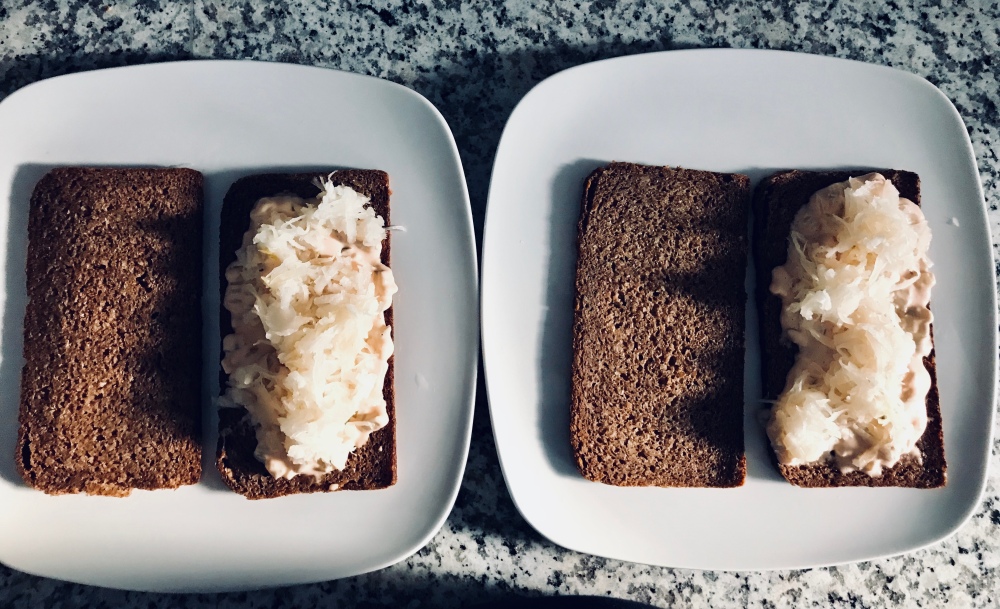 Season the fish simply with salt and pepper, and sear on both sides. I always start skin side down, and then the skin peels off pretty easily if you don’t like to eat it (I don’t). Cook it for a few minutes on each side depending on the thickness of your fish, then turn off the heat, sprinkle the Swiss on there and cover it up to melt the cheese. 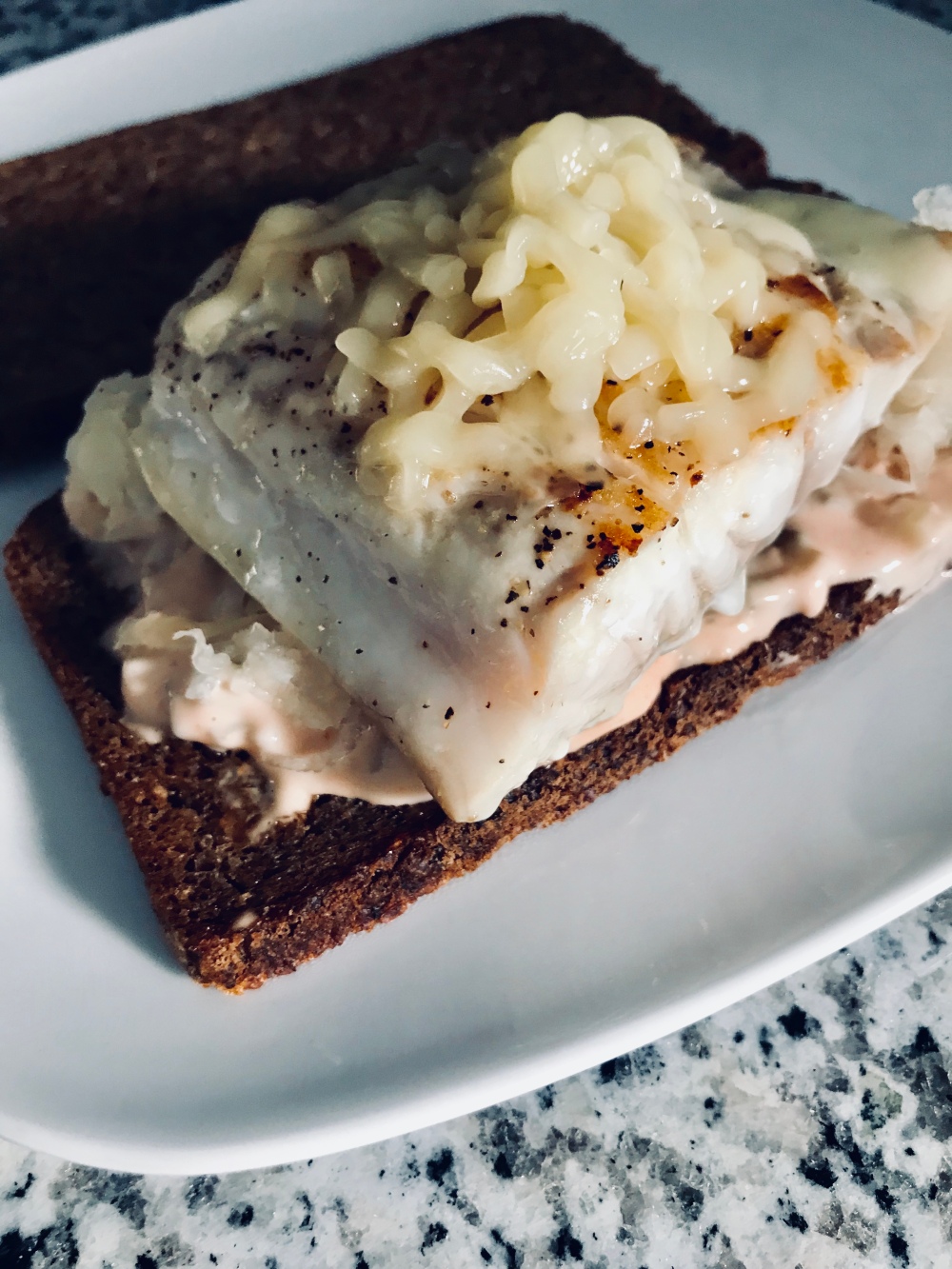 I know fish and cheese is a big no-no in some clubs (?) but it’s really not a reuben without the Swiss. I may have to stop doing it when I’m officially married in to an Italian family, but for now I’m sticking with it.