Big news: I CAN DRIVE.

On Sunday night the GS took me to a parking lot like a 16-year-old so I could practice. It felt great and not at all weird or painful which is amazing. Like riding a bike! My independence is back! I still have to mostly wear the boot when I leave the house, but I can take it off to drive and I’m thrilled.

And, like any good millennial, within 12 hours of said driving experiment I went and bought a new car.

I was planning to do this anyway pre-broken leg, and it just worked out to go this morning. I basically drive for a living and decided that it should be enjoyable. So I upgraded my 2011 CR-V for a 2018. And she’s soooo pretty.

I’m really trying to celebrate my victories because there are some things I definitely cannot do (i.e. the new Body Attack release). I may or may not have been on the verge of tears the other day trying to do just low-impact options of this in my kitchen and failing. Average. And then I asked my PT about it as if I thought he would give me permission to try and he was like yeahhh no.

And the GS is extra thrilled about this new development because it means he doesn’t have to go grocery shopping anymore. We did have one last Sunday trip together to Harris Teeter, where we grabbed the ingredients for these tacos. I saw this post and I already had shrimp in the freezer, so I tweaked it a bit.

inspired by The Almond Eater

1 can chipotle peppers in adobo sauce

Defrost the shrimp. Peel and devein it, and pat it dry. Sear in a skillet for literally 1-2 minutes (I guess longer if you get bigger shrimp- you can see mine were tiny), then pour in some of the fire-roasted tomatoes. Remove from heat. 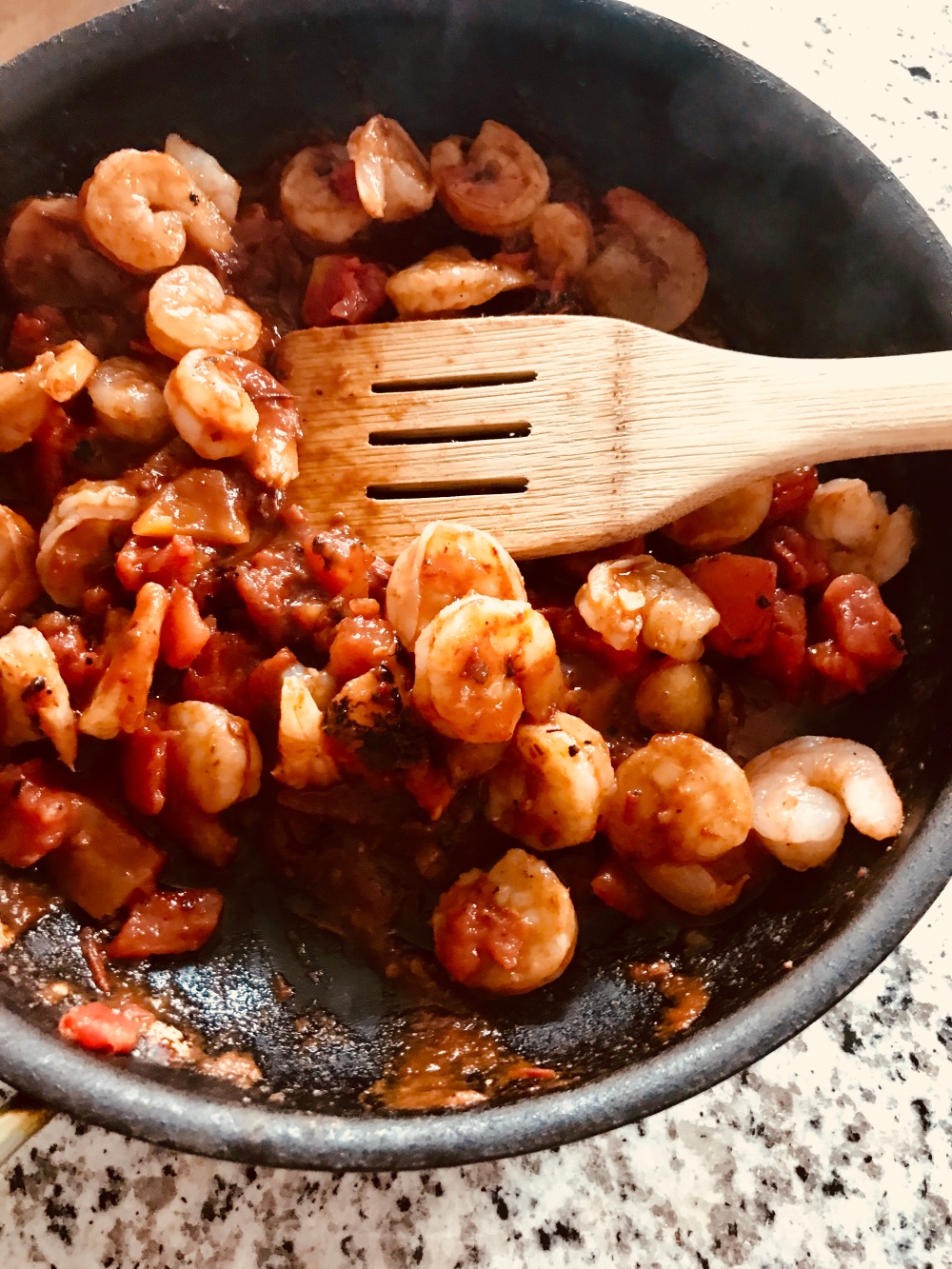 I blended the can of chipotle peppers, but if you want it to be less spicy you can just use the sauce from the can and pull the peppers out. Add a big scoop of this to the shrimp skillet. Stir everything around so that the sauces/tomatoes are heated through.

In a separate skillet, heat the corn tortillas so they are pliable. Layer shrimp, sliced avocado, cotija (which is like a mild feta), red onion and cilantro. Squeeze lime over the top. The GS also ate his with sour cream to cool them down. 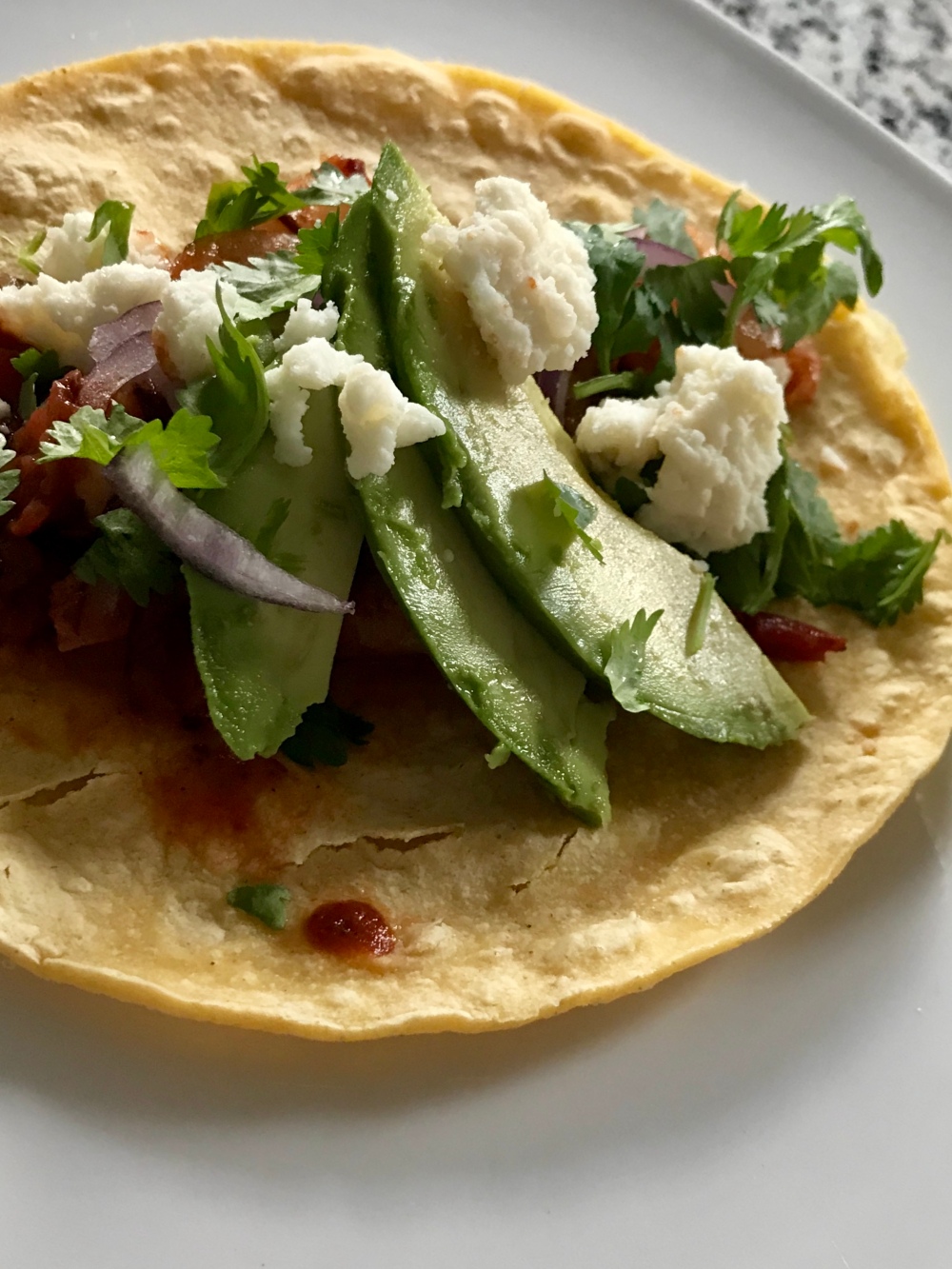 If you’re not into spicy food, I’m still forever in love with these shrimp tacos, too.

Next hurdle: standing on one leg.