Happy September! I hope everyone had a nice Labor Day weekend. We spent ours at the lake which was amazing even though we didn’t have the best weather. Really I was happy to have a 3-day-weekend that didn’t involve attending a wedding.

A group of 12 of us had a family golf tournament on Saturday. My almost-92-year-old grandmother played with us and, while she wasn’t on my (winning) team, apparently was the ringer on the putting green. I wasn’t the best player out there, but I was the most obnoxiously dressed. 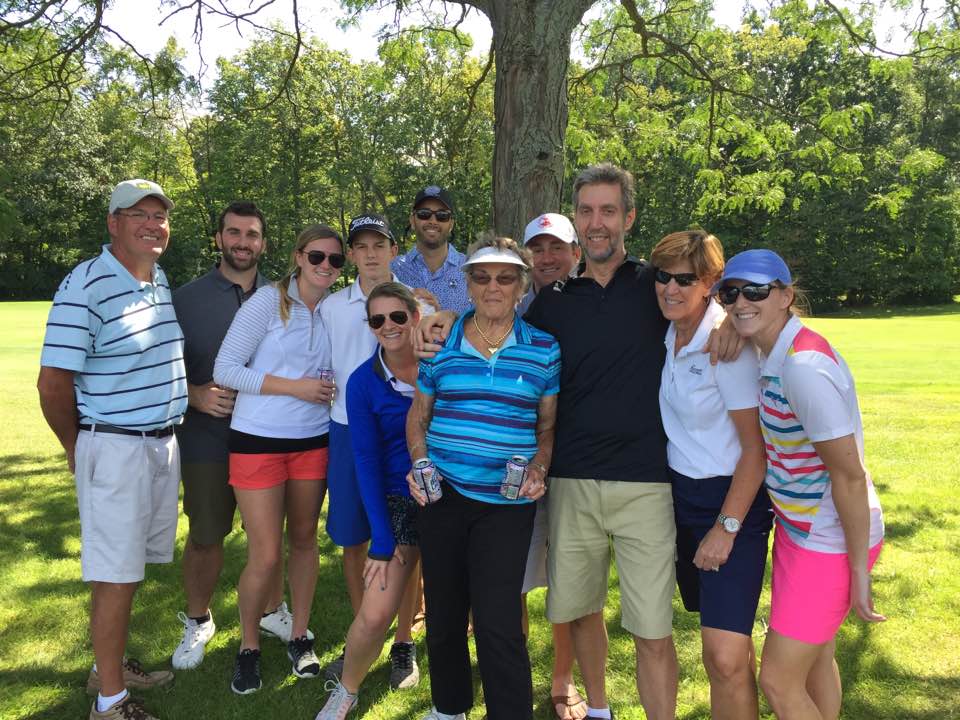 We also hit some wineries, played a hilarious and mortifying round of Cards Against Humanity, and took the boat out for some lake time. 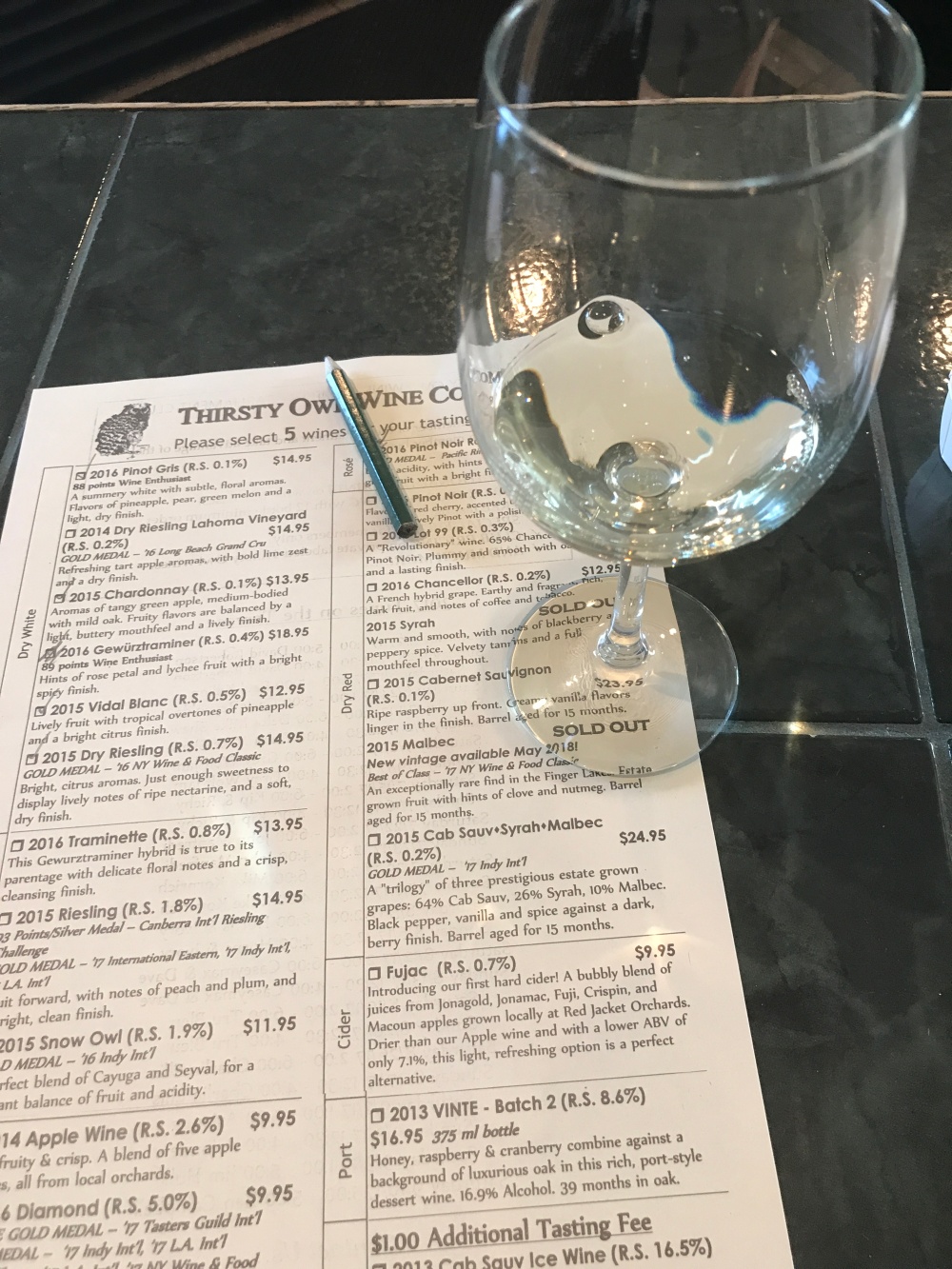 I first made this clam sauce recipe over the winter. I went to the grocery store and bought all the ingredients, only to find out that you can’t get littleneck clams in the middle of January. Imagine that.

I ended up going to a fish market where they STILL didn’t have them, but I was able to get some smaller frozen clams. The pasta was okay but not what I wanted so I chose not to blog it until I could do the real thing.

This time, Harris Teeter let me down again with their lack of clam inventory. You really can’t use the big clams because they’re too clunky to be served with pasta. So I made a special trip to Wegmans (as if I need any excuse for that) and luckily they had some.

This recipe is from Ethan’s family and was written in the “little of this, little of that” way which is also how I cook, but I’ll give you my best guess of measurements here.

*I bought a 50 count bag but this was way more than we needed, so if you’re buying by weight I would say a pound is probably plenty. You want about 6 clams per person

The sauce can be put together in the time it takes to cook the pasta. The only thing you need to do ahead is clean the clams- just scrub them and discard any that are already opened. Bring a pot of water to boil, salt it, and add your linguine.

Melt the butter and the olive oil on the stove. Saute the shallot and garlic, until translucent. Add the chopped clams, clam juice, and white wine and let it reduce a bit.

Then add the clams and cover, tossing occasionally until they have started to open. Any that don’t open can be discarded. 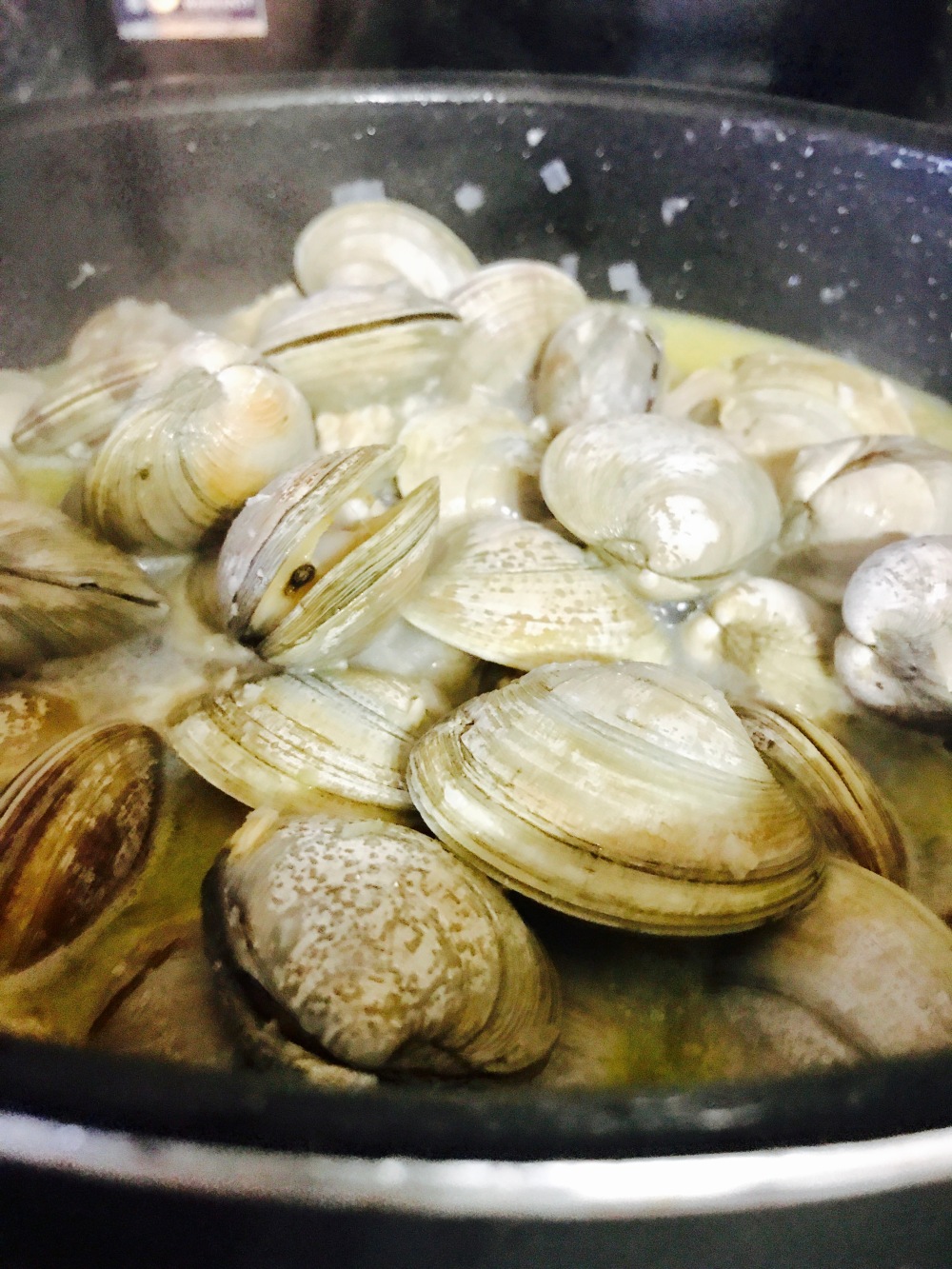 Toss the pasta with the sauce, clams, and chopped parsley and serve. If you want a nice presentation, remove the clams and put them on top of each serving. Clearly I didn’t do that.

You could also serve with grated Parmesan. It’s supposedly anti-Italian to combine cheese and seafood, but I won’t judge you. This is such a quick and easy (but impressive) dish to serve if you’re entertaining. And if not, it reheats pretty well. Just put it on the stove over low-medium heat.

Hanging on to summer and clam season as long as I can here.