I did it! Finally recreated one of our favorite dishes from Seattle.

The GS and I debated a lot about this one. He kept insisting that the sauce was “cheesy” and resembled the texture of “melted Velveeta.” I remember nothing about cheese, and distinctly remember the bartender telling me there was squash in it. We also debated whether any of the mussels were in their shells, or if they were all mixed into the sauce.

At one point, “Why don’t you just call Manolin and ask them?!?” I explained that most restaurants don’t give out their recipes over the phone. And definitely not at 9:30 AM on a Sunday.

We did a Wegmans run, and because the GS wanted to get to the golf course he suggested that we divide and conquer. So I gave him half the list and I took the other half, and we met in the middle. I was responsible for produce, seafood, fresh bread, and international ingredients. He was responsible for other extraneous household items.

Wrong size coffee filters, wrong brand almond milk, and he didn’t even attempt to select a brand of pasta sauce. He was unabashed, saying that he felt exhilarated and “like I just finished Supermarket Sweep.”

15 minutes later: “I still have so much adrenaline!!”

In spite of the relatively poor grocery store performance, this recipe was definitely still a team effort because he’s the seafoood expert, and I needed the validation that what I made mimicked what we ate on the west coast! We invited Kelly and Aaron over to enjoy it with us and they also loved it, so I would call it a success.

Peel and chop up the squash- I ended up with about 2 cups. Season with olive oil, salt, and pepper and roast at 375 for 20-25 minutes until soft.

Transfer to a food processor, and puree. One tablespoon at a time, add in the aji amarillo paste. I ended up doing 3 (heaping) tablespoons for the level of heat that I wanted, but you can adjust accordingly. Also puree in 2-3 cloves garlic, and season to taste with salt and pepper. 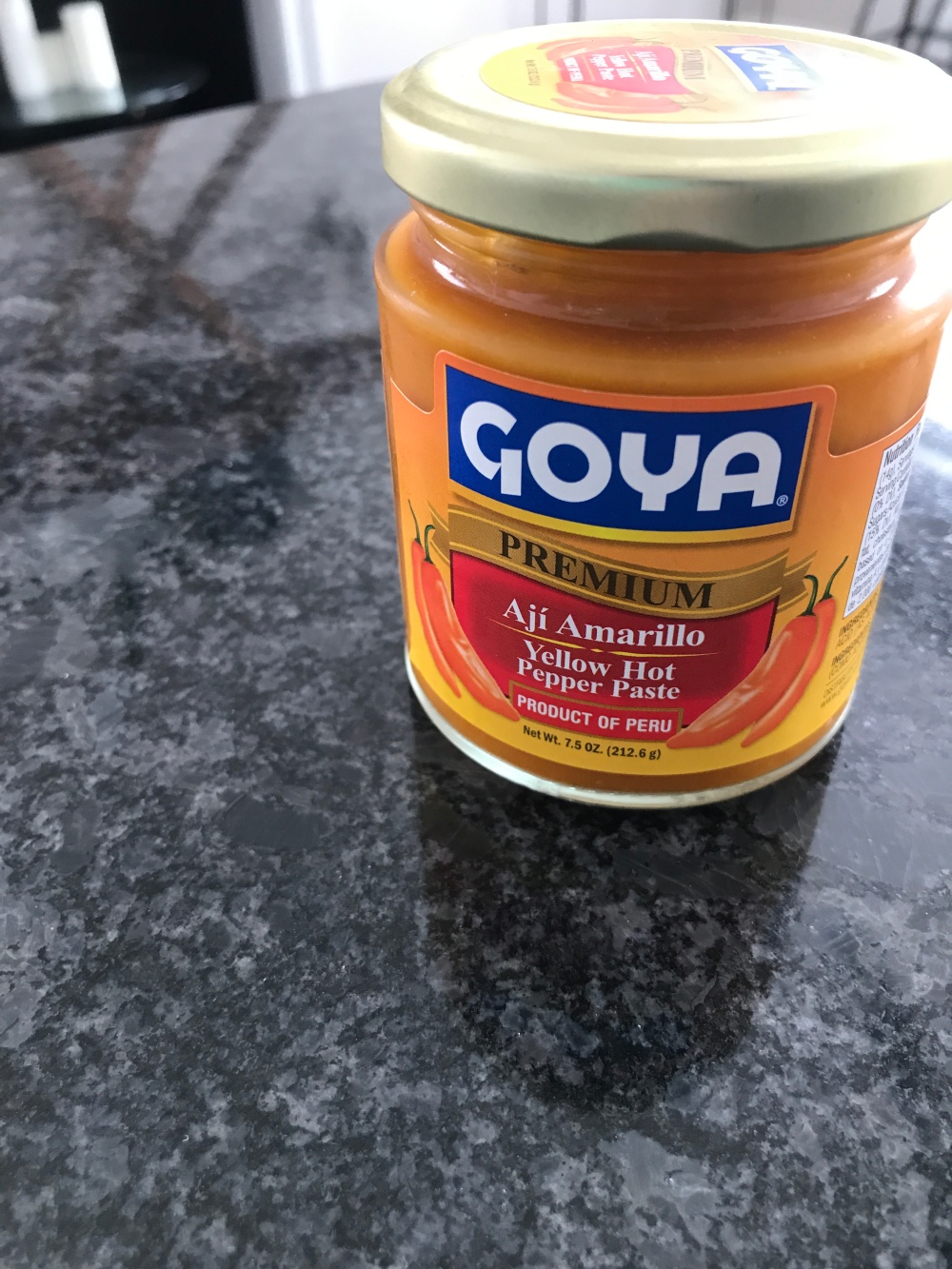 I made this ahead of time and put it in a Tupperware. When it came time to serve, I heated it on the stove, adding chicken stock in 1/4 cup increments until it had thinned out a bit.

Clean the mussels, discarding any that are already opened. Heat the butter, garlic, and parsley in a large saucepan. Add the white wine, and cook for about 5 minutes. Add the mussels and cover, allowing them to steam for 2-3 minutes. Once 90% of  them are open, they’re done. 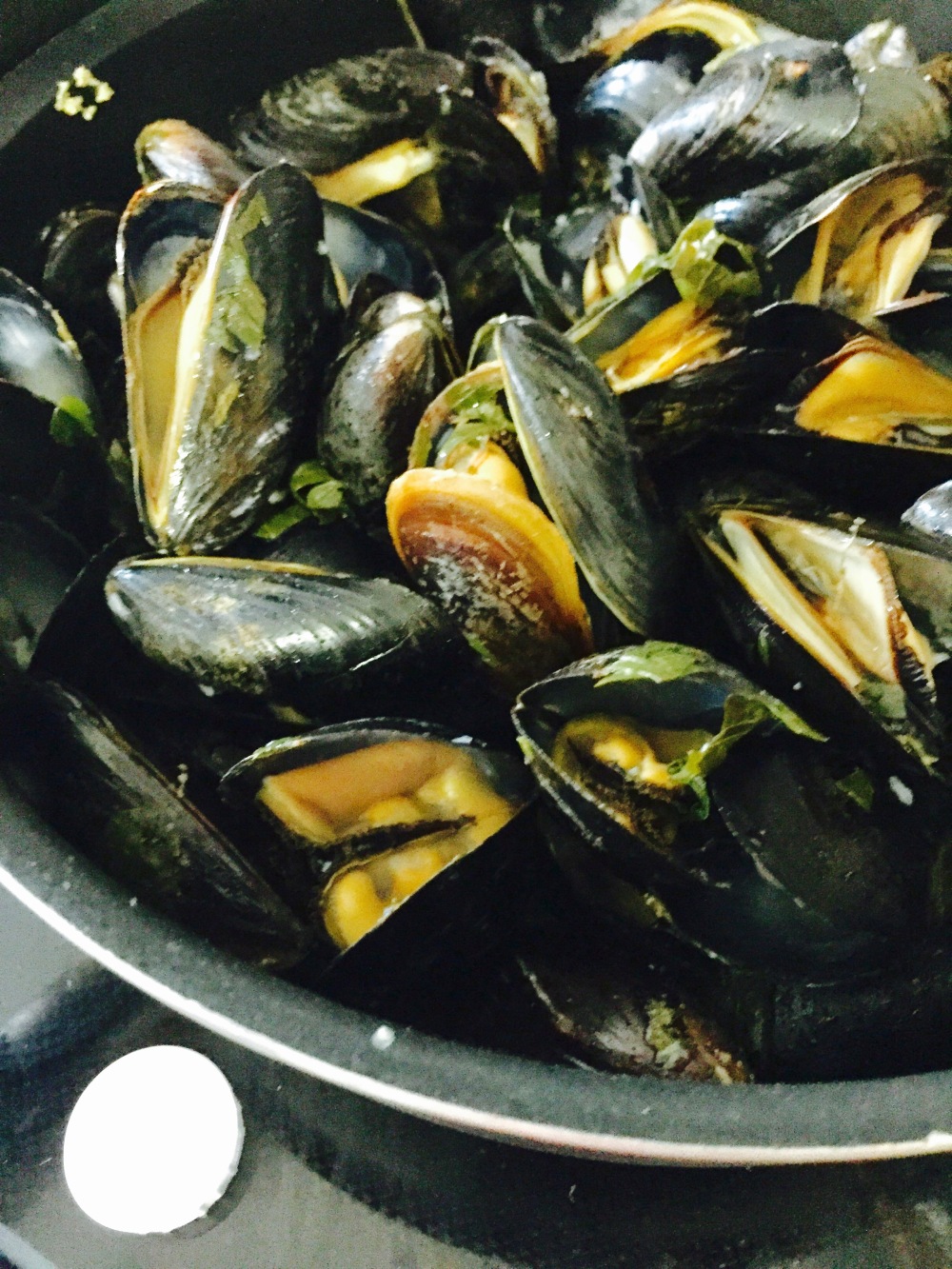 Because we had them out of the shells in Seattle, we removed most of them and added them directly into the squash sauce. Then we spooned that over sourdough bread, and served some on the side that were still in the shells. Yes, this is a horrible photo that again proves that I often scarf down my food prior to taking a full shot of the presentation. 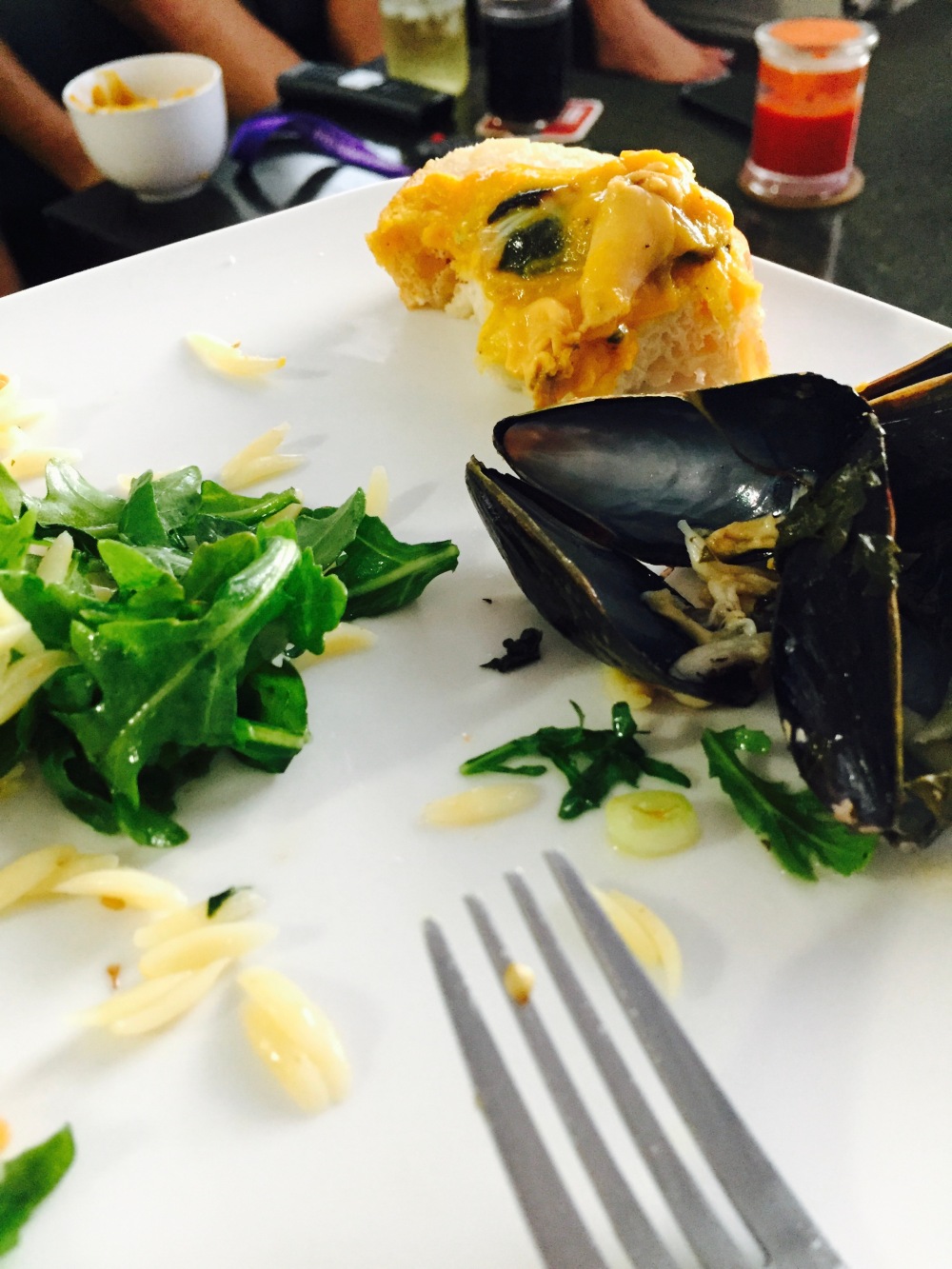 Definitely one of the most fun and creative things I’ve made, and Kelly deemed it “restaurant quality.” And that was without placing a call to Seattle.