Coming at you this morning from the Baltimore City Courthouse, where I’m currently serving jury duty. And by that I mean, sitting in the waiting area listening to an audiobook and begrudgingly catching up on work email.

I’ll take a brief moment to illustrate how rude and antisocial I am in real life. When one of the court employees mentioned that there was “extra seating upstairs,” I hauled ass up there and found a seat right next to the vending machine. There’s an outlet, and it eliminates the possibility of having another human on each side of me.

Despite literally 60-70 open seats in the room, a guy came over and sat right next to me. He tried to initiate some small talk, and I put my headphones in. When I got up to use the bathroom, I brought my things with me and found a seat several rows away from him. I am, however, pretty thrilled about the $15 cash I’m getting for being here.

My company’s annual meeting was in La Jolla this year, so the GS decided to take advantage of my free flight and accompany me out there. We got an AirBnb in North Park for the weekend, and then went up to La Jolla on Monday for my meeting.

Given that San Diego is known for being a mecca of craft breweries, we hit up the Stone Brewery and Gardens in Escondido straight from the airport.

If anyone has been there before they are currently thinking “your photos suck.” Contrary to my mediocre pictures, this place is really beautiful and we could have stayed there all day.

On the way back we took Coastal Highway so that I could stick my head out the window like a dog and inhale the Pacific air (I didn’t do this).

We found a random street fair on our way back and got some tacos to snack on. There was a lady making the tortillas from scratch right there at the stand! I love stuff like that.

Then for dinner we went to Tribute Pizza in North Park. It’s located in an old post office, and it has an open kitchen and people throwing pizza dough in the air. Because we knew we were getting pizza for dinner, we naturally decided to get two appetizers that also consisted of bread and cheese. I photographed neither of them because I’m so good at this. I could live on the focaccia bread with nduja (prosciutto spread with calabrian peppers) and burrata cheese.

Our pizza had vodka sauce on it instead of regular sauce. Why have I never done this?! I was really tempted to order this one just for the name, though…

Home Alone will forever be one of my favorite movies.

The next morning we had breakfast at Holsem Coffee.

Amazing granola, and some kind of ridiculous coffee concoction that included cold brew, coconut cream, and flaked coconut. It was more of a dessert than a morning caffeine boost, but I was on vacation!

The GS had never had avocado toast. That is all.

We hit up a bunch of breweries that day, starting with Green Flash. Yes, we’re so cool and took a selfie with one of those machines.

It also happens to be about 2 blocks from what I like to call Richard Blais Land. His upscale restaurant (Juniper & Ivy) and fast casual chicken joint (The Crack Shack) are right next door to each other. We opted for the chicken. 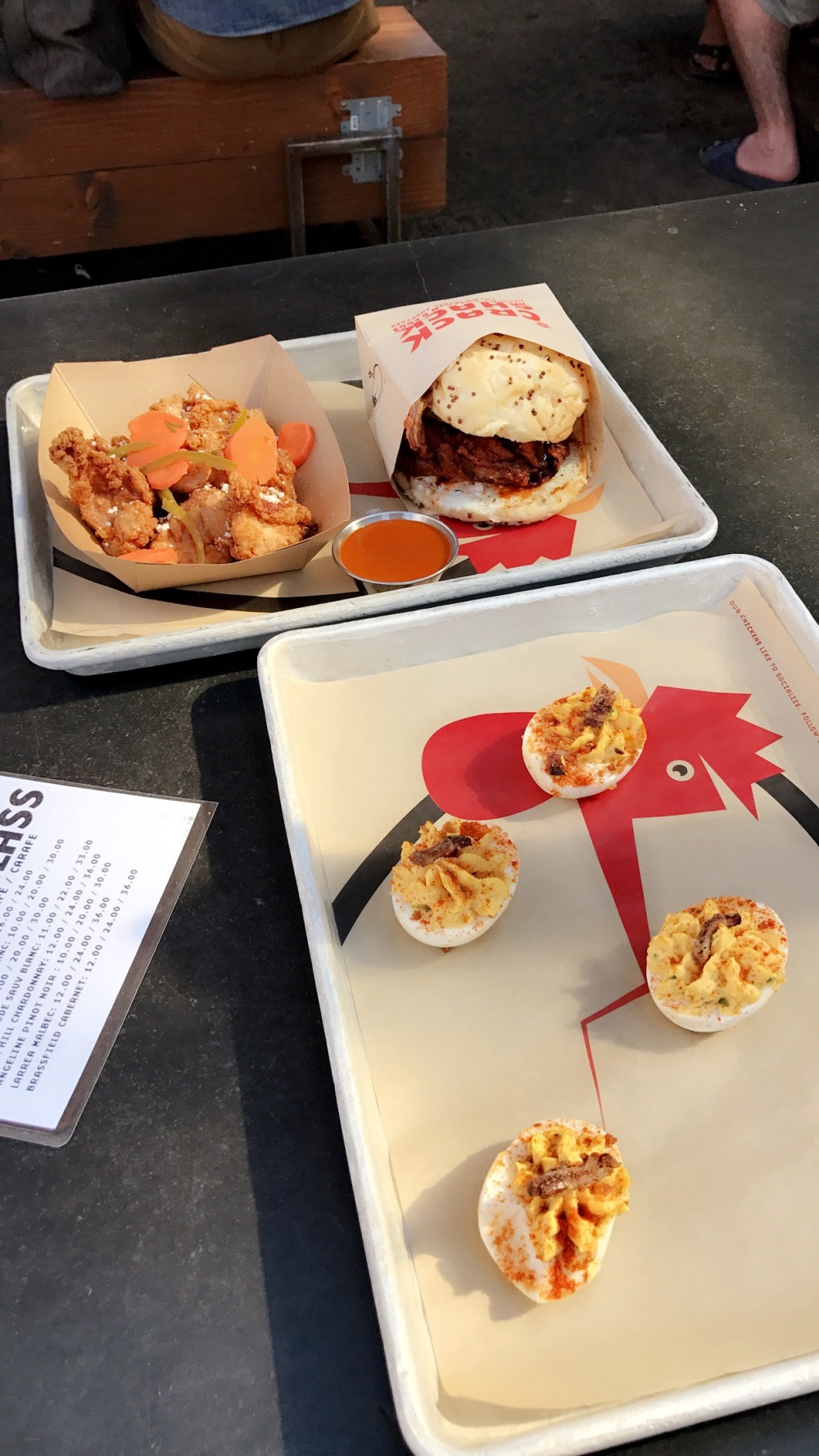 I loved everything about this place. The food was great, they had a bunch of crazy sauces to try, and they had an awesome outdoor space with bocce. You can tell it never rains in San Diego because basically every place is at least 50% outside.

We ate this meal around 3:30 so we weren’t really hungry for dinner. Instead we opted for an ice cream flight at Hammonds. How cute is this?!

We got the Mexican chocolate, coconut, Kona coffee, and green tea. You could do up to 6 flavors and choose either baby waffle cones or baby cake cones. This idea needs to go national.

We had breakfast in North Park again the next day before heading up to La Jolla. 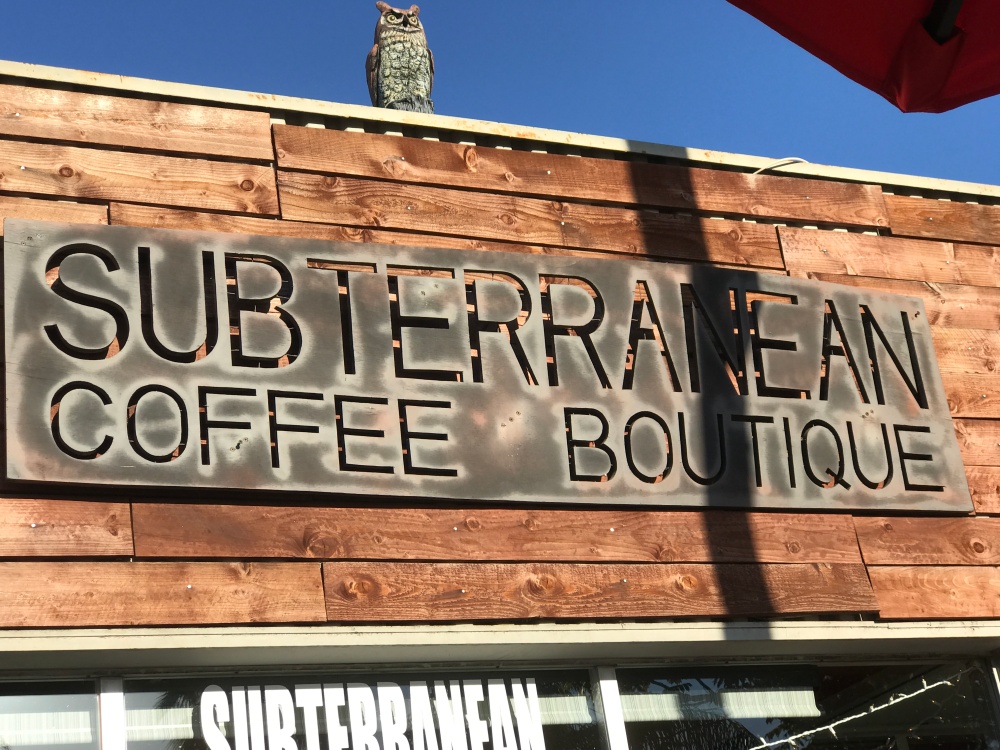 Most of what I ate after that was catered by the hotel (Estancia La Jolla) but it was good! They did a really nice job of giving us a lot of healthy options and there was a good variety. We did have a dinner out one night at Galaxy Taco.

This place was on the Eater 38 list for San Diego so I was pretty excited to go!

It was good and it was really fun to have a night out with my coworkers. Not quite sure what we’re celebrating here… free margaritas perhaps?

I didn’t love San Diego as much as I loved Seattle. I would absolutely recommend North Park if you’re going for a weekend- there were a bunch of fun places to see when we were walking around. But we definitely needed the rental car- we drove almost everywhere, whereas Seattle was much more walk-able. 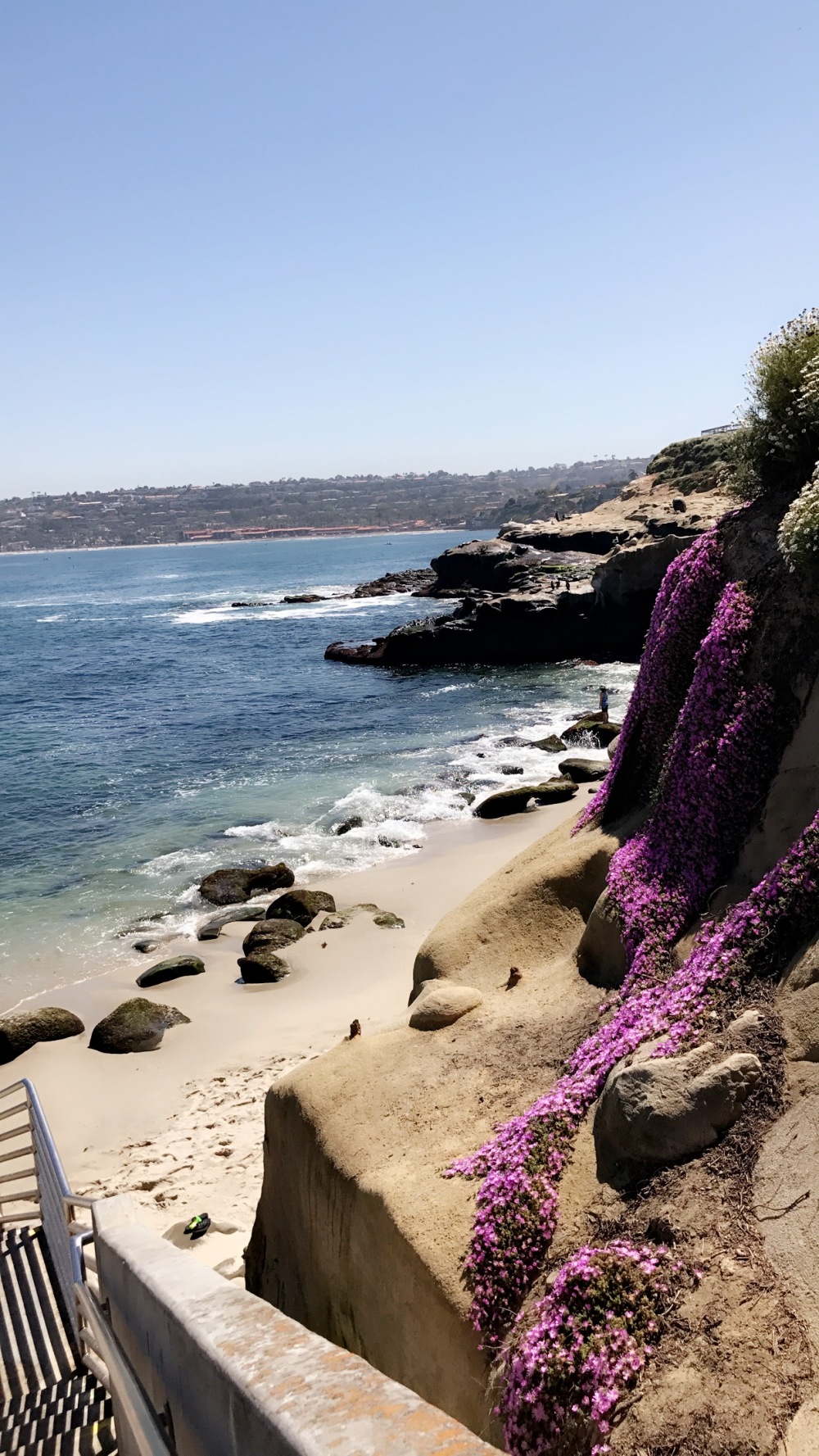 Can’t beat this view, though!

Expect to see pizza with vodka sauce coming through my kitchen very soon.