I feel like a lucky lady to have visited another city that I fell in love with.

Don’t worry, Seattle. You and Austin are totally different. I was really drunk in Austin! I barely remember it.

Note to future Maids and Matrons of Honor: fanny packs are the BEST bachelorette favor. Not only are they hilarious but they are highly functional. I think I speak for the whole group when I say we all want to wear them forever and always. 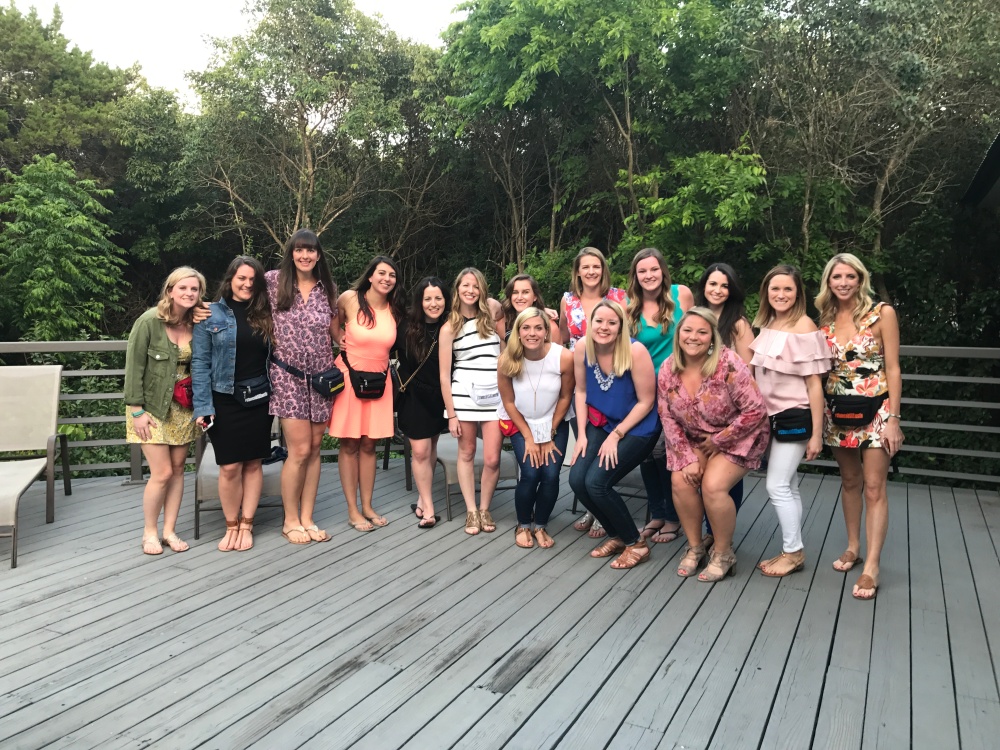 We started the trip with a Soul Cycle class which I had never done before but really enjoyed! I can understand why it has a cult following. 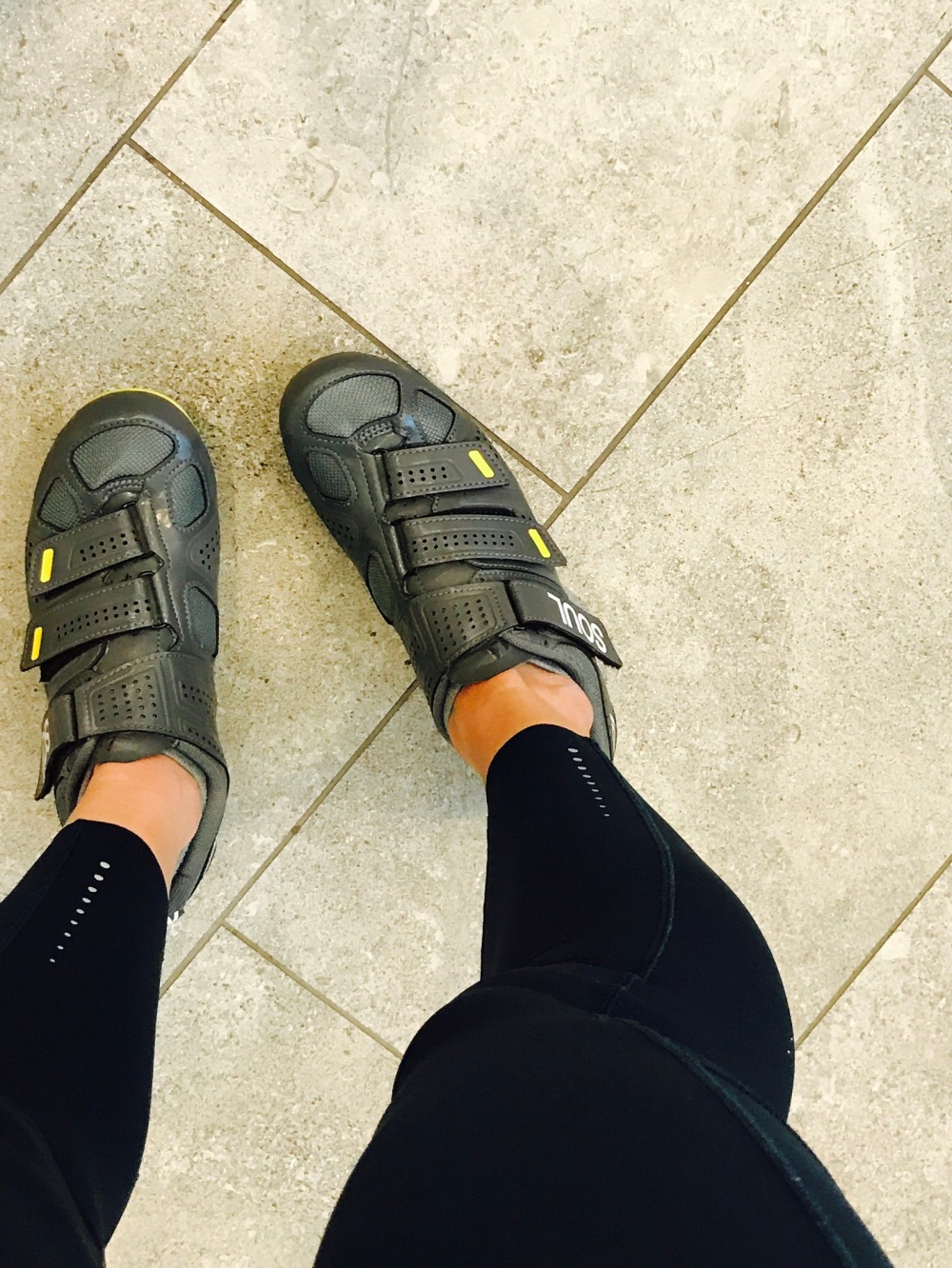 Then we walked to Jo’s Coffee for some cold brew. Some of the group also got frozen rose for the road. No one was there to judge. 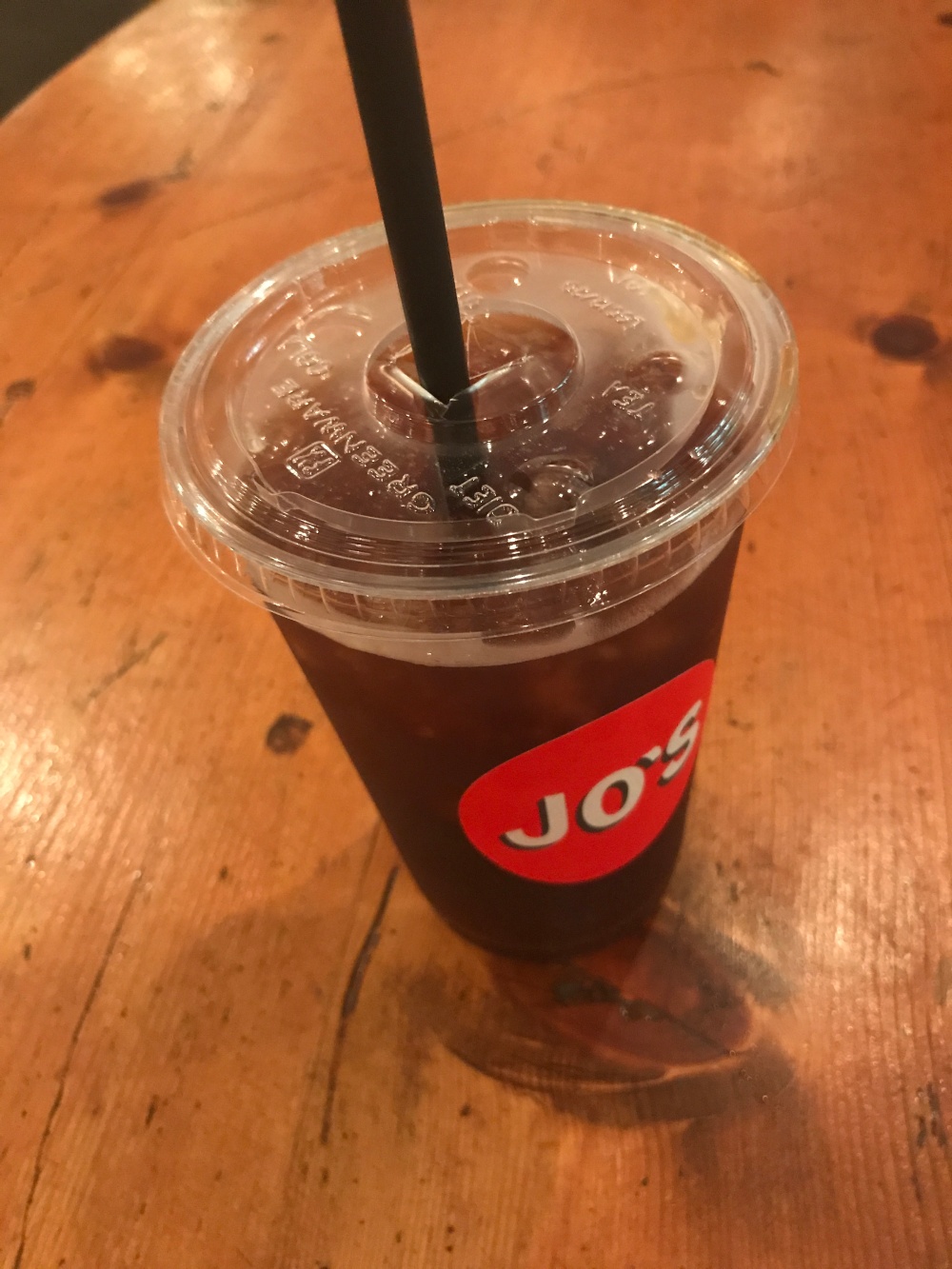 Next stop: Torchy’s Tacos. Apparently Obama ate there once, but we were more focused on this chick who was wearing a dress that would have been risque as a beach cover-up. And let’s just say there was no bathing suit under it. Anyway, these are my tacos.

I powered through the Baja shrimp and chicken fajita but, as usual, my eyes were bigger than my stomach and “The Democrat” was mostly uneaten. Had to save room for queso.

After hanging by the pool at our Airbnb for a while, Amanda (MOH and party planner extraordinaire) and I went to pick up the barbecue. 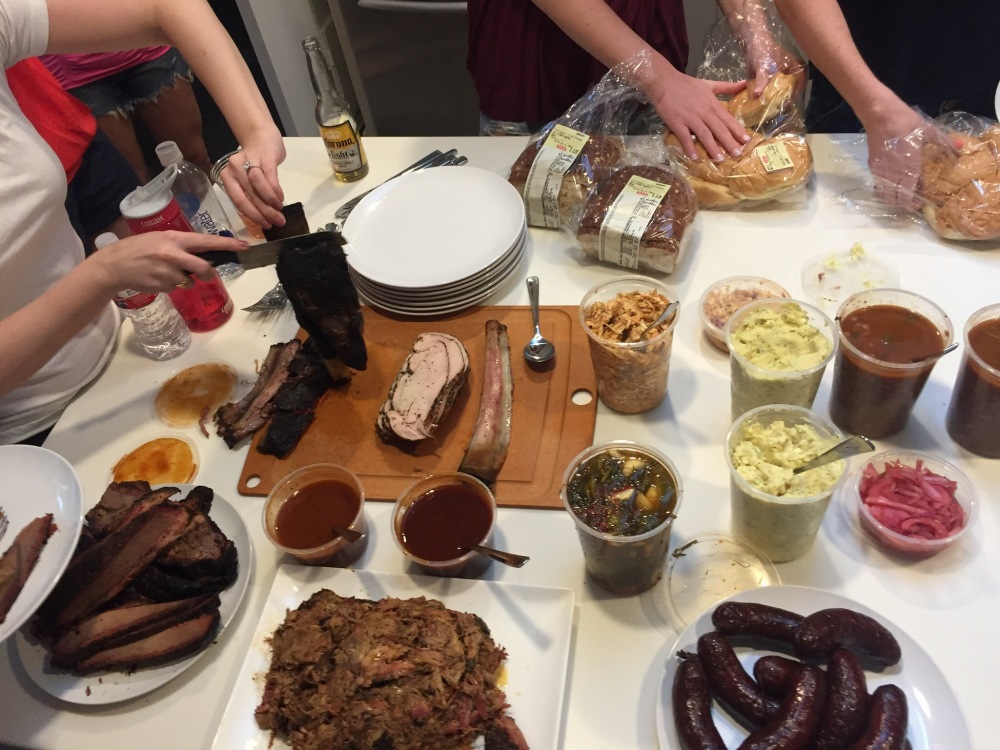 The next day we spent on a sailboat. That morning I made sandwiches with all of the leftover barbecue and I felt weirdly honored when Cap’n Tim ate one with us.

That night for dinner we went to Licha’s and I loved it. I usually run screaming from tequila but I had more than one watermelon jalapeno margarita.

I know what you’re thinking. Idiot millennials are all on their phones instead of soaking in each other’s company and having a real conversation!!

Actually we had just decided to start a shared photo album for the trip (this is where I confess that many of the photos in this post are stolen) so we were all putting our pics in.

We went to a honky tonk called The White Horse where they had a live band and a bunch of people who must have been professional dancers. It was like Dancing with the Stars but cooler and with alcohol.

Then we went to Rainey Street which is a few blocks of bars that all used to be houses. It’s so adorable and quaint and yes I got into a verbal argument in the bathroom line. It is what it is.

Bloody Mary’s all around the next morning, back on Rainey Street at Javelina’s. 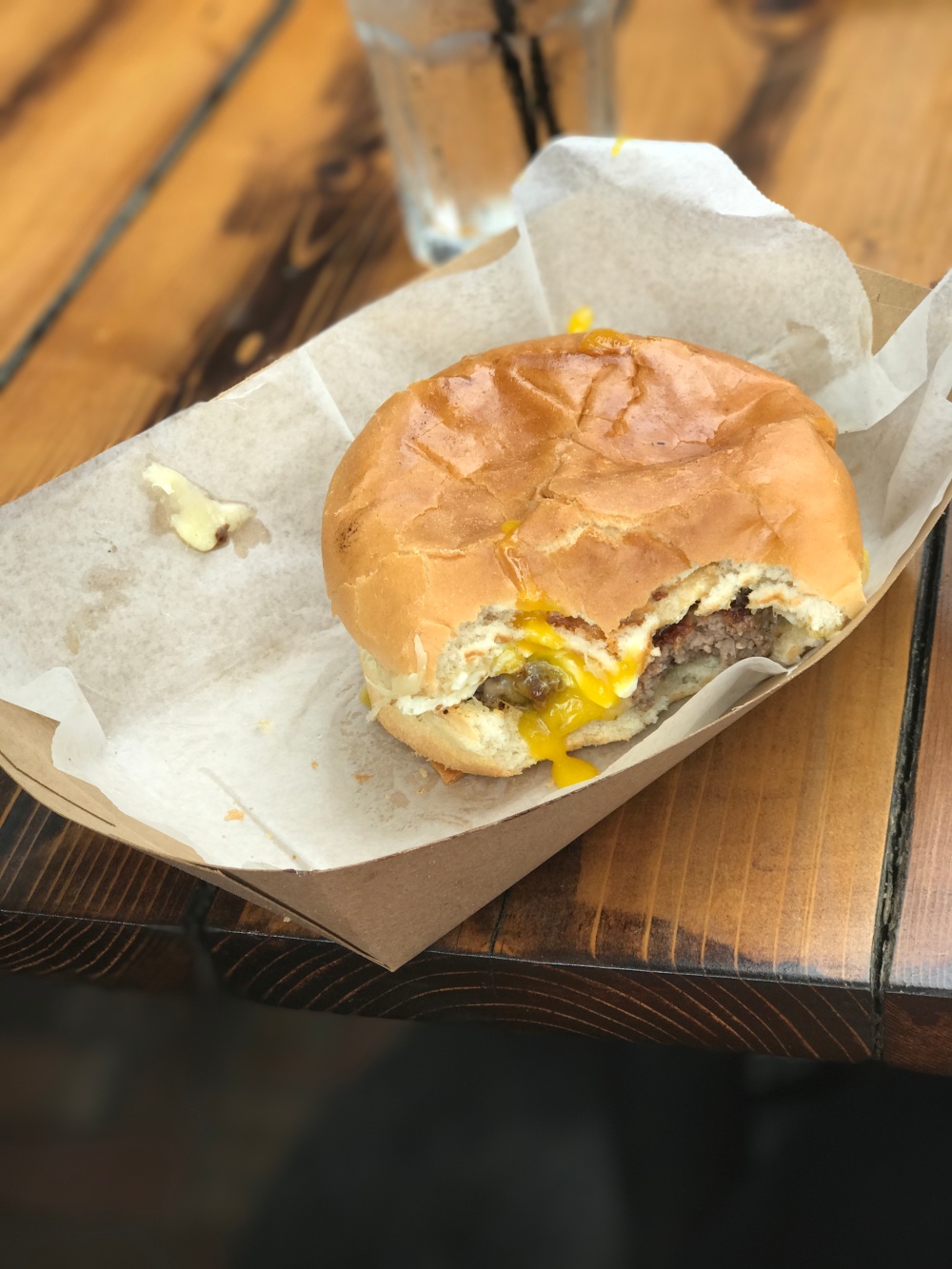 A burger with a fried egg on it sounded like breakfast. 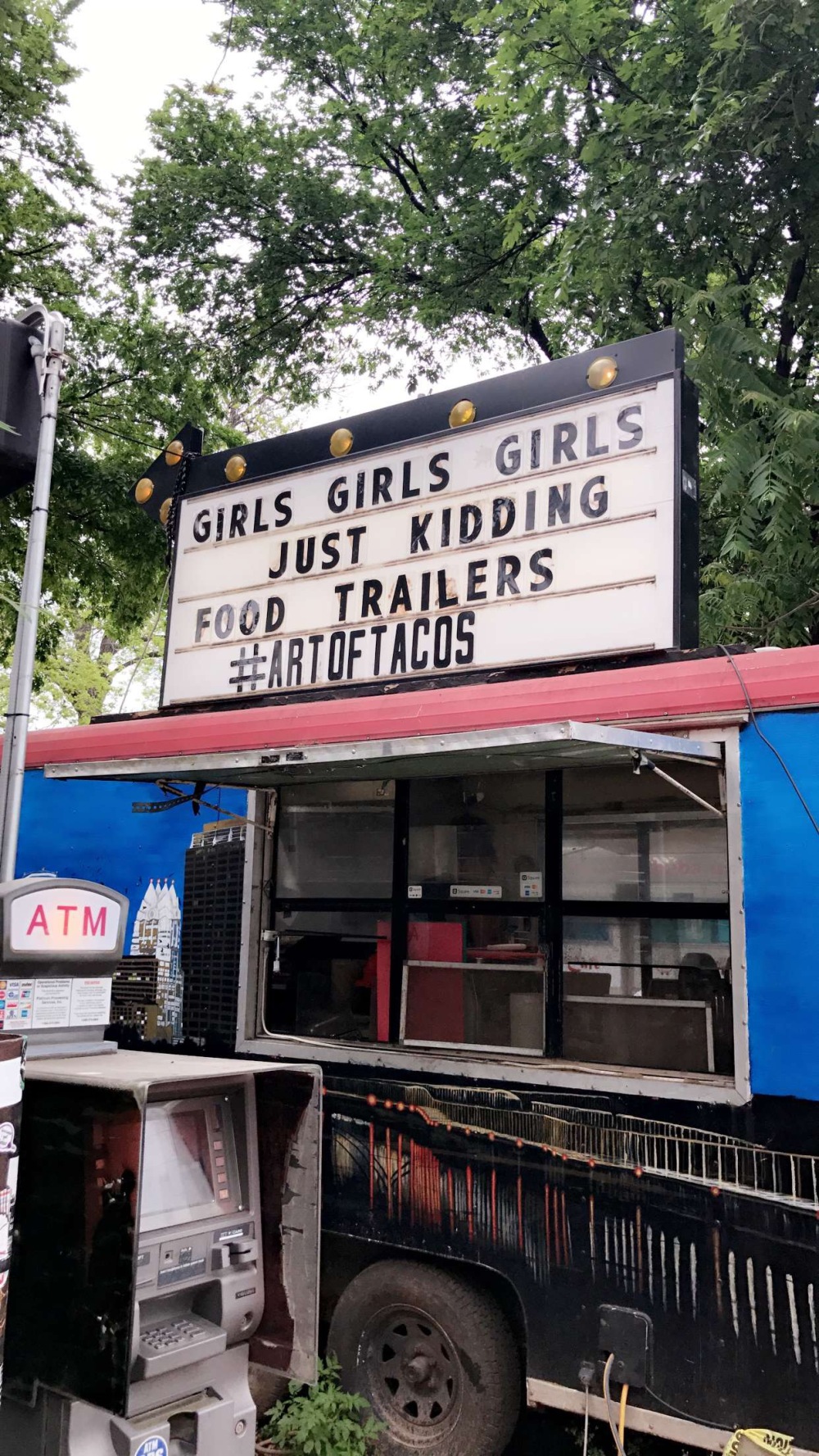 And that’s that! Solid bachelorette, Suz. Can’t wait for the wedding!