This might be my most favorite DIY project EVER. It combines my loves of cooking, crafting, and being cheap.

On my birthday the GS and I went on a random exploration of Baltimore and happened to stumble across this general store. They have bulk spices in the back (and bulk grains, dried fruit, oats, etc.) and I immediately knew I needed to go back after I moved. 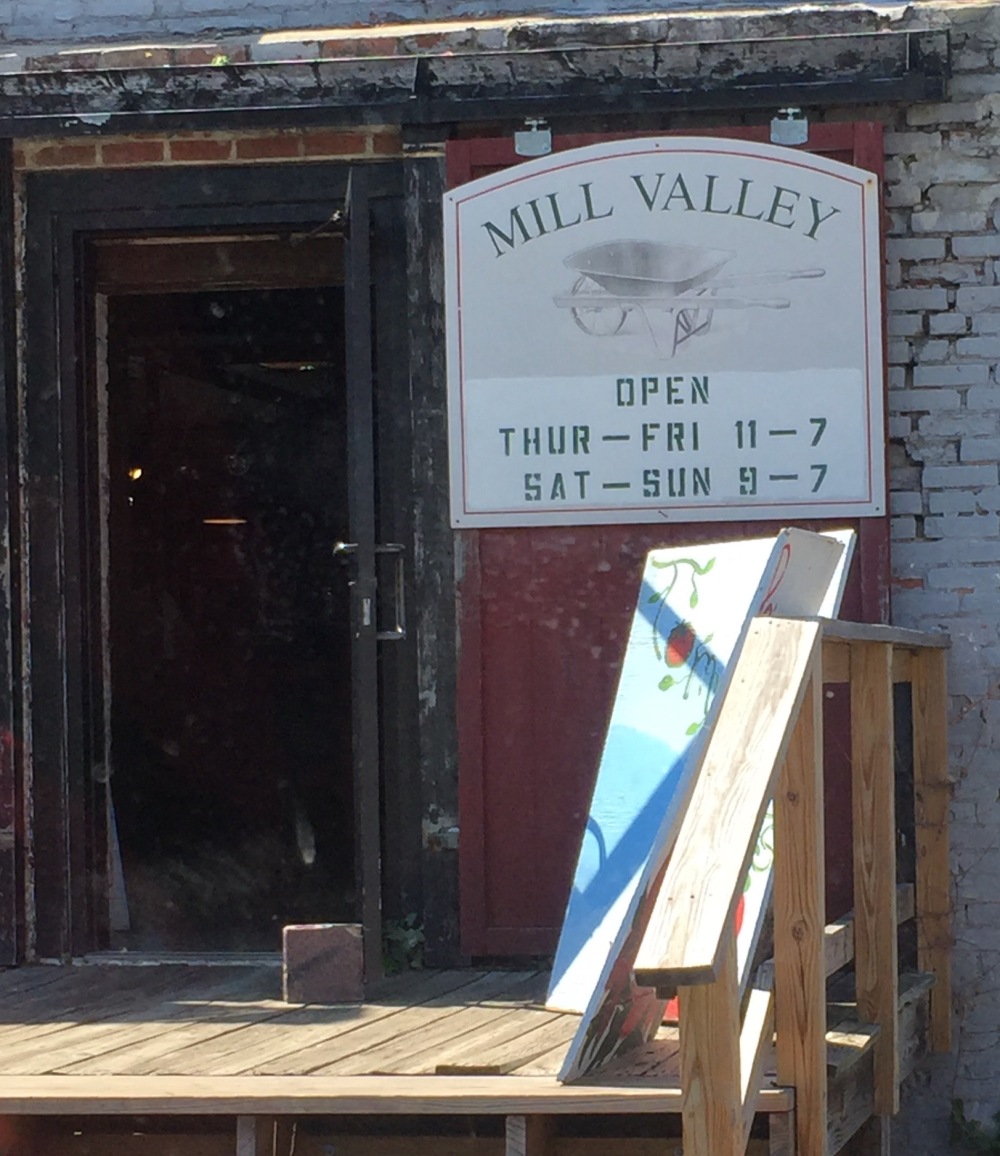 Storing spices is the worst. You can never find anything and you end up with 4 containers of dried mustard as a result.

I kind of hate to throw my mother under the bus here, but she put all of her spices in a cardboard box when we moved and that’s where they still reside in the pantry.

My family moved when I was 14.

Also, spices are friggin’ expensive. An average sized container of cinnamon at Harris Teeter is $3.29. And that’s actually a spice that you’ll use over and over. If you want to buy something more exotic for just one recipe, like cardamom, you’re looking at TWELVE DOLLARS AND NINETY-NINE CENTS. That makes me nauseous.

Buying them in bulk is way cheaper and this is the most adorable way to store them.

I ordered these little hexagon shaped jars on Amazon. It was $13.99 for 12 jars. More than reasonable. The magnets I bought were $8.00 for 25 magnets, and they’re pretty strong.

I went today and bought my spices. Here’s where it gets exciting. 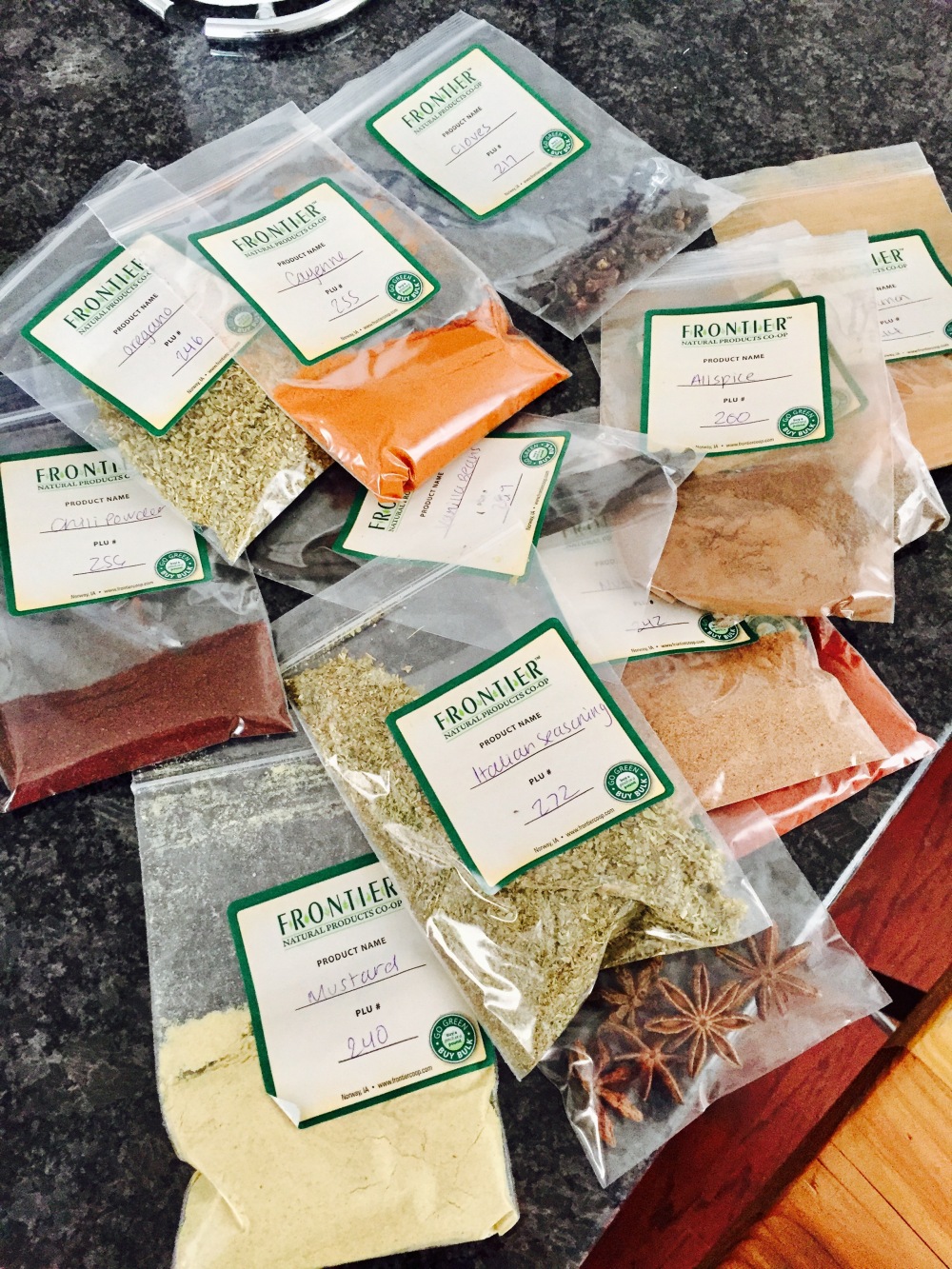 I don’t even think I could get the vanilla beans for that at a regular grocery store.

I attached my magnets to the jars with my hot glue gun (I did two magnets per jar, just to be on the safe side). And filled them up with the spices.

My original plan was to get these cute stickers from Michael’s that look like brown paper to label them. But then I thought, why not cut up the brown paper bag from the general store and save myself $2.24? Because YES I would of course use their current 25% off coupon for a purchase under $3.00.

I think my mother is beaming right now just as much as the day I got my doctorate.

And then you just stick them to the fridge! Easily accessible and decorative.

I know what you’re thinking. No additional decorating needed when you have multiple photos of your kid brother in magnetic frames!

In total, the project cost me under $40, and I can continue to reuse the jars and even swap out the labels if I so choose. I also had some spices leftover that didn’t quite fit in the jars, so there’s room to replenish my stock. 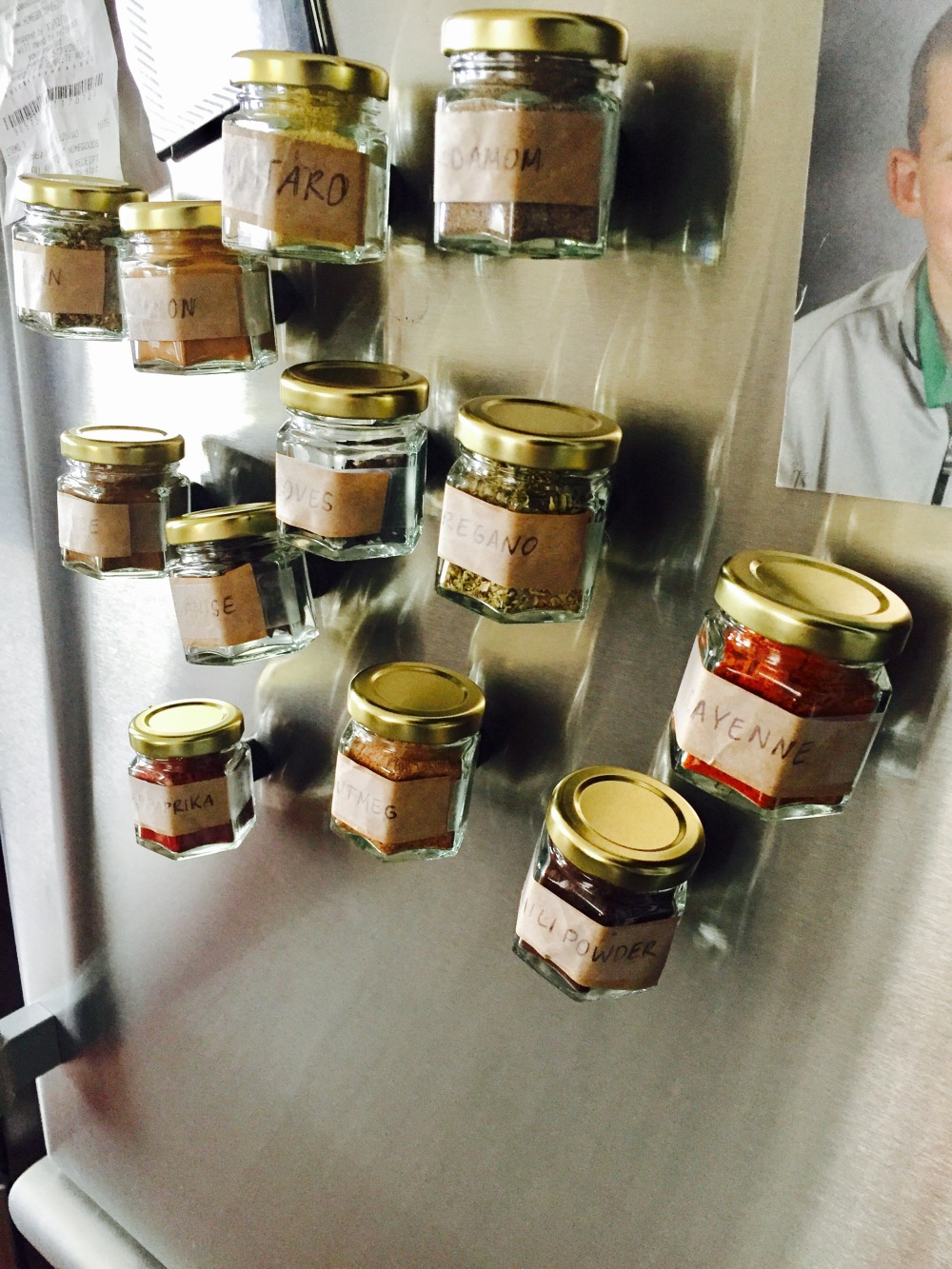