After much careful observation while living with them over the past year, I’ve concluded that they are ready to live alone. Just the two of them, with no tenant.

So I’m moving out! It will be a big step for their marriage to lose me, but I’m confident that they’ll pull through.

I’m moving on Sunday to an apartment in Mount Vernon and I’m pretty excited about it. I have some fun DIY things planned that I’ll probably post about. If you’re interested.

I had a work lunch last week at Zoe’s Kitchen, which is like Panera Bread but with Mediterranean food. I’m a fast eater in general but I really try to keep myself in check when I have work meals because I don’t want them to think I’m disgusting.

This salad really challenged me. It was so good. And didn’t even have meat on it! I actually made my version vegan, but you could easily add chicken or fish to it. 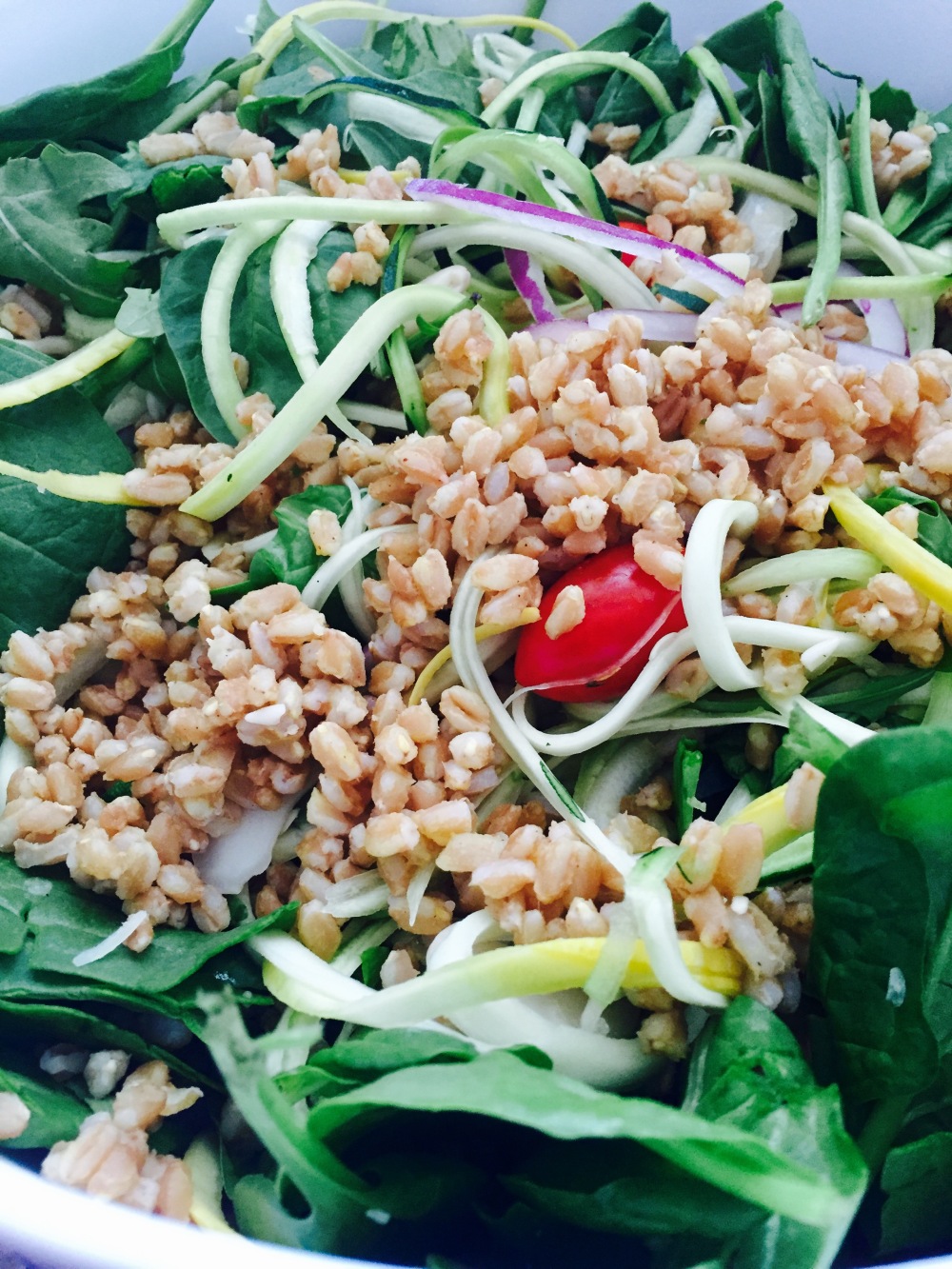 Rinse the farro and the lima beans. The salad at Zoe’s actually had lupini beans in it but I couldn’t find those so I subbed lima beans. Close enough.

Cook them both according to package directions in the vegetable stock. You can use water, but this way they have a little more flavor. If you’re not interested in it being vegan, you can use chicken stock.

While these are cooking, spiralize or thinly slice the zucchini and the summer squash.

The restaurant advertised the salad as having a “calabrian pepper dressing.” I’m not sure that calabrian peppers are actually a thing, I think it’s more a method of flavoring. So I just made it up. The hot red jalapenos in the jar were just spicy enough. I put them through my garlic press, and then added a couple tablespoons of the liquid. Also garlic and seasonings. You could throw all of it in a blender to speed up the process, too.

The salad at Zoe’s also had Parmesan cheese on it, but obviously that makes it no longer vegan. So that’s your call. I think it has enough flavor that it doesn’t need the cheese.

But when have I ever said no to cheese?