This weekend my best friends got married! To each other!

It was a beautiful wedding and so much fun to have some of the Loyola crew back together again.

A couple of days before the wedding I went to get my nails done. I had purchased a Groupon to a new nail studio in Canton Square, which is a very nice part of downtown Baltimore.

On a side note, I use Groupon for almost everything. Restaurants, manicures, oil changes, getting my wind shield replaced. All the usuals.

So even though I hadn’t heard of this new nail studio, its location convinced me that it must be good. And with all my associated promo codes and Ebates cash back, it was only $25 for a gel manicure and a spa pedicure. What a steal.

Given that I needed to enter said nail studio from a back alley, I should have been somewhat tipped off that it probably wasn’t up to code. I’m not exaggerating when I say that this place had three lawn chairs with buckets in front of them. No rolling massage, no water jets with bubbles, no Korean soap operas on in the background.

Unfortunately I’m polite to a fault so I stuck it out. Stuck it out for almost 2 hours of my foot resting on a woman’s bare thigh while she painted my toe nails and talked to me about how the crabs in Maryland are so big this year that “it’s suspect.” You would think after 2 hours my nails would look pretty damn good.

It looks like I let the GS paint them. With his left hand. After a couple of drinks.

I sent Sheila a snapchat and she responded “You did NOT pay for that.” And then after hearing the whole story, “You should probably take an antibiotic.”

I felt I needed to redeem myself in Canton Square and went to brunch on Saturday with some friends at Mama’s on the Half Shell, where I had a fabulous shrimp salad sandwich.

Hence, recreating it here. Don’t you want to make seafood salad after I just showed you a photo of my toes? 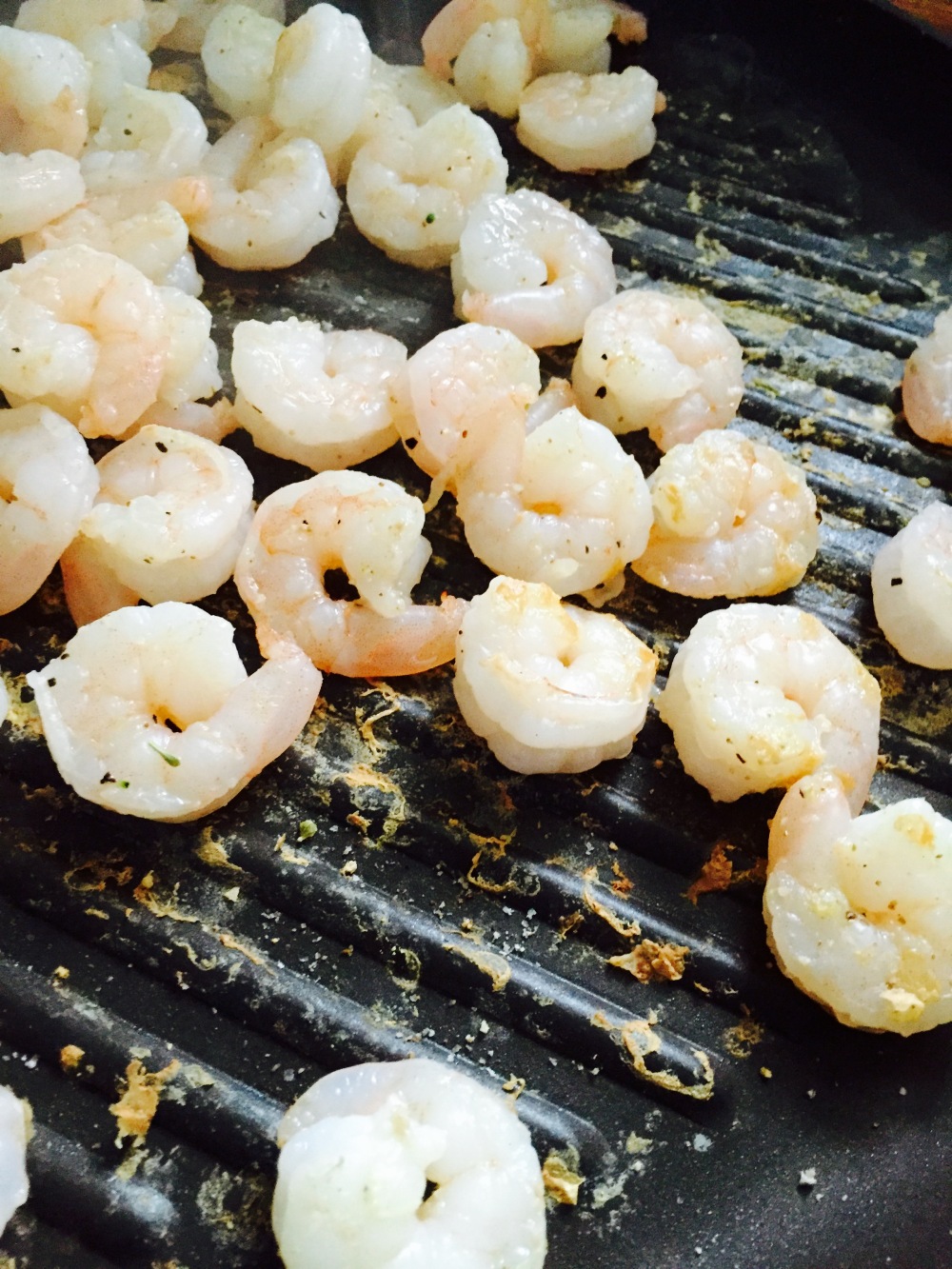 salt and pepper to taste

You can buy pre-cooked shrimp for sure but I thought that might be too much of a cop-out to blog it, even for me.

I just cooked them on a grill pan for 2-3 minutes until they were pink. Mix the mayo with the Old Bay, and then stir in with the celery and onion. 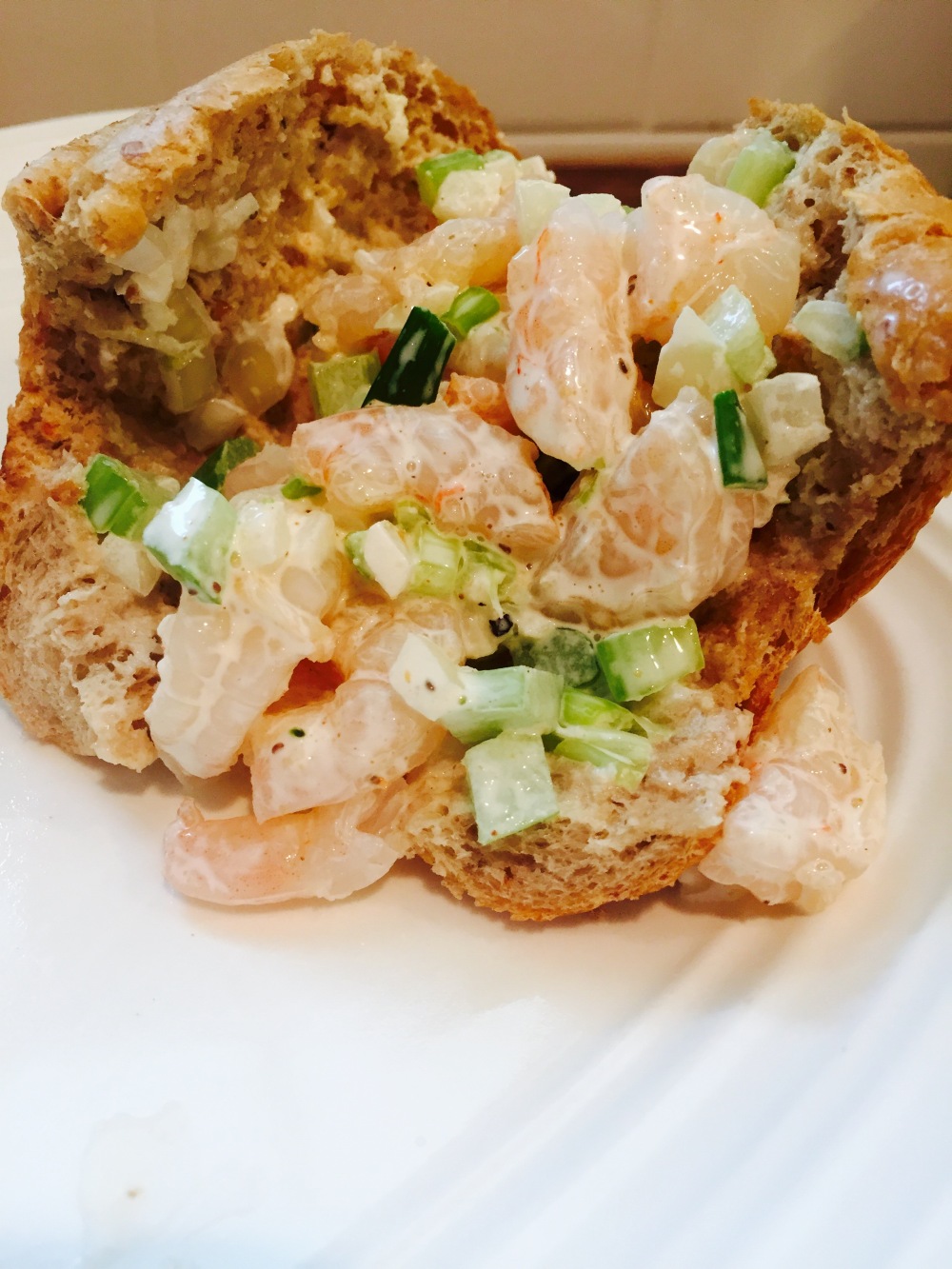 And if I’m eating rich, maybe I should stop using Groupon when it puts my health in danger. Lofty goals.