This is such a simple concept I can’t believe I didn’t think of it sooner. I think these would also be adorable as appetizers at a summer party in slider form.

In this case, the four of us ate them for Sunday dinner at like 9PM after playing 9 holes of golf. As someone who usually eats dinner as close to 5PM as possible, this was a struggle. And probably also the reason that the last picture is slightly blurred. I think I was in a daze and going in for my next bite.

I think the couples golf outings should be a regular thing, though. As you can see, we take ourselves very seriously.

Originally we thought we would just play a friendly 4 ball scramble. For you non-golfers, that basically means that everyone tees off, and then everyone plays their 2nd shot from the location of the best drive, and so on.

This wasn’t competitive enough for Aaron, so we played two on two. The GS and I took home the victory, and Kelly reported that she simultaneously hated the experience and had fun. So yeah, it will be a weekly thing.

And after all of our stiff competition and walking, we feasted!

pesto, either homemade or store bought

Combine the ground beef and chuck, or use all of one or the other. Don’t overwork the meat. Form into 8 patties, slightly indented in the center. Grill to desired done-ness, adding a slice of mozzarella at the very end.

Brush the ciabatta with olive oil and grill for a few minutes until lightly browned. Season with salt and pepper, and with a little garlic if you’re in the mood. Slice into sections for “buns”.

Serve with pesto, tomatoes, and extra basil leaves and assemble your burgers! 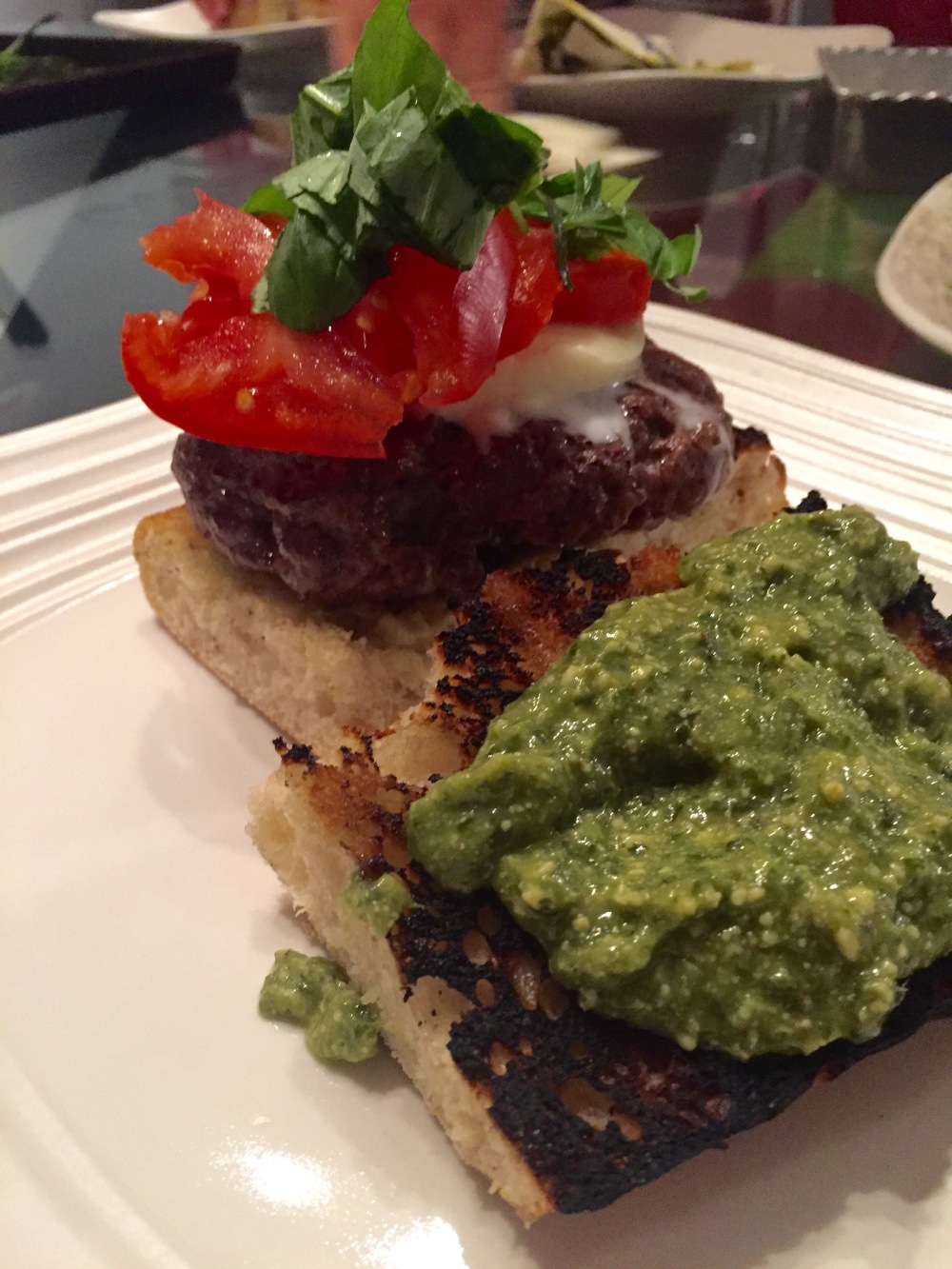 These were so good. The GS said he never wants to eat another burger on a regular bun. Ciabatta only from now until forever. 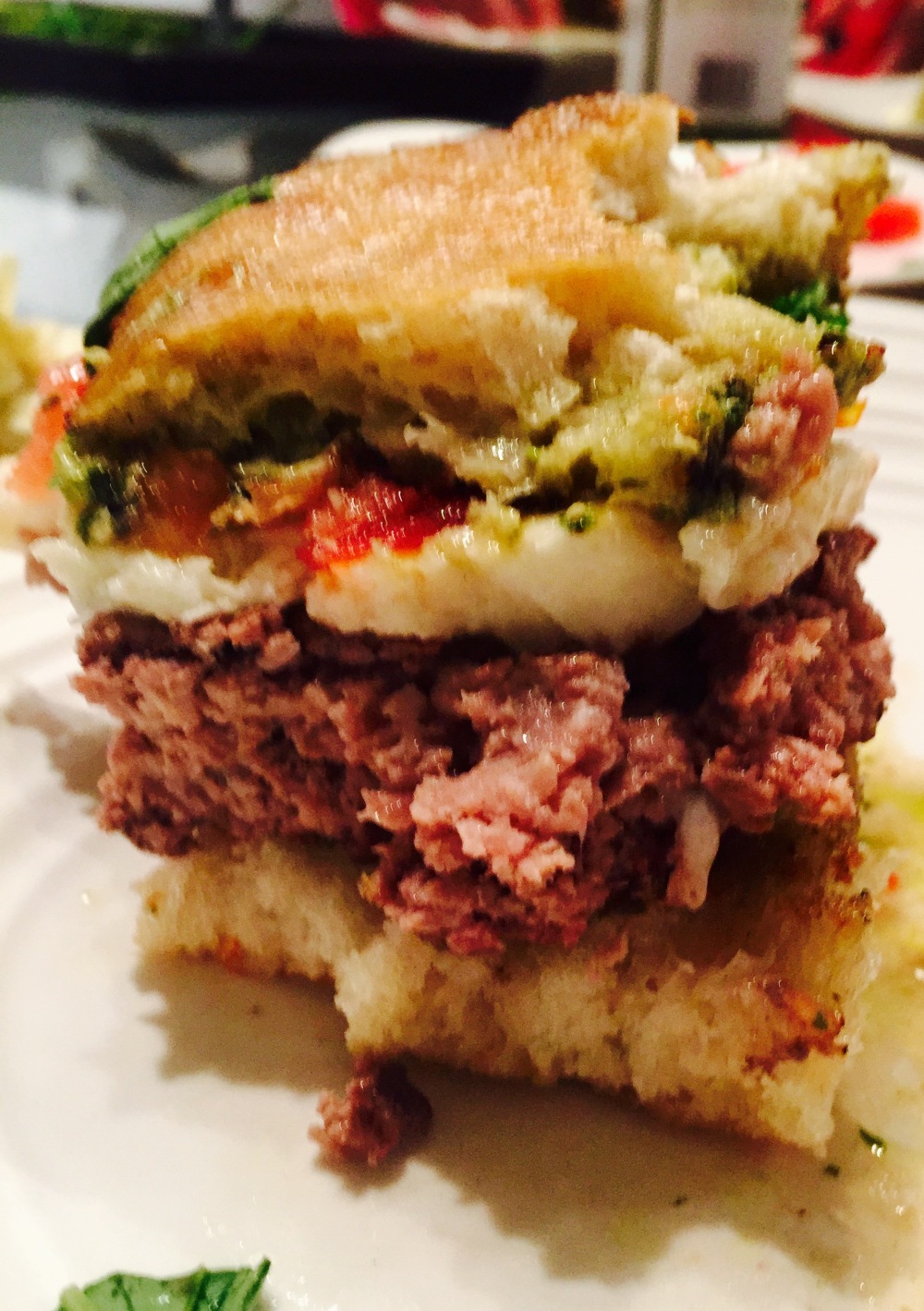 I can’t help myself. This was a hole-in-one.