This week the GS and I celebrated our 4 year anniversary!

It’s kind of crazy that he’s tolerated me for this long. I said something outrageous on Sunday and he just looked at me and said “Sometimes I wonder about the things that go through your brain that you choose NOT to say.”

He doesn’t want to know. 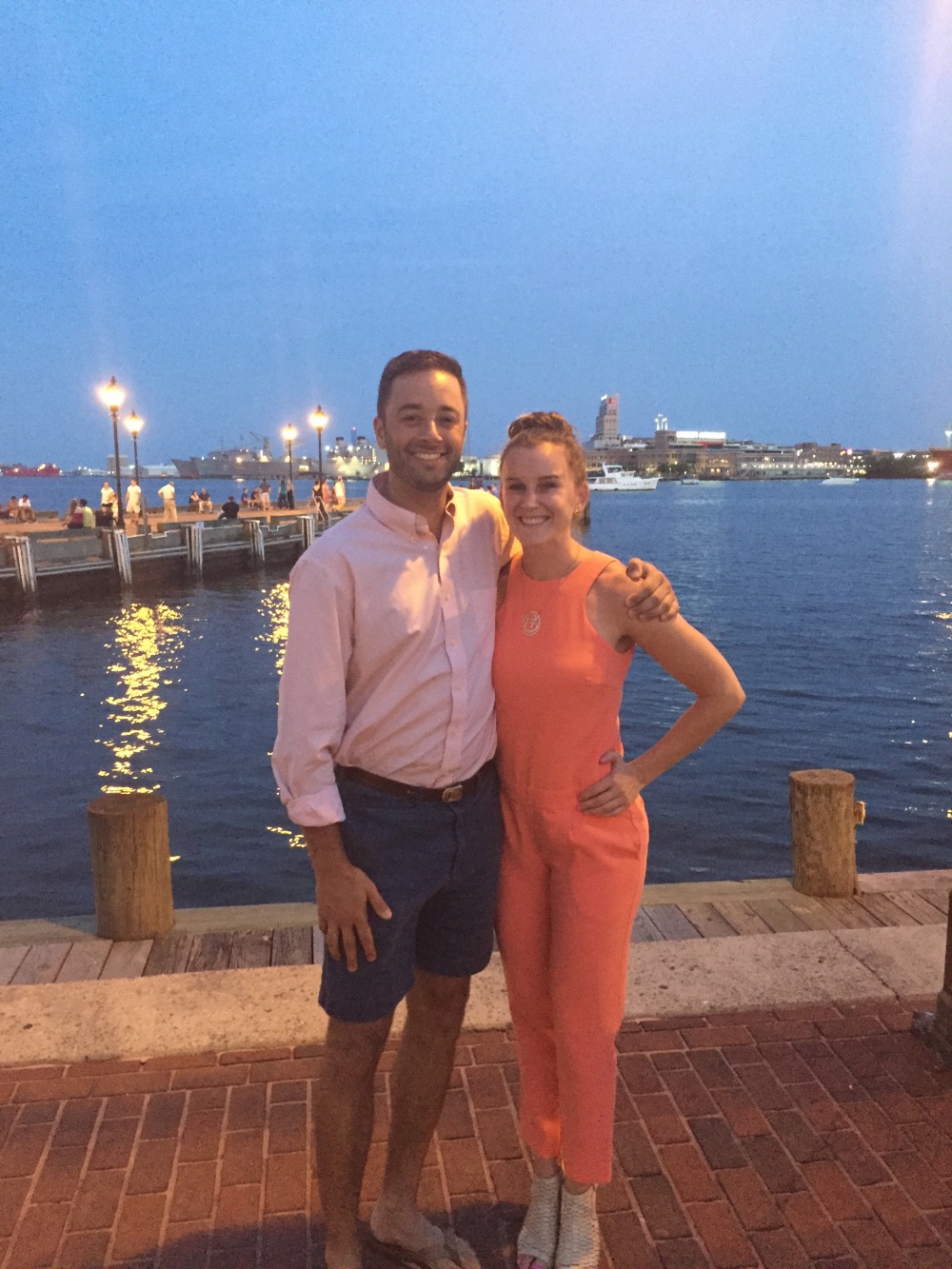 Every year we’ve gone back to the same restaurant we went to on our first date. It’s a relatively upscale seafood place in Fells Point that has always had beautiful outdoor seating and great service.

Apparently they’re trying to change to more of a “tavern” vibe now, but they’re doing it all wrong.

For starters, they haven’t changed the name of the restaurant. So a bunch of people (GS and myself included) showed up expecting the same fancy fair and were semi-distressed to see the waitress wearing Hollister jeans, a white wife beater, black bra, and sparkly silver stilettos.

To be fair, the food was still good. But long gone are the detailed, leather bound menus. Now they hand you a yellow piece of paper where all the entrees are $19.95. 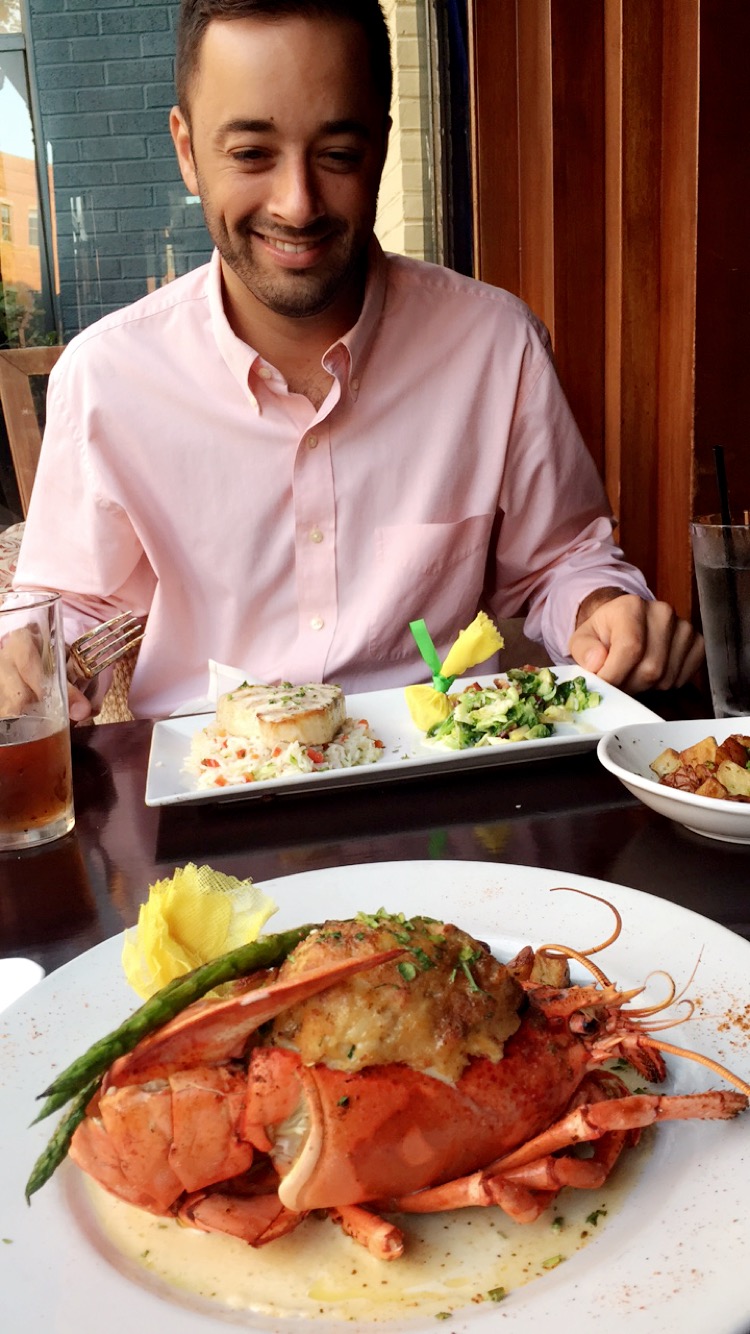 Also we each ordered a beer, and while mine was delivered to me filled to the brim, the GS’ was about 1/3 empty. As if the waiter might have gotten thirsty on his walk over to us.

Luckily we still had a good time, and all was right with the world once I got my toasted coconut ice cream from Kilwin’s for dessert. Not pictured because I inhaled it.

Yesterday was our real anniversary so I made dinner and yummy bars and brought them to DC!

You can either put your shrimp in a food processor, or chop them up pretty good. I chose to chop because our Ninja is a pain to clean and I really didn’t want my smoothies tasting like seafood. 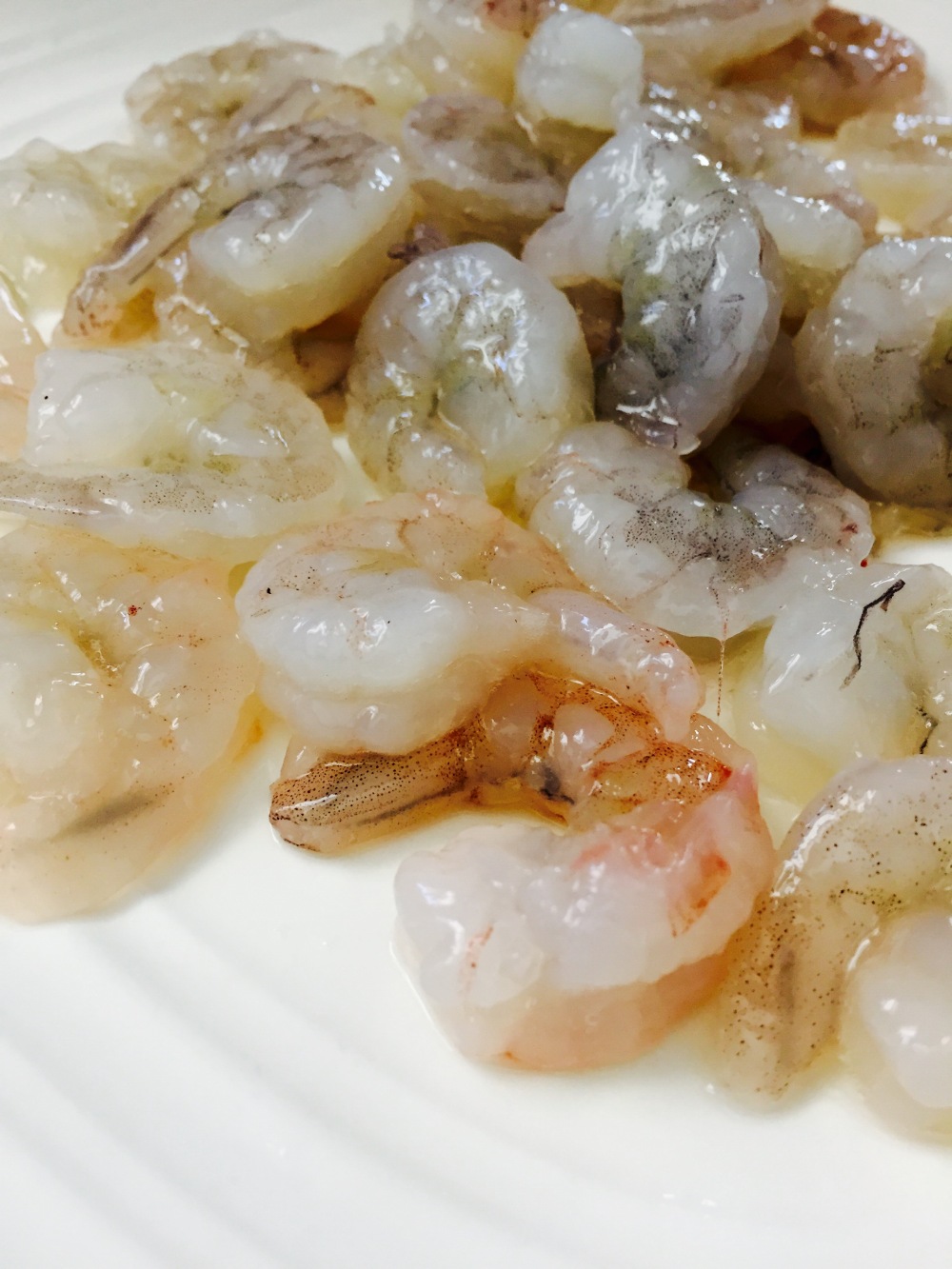 Form into patties and cook in a skillet with vegetable oil until golden brown on both sides- about 3-4 minutes. 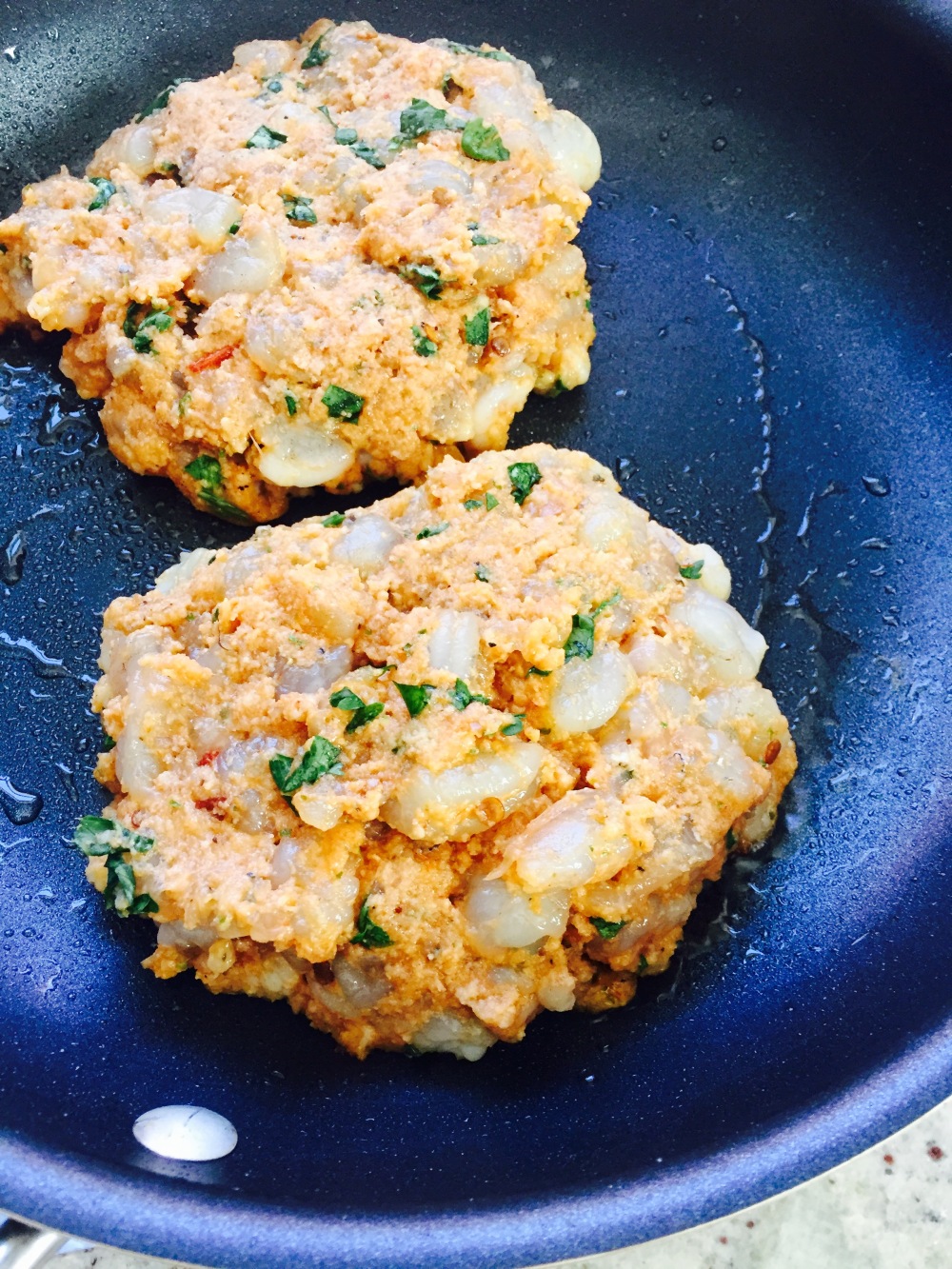 Serve with avocado, red onion, and cilantro. I meant to bring some plain Greek yogurt to throw on there too, but forgot it. 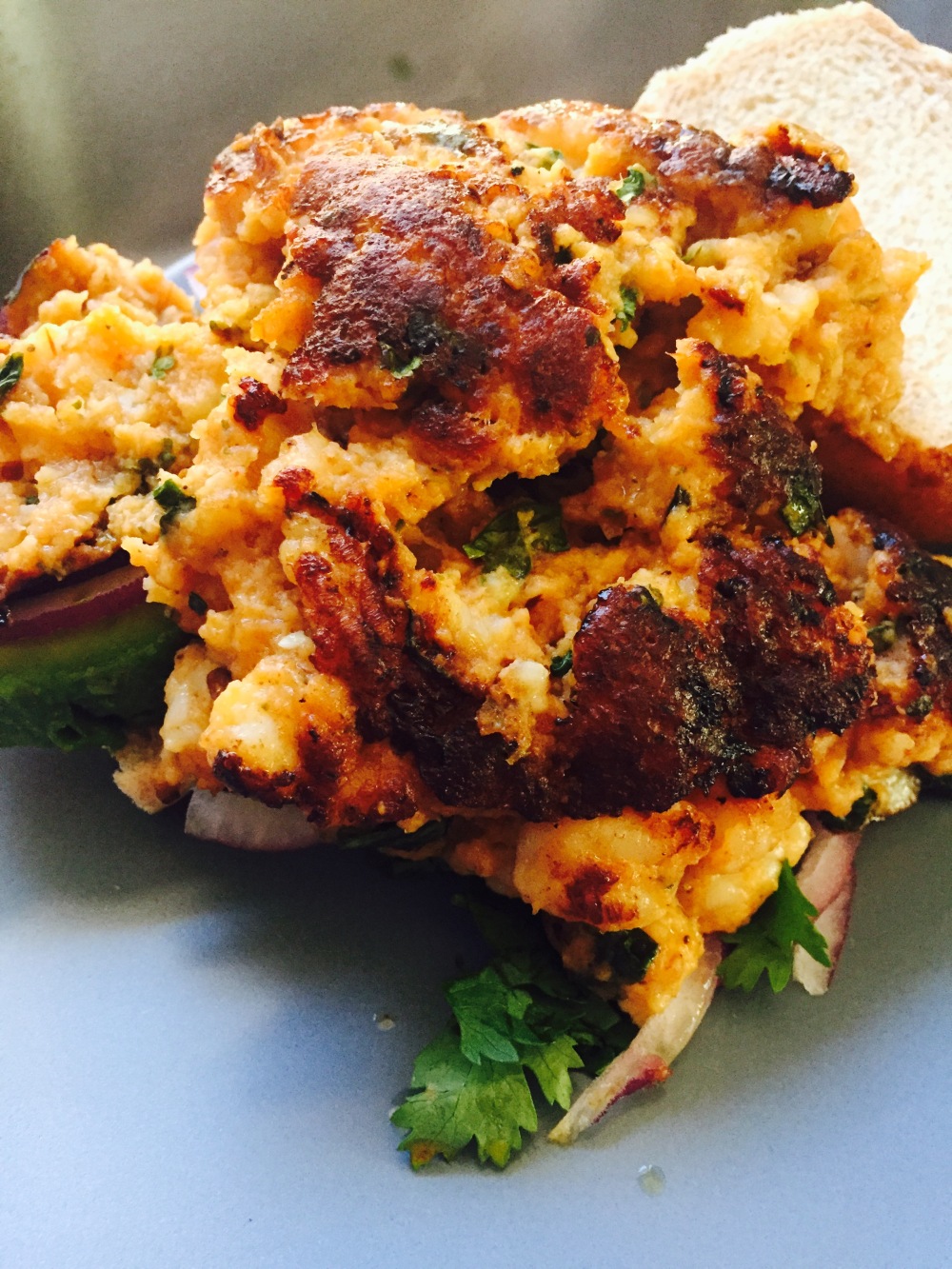 We decided if the place continues down this path, it probably won’t exist anymore when we hit 5 years. We’ll look for another spot with a classy hostess and thirsty servers.