Who doesn’t need an ice cream cake recipe in February?

My little Kev-Wev is turning 14!

Which is so weird, because I was 12 when he was born but I’m currently 18 and living it up as a college student at Loyola sooo…

I know my presentation isn’t the best. I tried the parchment paper trick under the cake when I was frosting it, but I still had a little overflow on the edges.

But who cares because I bought COLOR FLAME CANDLES. 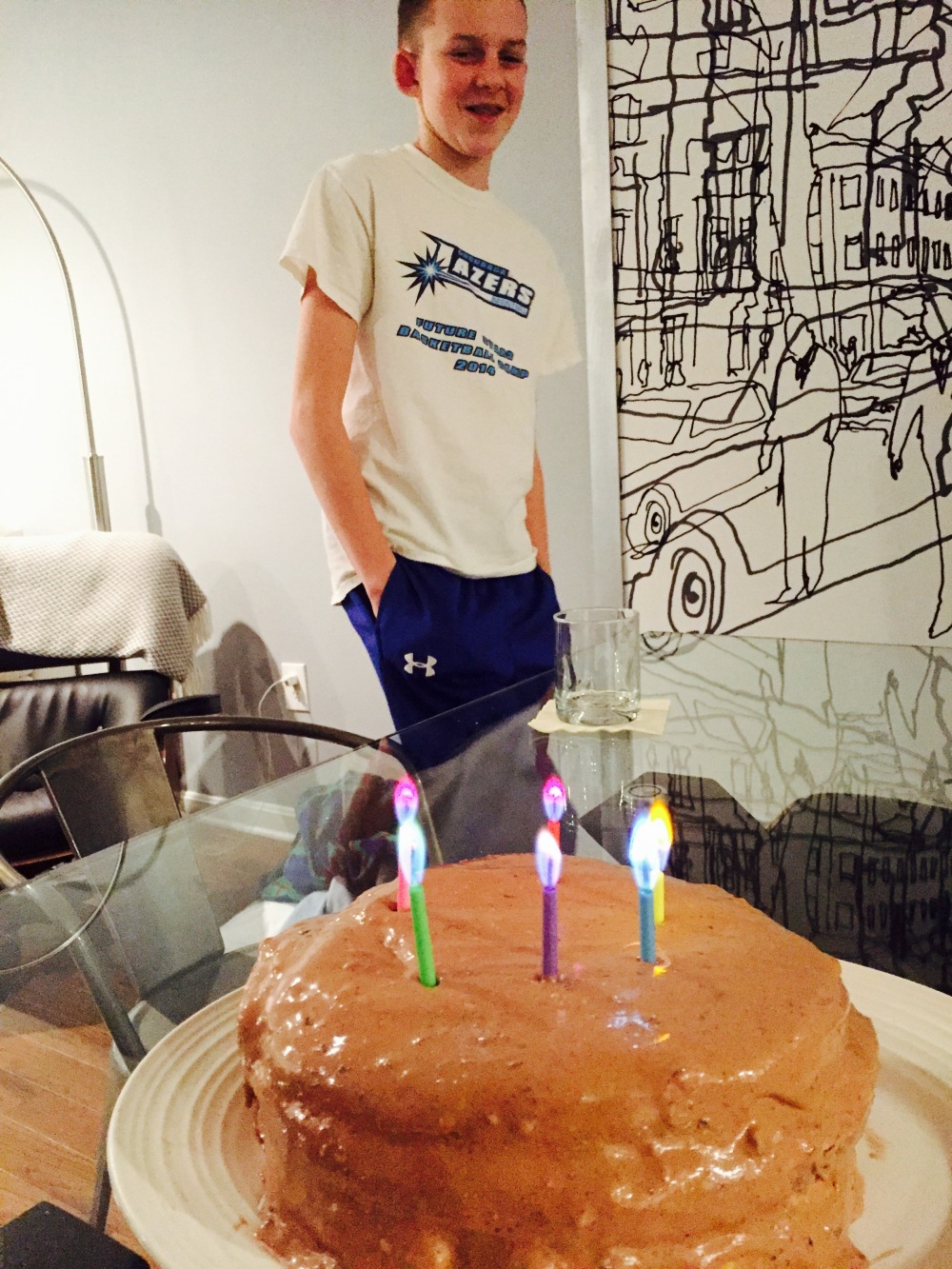 Oh and, as it turns out, 14 year olds don’t care about 1) cake presentation 2) candles or 3) the affection of their significantly older sisters.

I think I’ve mentioned my obsession with The Kitchen, and Marcela made this chocolate cake a couple weeks ago. I’m not usually a chocolate cake gal (yellow cake with chocolate frosting all the way), except for this one.

I wanted to make her cake but because I know how much Kevin loves ice cream, I smooshed some in between the layers instead of frosting. 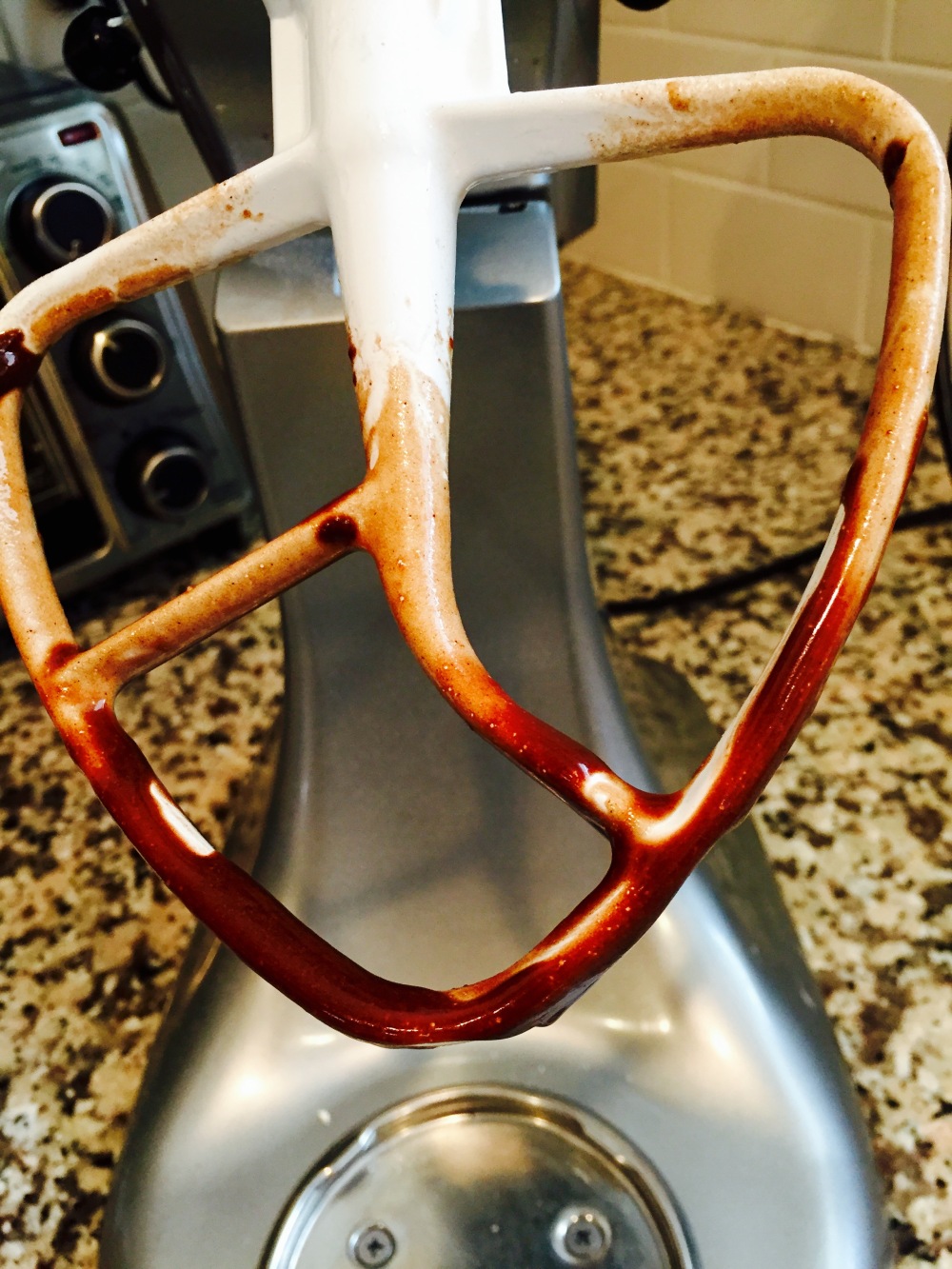 The cake itself is pretty simple to whip together. The batter is pretty liquid-y, just a warning. I baked it in two 9 inch pans at 350 for about 40 minutes.

If I had more time I would have let them cool COMPLETELY before trying to slice them length-wise for layering purposes. Unfortunately my patience level combined with Kevin’s imminent arrival allowed for a cooling time of approximately 15 minutes, which ended up resulting in the loss of half of one cake. It split and crumbled. I’m snacking on it now.

SO with cooled cake, you slice them the long way so you have thinner 9 inch rounds. Spread a generous layer of ice cream over the top of one layer.

I used cookies & cream, but I think mint chip or some kind of peanut butter cup ice cream would also be heavenly here. Then stack another layer of cake, ice cream, and cake.

Once I had it all stacked I tried to squeeze some more ice cream in just to smooth out the edges.

I used Marcela’s recipe for the frosting too, but ended up needing to add more powdered sugar. It was still REALLY thin, even after refrigerating it for a bit. It did make it easy to spread, though.

This is the first frosting I’ve ever made with sour cream and I LOVED it. Even though the cake itself isn’t super sweet, the tang was perfect. I think I’ll try it in the future with plain Greek yogurt, but really this cake isn’t going to be healthy any way you slice it. 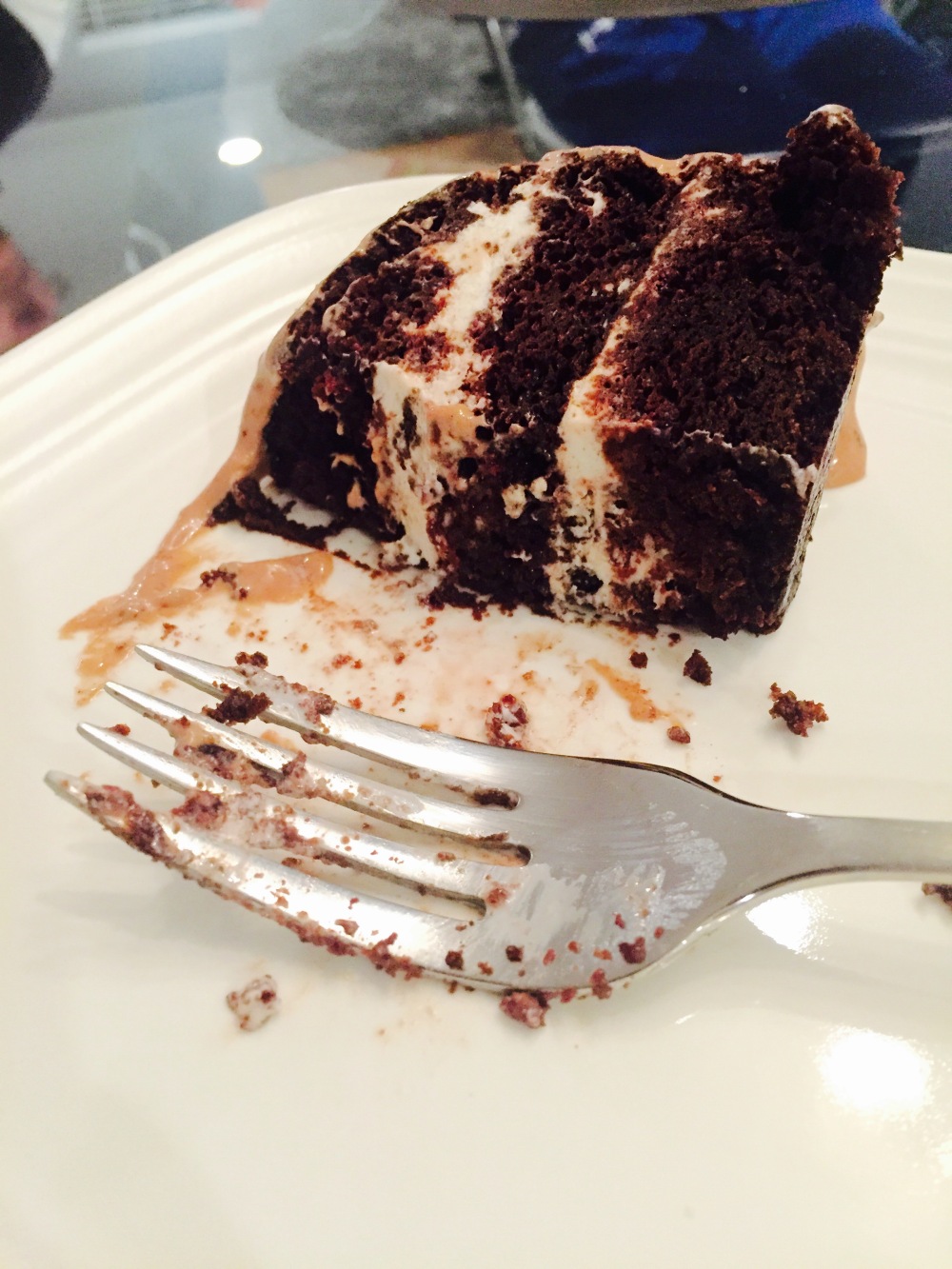 Definitely making this for my 19th birthday.