Last week I went out to California to support an intro workshop for audiologists who are learning about our cochlear implant system.

Sounds riveting, I know. But actually it was really fun. Despite working 12-15 hour days, I got to meet some cool people from all over the country and brag about how awesome our stuff is.

Over lunch one day, one of the audiologists mentioned that she has an allergy to onions and garlic.

I was basically like HOW DO YOU LIVE, WOMAN?!

I handled it less aggressively, but for real I don’t know what I would eat. There was another person there with an allergy, but it was to gluten and she wasn’t very nice.

When I got back from California, I returned to chilly Baltimore weather and a non-existent hurricane. That’s right, after a mouthy flight attendant scared everyone on the plane by saying “Maybe we’ll have to circle around for a while!! And possibly land at a different airport!!”, we arrived to sub 60 temperatures with a drizzle and a breeze. Joaquin was nowhere to be found.

(Can you still eat chives and scallions? What about leeks?)

The chilly air and my depression over one woman’s lack of garlic and onions in her life made me want PIZZA. So on Saturday night I threw myself, the GS, my brother-in-law, and his two friends a pizza party. There was also adult Jenga happening.

(What if the garlic is roasted? Then can you have it?)

I made 3 pizzas using this dough recipe. The first was buffalo chicken, the second was classic with pepperoni, and the third is the recipe I’m sharing because it was the unanimous crowd favorite. I also did a Snapchat story of the process which was really entertaining. For me at least. You can follow me! (eemcd). Hey Mom, this means you should get Snapchat.

Start by cooking the sausage in a skillet. I left it in relatively large chunks. While the sausage is cooking, julienne the peppers and thinly slice the onion. Once the sausage is browned, remove from the pan with a slotted spoon. Leave a tiny bit of the sausage fat behind. 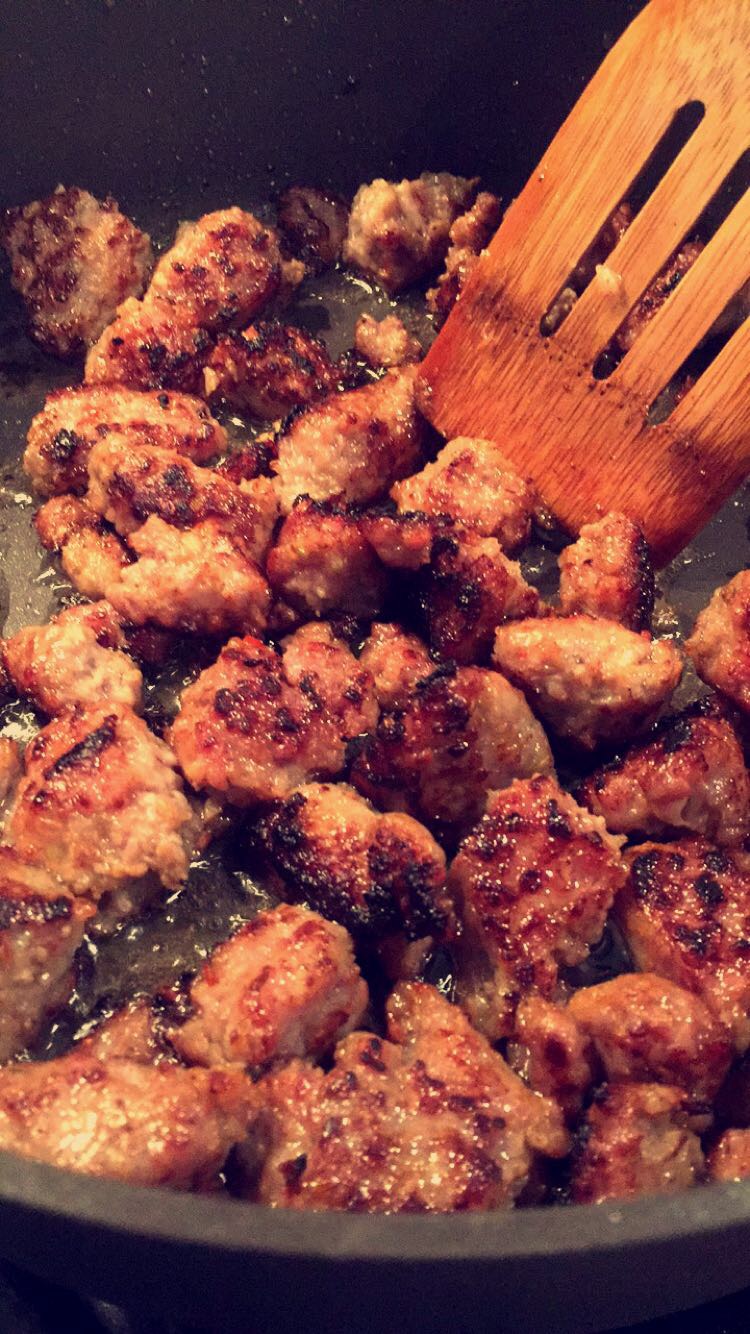 In the same skillet, saute the peppers and onion over medium-low heat with some salt and pepper. Once they’re almost done, add the garlic.

Roll out your pizza dough on a floured baking sheet (or pizza stone) and drizzle with a little bit of olive oil.  Spread the peppers and onions evenly over the dough. This is your “sauce”. Top with the grated smoked Gouda cheese, and then the sausage. 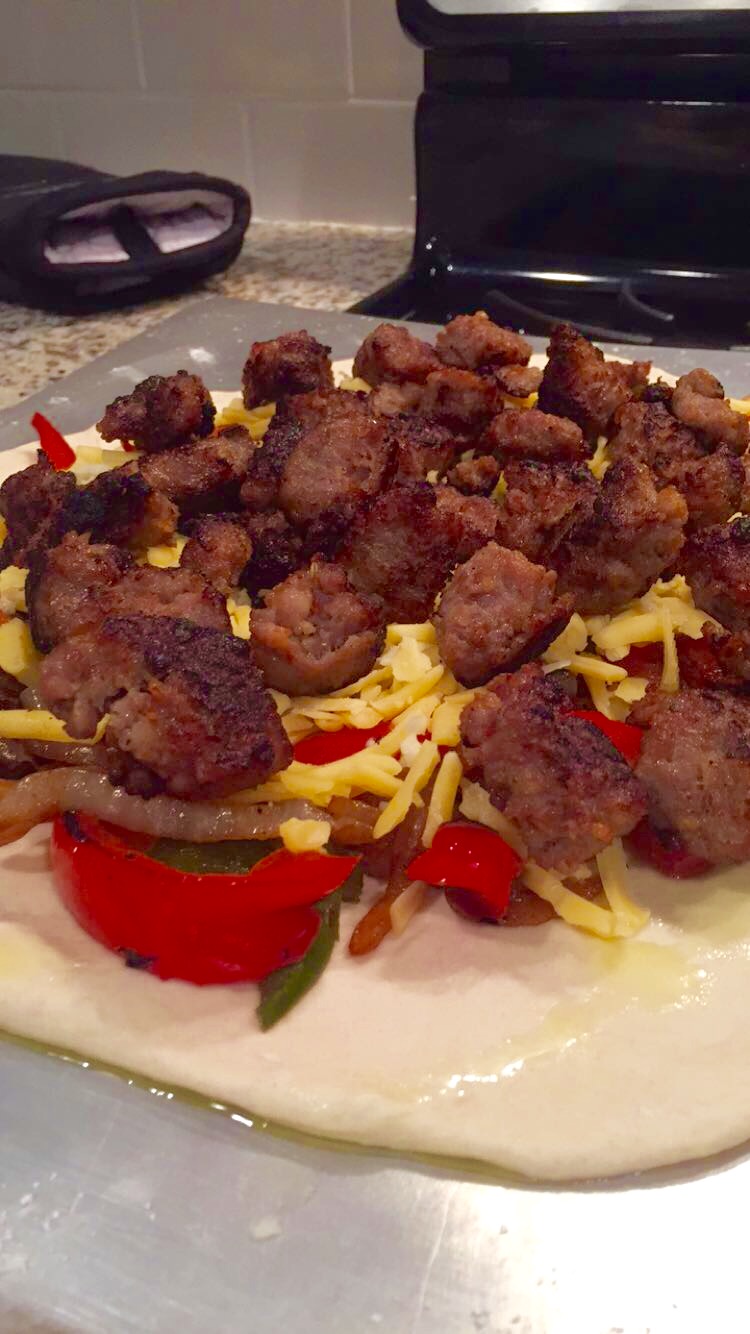 Bake at 425 for about 15-20 minutes or until the crust is lightly browned and the cheese is melted. 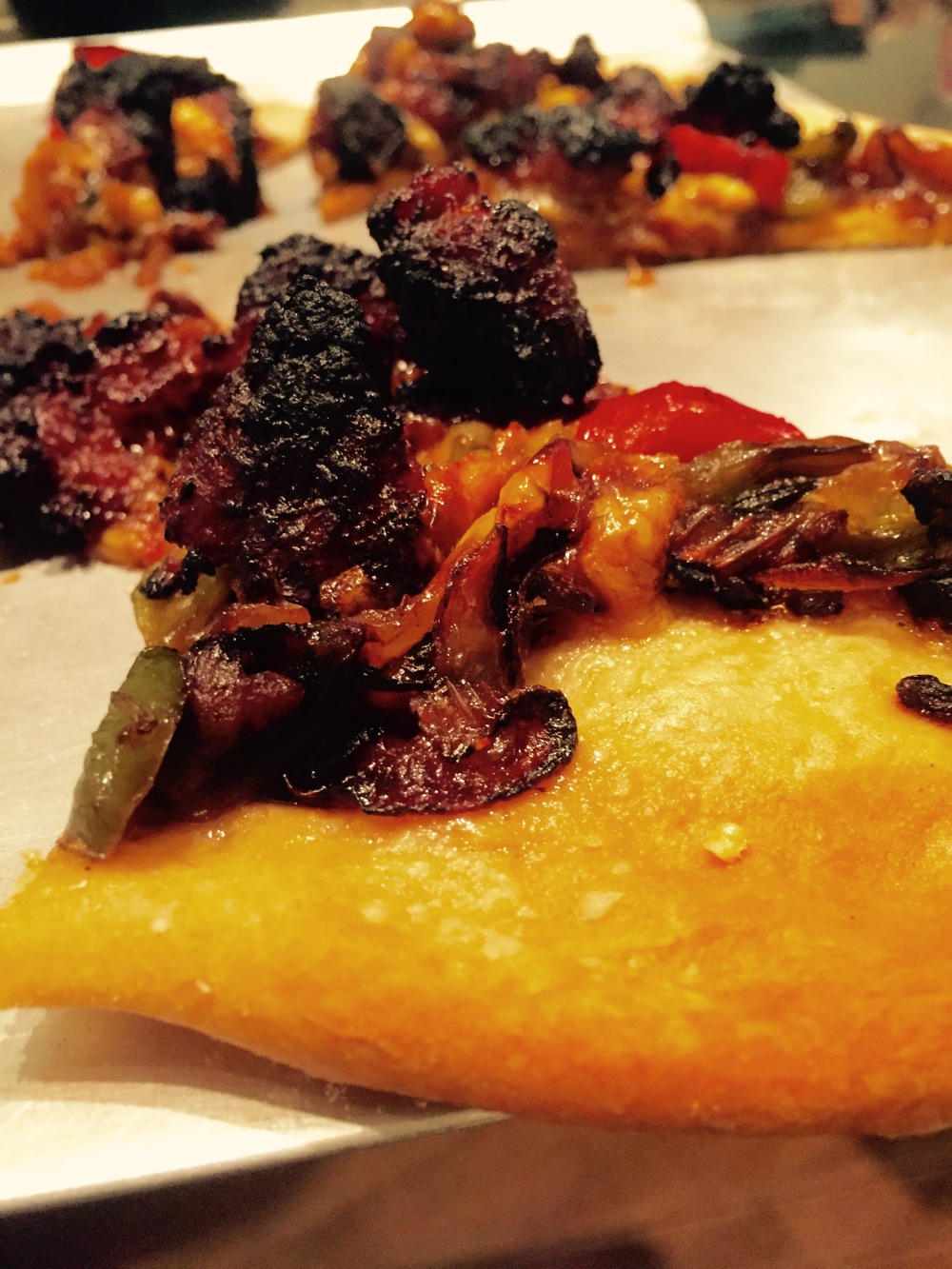 (But what about garlic powder? Garlic salt? Granulated garlic?)

Tell me you’re allergic to cheese and I’ll keel over.