I talk about a whole lot of nothing in these blog posts.

Somehow I failed to mention (almost four months ago) when I found out that I’ll be moving back to the CNY in June to do my fourth year residency at the University of Rochester Medical Center.

I think it’s somewhat ironic that I applied to 10 places all over the country and the fates are dragging me back toward Kevin, camp, and convenient Wegmans locations.

I’m really excited though, it will be an awesome experience and I get a PAYCHECK. It will likely work out to being less than minimum wage given that I’ll be the audiology department bitch for the year, but it’s more money than I make now which is 3 Body Pump classes a week. You do the math.

I went home for the weekend so that my mom and I could scope out apartments in Rochester. I agonized over the decision to the point where it was obnoxious. I was between two places  in the same building: one was significantly smaller but neat and tidy, the other was big but looked like it belonged to a hoarder. Same price.

It involved fighting almost all of my instincts to go with more space over the one that was clean with the appropriate amount of furniture.

The property management lady promised that it would be professionally cleaned and repainted before I move in.

So soon enough you’ll be seeing food pictures from a new kitchen, and I may have to switch up my style given that I’ll really just be cooking and baking for one- no easy way to pass off leftovers on the GS.

He’s convinced he’s going to starve without me.

The GS is actually the inspiration for this post. He’s in Florida on a mancation and sent me a picture of a pizza they ordered and I had to have it. Especially since when he sent me the picture I had just eaten leftover broccoli macaroni that was 4 days old.

I know Sheila has demonstrated that you can pretty much put any assortment of ingredients on a pizza and it will taste good, you get it. But here’s another concoction for your pizza repertoire, easily made into single servings!

for the pizza dough

1 can artichoke hearts, drained and rinsed

Combine water, yeast and honey and let it sit until foamy. Stir in the flour and salt and knead for 5 minutes or so until smooth- you may need to add more or less flour, I would start with 3 cups. Let the dough rise covered in a warm place for 1 1/2 hours.

Divide the dough evenly into four sections. Spread into whatever shape you like. Spread your marinara, top with a sprinkle of mozzarella. Top with diced artichokes, roasted reds, spinach, red onion, and feta. 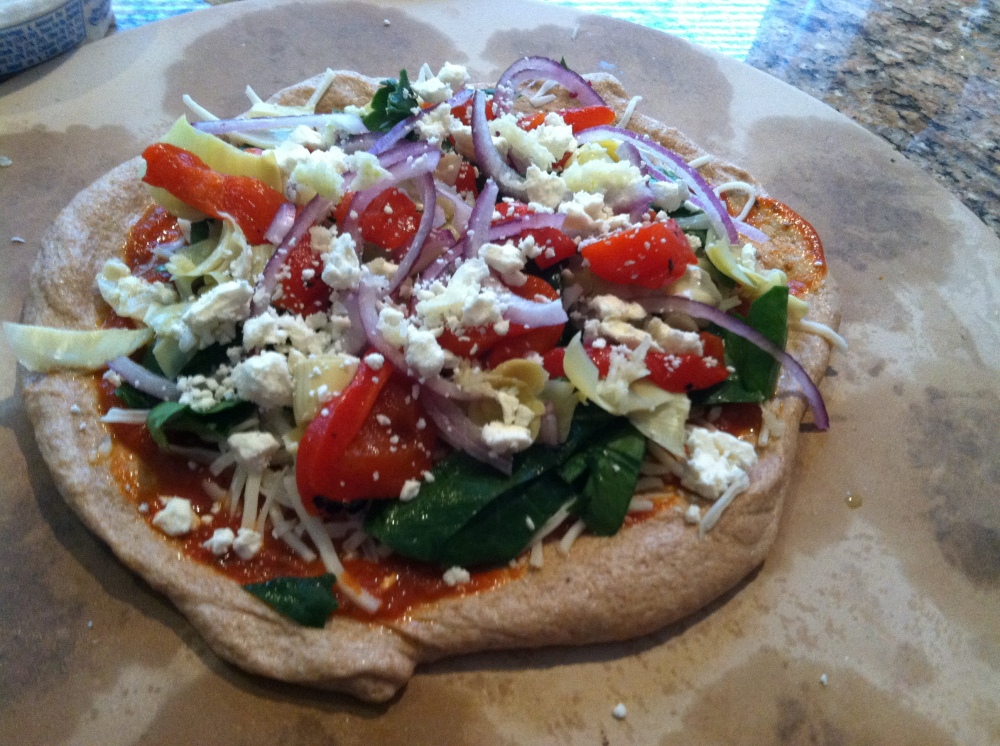 Bake at 375 on a greased baking sheet or pizza stone for 30 minutes or until the crust is golden and crunchy. 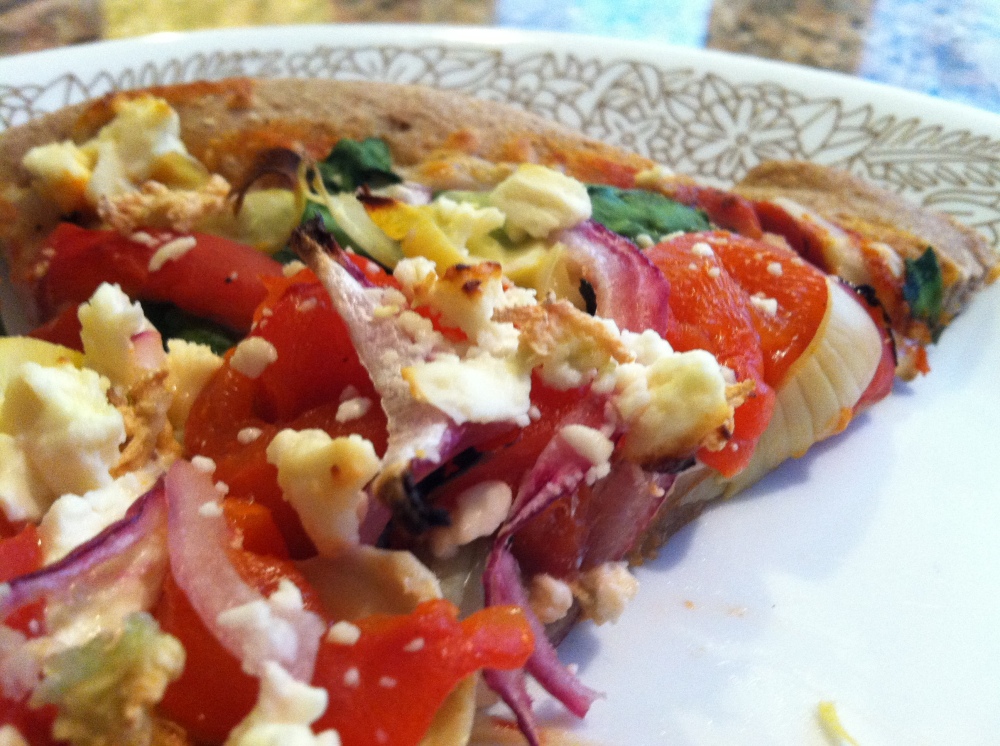 He’s still in Florida, so I spy my dinner for the next three nights.