What are you asking Santa for this year? Kevin, in case you’re wondering, is looking for a Kindle Fire and Beats by Dre headphones. His justification is that he’ll start reading more if he gets a Kindle, and will start listening to the Rocky soundtrack before his basketball games if he gets $300 headphones.

I’m trying to be a bit more practical. I figured getting perfume might be a grown-up thing to do, so that I can smell like something other than whatever deodorant/shampoo/conditioner is on sale at Target.

I went to Sephora last week to casually smell the cheapest brands and then find them even cheaper on Amazon. Unfortunately I was spotted by an eager salesperson, who insisted that I take their “Perfume Identity” quiz to determine which would suit me best.

My result after pointing to pictures of vacation spots and strange looking models was “Casual.”

She said “That’s what I figured you would get!!!”

Oh really? Did my sloppy braid, 7 year old Ugg boots and baggy jeans tip you off?

She showed me some that smelled nice, but in reality I think I’d rather smell like the bowl of coffee beans that they have sitting there for you to clear out your nasal passages in between sniffing different scents.

It seems more appropriate, given that I probably carry a scent of whatever is coming out of my kitchen. On Friday, this was about 5 pounds of buffalo chicken.

I am Baltimore famous for chicken wing dip, so I agreed to bring one to Aaron’s holiday party on Friday. I had some extra chicken and was looking to continue procrastinating, so I decided to cram the rest of it into some yummy bread.

1 batch of your favorite pizza dough, I used this one

Prepare your pizza dough. Roll it out, and cut into rectangles. You want them to be fairly thin.

Toss the chicken with the wing sauce. Top a rectangle of dough with some chicken, a little cheese, and a little dressing. You don’t want to overload them too much. 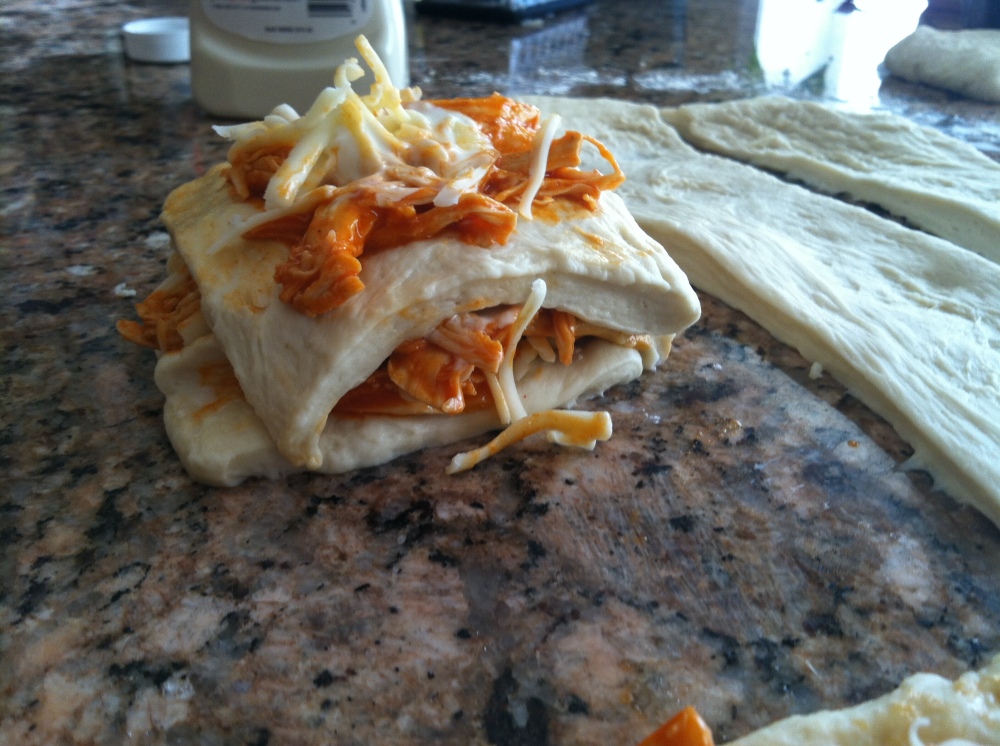 Stack your dough squares in a greased loaf pan. Allow the bread to rise again, at least one hour at room temperature. You can also refrigerate this for a few hours beforehand, maybe even freeze it. I didn’t try that but go wild. 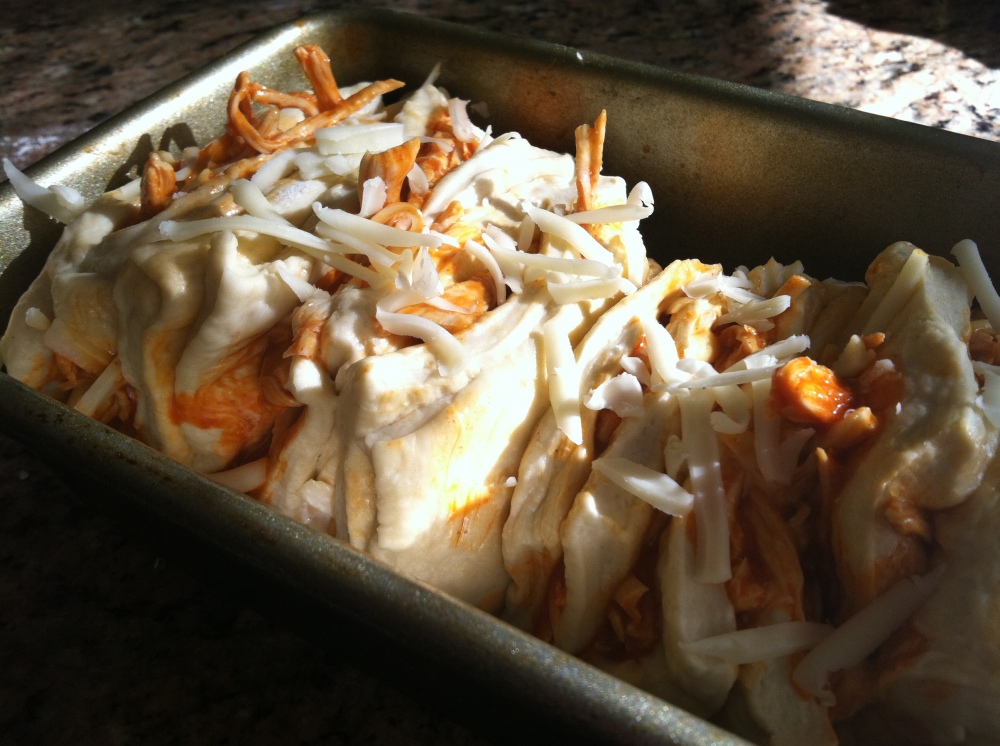 Bake at 350 for about 45 minutes or until golden brown.

It was a good thing that I brought this bread, because the dip got inhaled in record time. I didn’t even eat any I just stood back and watched it go like a proud mother observing her child’s soccer team demolish the lowest seed in the league.

Then I broke out the bread and it was like pure joy all over again.

Still waiting on someone to bottle this scent.