I’m not really sure what to call this dish. The GS and I were trying to decide what to eat for breakfast a few weekends ago (sometimes I give up my Raisin Bran routine on Sundays), and we were attempting to break the routine of bagels at THB in Canton.

He insisted that he had some delicious breakfast dish at a place in Chicago that he wanted to replicate. “It was called zapata. Or maybe cazuela. Definitely one of the two.”

After a little Google-ing, it was definitely not.

I gathered that the dish he had in mind involved chorizo, eggs, potatoes, cheese, black beans, etc. So this is neither a zapata or a cazuela but the chorizo gives it a Mexican flair so we’ll call it a fiesta. Of course that morning we never got around to it and ended up getting bagels anyway. Old habits die hard.

Later that week though, this became dinner. Really, you can eat this for breakfast, lunch, or dinner. It’s super flavorful and I love the combination of the cooked potatoes and eggs and the fresh tomato and onion topping.

This is a mishmash of ingredients. Cook the chorizo in a little bit of vegetable oil until browned. Remove it from the pan. 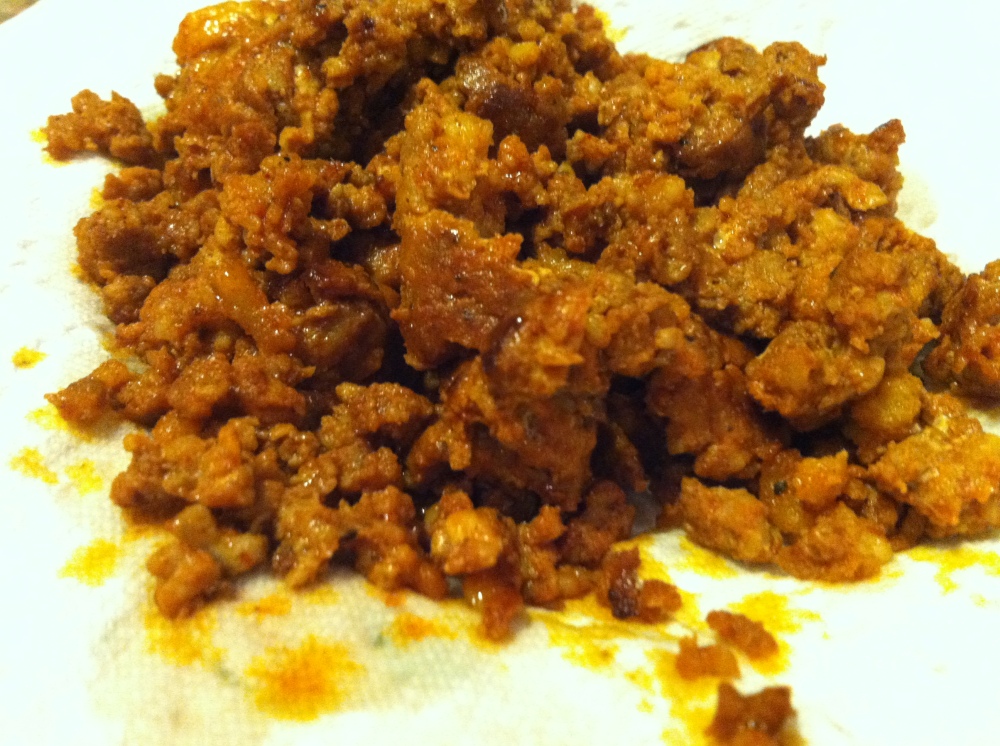 Add the potatoes and put a lid on so that they brown and steam a little, cook for 6-7 minutes. 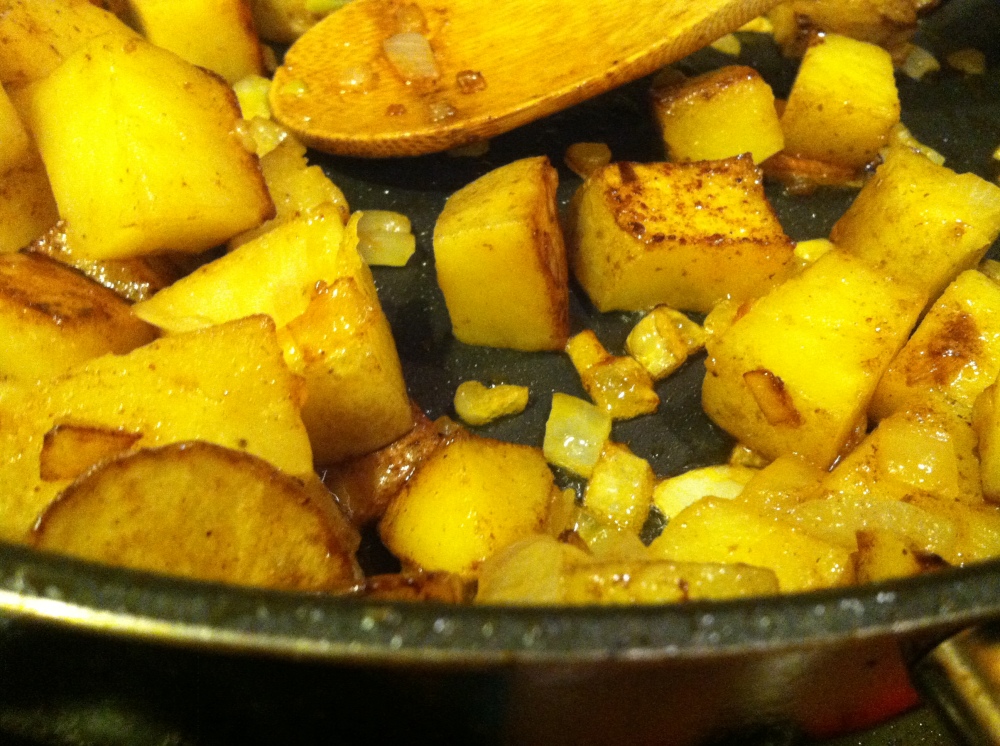 Add the diced sweet onion with a little salt and paprika and cook until translucent. Throw in the black beans.

Put the chorizo back in, and then add your eggs, and scramble around until everything is cooked. Top with cheese, diced tomatoes and red onion or scallions. Three onions in one dish? I will if I want to. 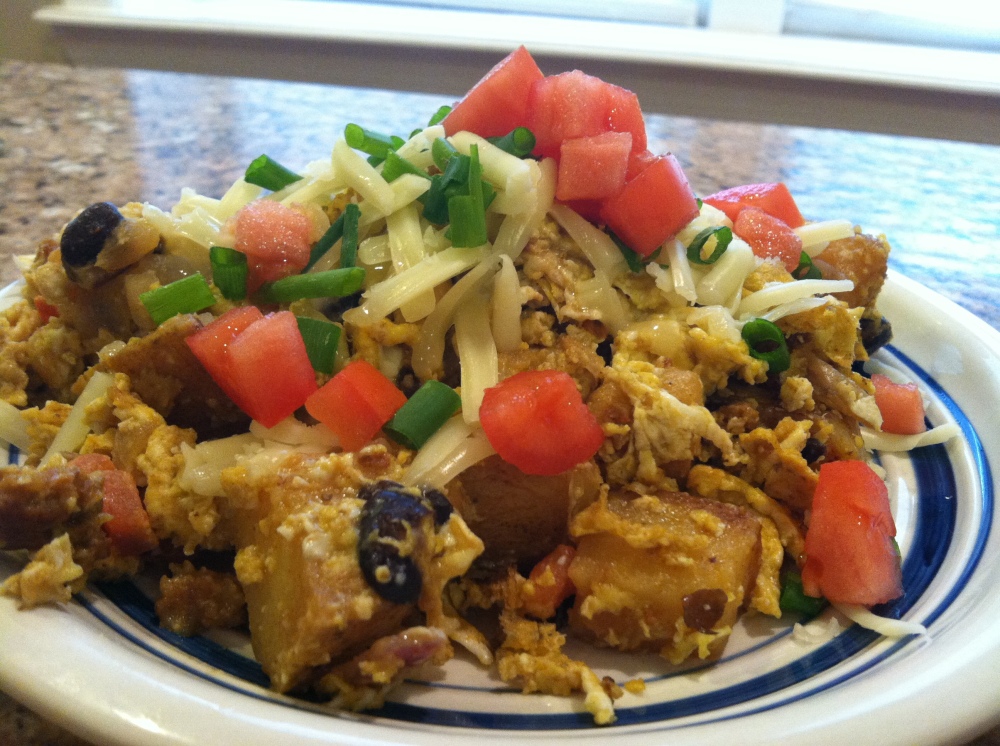 I spent the last 4 days in Chicago and didn’t get a chance to sample the inspiration for this dish but I decided I want to move there. More on that later.