It seems only fitting that my last weekend as a 23 year old was spent mostly cooped up in my basement with my sewing machine. Seriously, my newest addiction.

In the past three weeks I’ve made the GS’ t-shirt quilt, a dress, a skirt, a top, and two sets of scrubs.

I have to wear scrubs for my hospital placement this fall (YAY!) but they are randomly very expensive given that they’re shapeless unisex cotton. So why not make it a DIY project?

Then I had some leftover material so I made a skirt and a top. You know, for my hours outside of the hospital. Which apparently are not spent being social.

I also watched all of Orange is the New Black on Netflix. I’ve been looking for a new series since I finished Scandal to have on in the background while I’m pinning and stitching. I tried Breaking Bad, but after one and a half episodes realized that my crippling fear of drugs was getting in the way of me enjoying the show.

Apparently I do not have a crippling fear of lesbian activities in women’s prison, because Orange is the New Black was great. Highly recommend.

I took a break from all of this exciting activity to make myself a healthy dinner last night. Remember the last time I put black beans and sweet potatoes together and it was a hit? I do. And what isn’t made better by adding kale?

Okay, probably a lot of things. No kale in my cookies. But here, it’s a tasty and colorful addition.

inspired by Sisters Running the Kitchen

1/2 can black beans, drained and rinsed

1-2 tsp southwest seasoning, or seasoning blend of your choice

sour cream or ranch for dipping

Peel and chop the sweet potato into a medium dice. Season with salt and pepper, and saute in 1-2 tablespoons of olive oil for about 7-8 minutes until lightly browned and softened.

Rinse the kale and remove any large stems. Loosely chop it- you don’t want any huge pieces because they’ll make your quesadilla fall apart. Add the kale and the garlic to the pan with the sweet potatoes, and cover with a lid.

After 2-3 minutes, remove from heat and transfer to a separate bowl. You want the kale to wilt but still retain the bright green color. Add the beans, southwest seasoning, and chopped scallions. Combine- you can do a little mashing here of the beans and potatoes so that the filling sticks together, but you want to keep some of the texture. 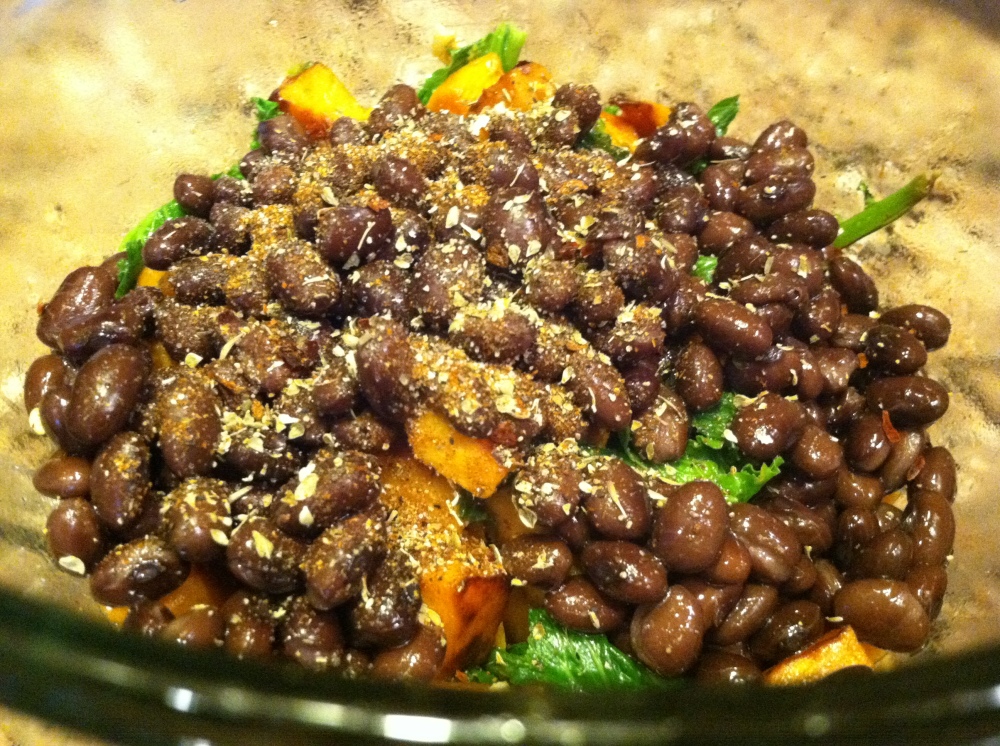 Place some of the mixture on a tortilla, and top with shredded cheese. Fold over and put them back in the pan, cooking for 1-2 minutes on each side to melt the cheese and lightly toast the tortilla. 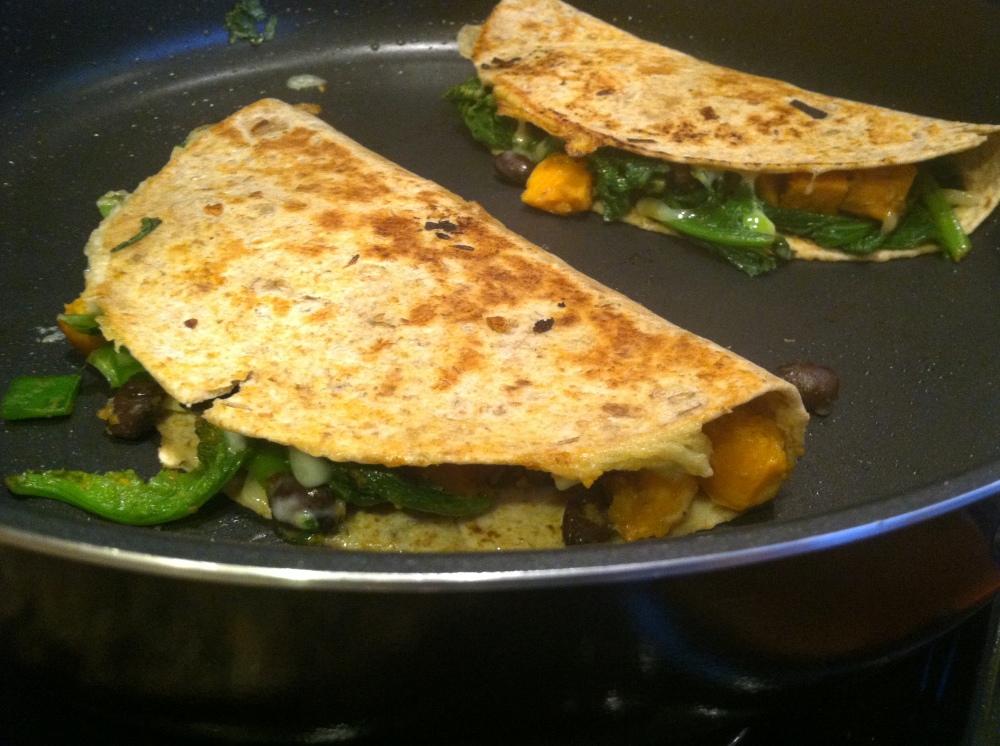 Serve with sour cream or ranch for dipping.

Maybe I’ll be more exciting as a 24 year old. In the mean time, I’m asking for JoAnn Fabrics and/or Wegmans gift cards for my birthday.