I made it back to Baltimore safe and sound! Usually I get really sad when I leave home, but luckily I’m going back in about 2 weeks for Labor Day Weekend so I haven’t seen the last of camp for the summer. 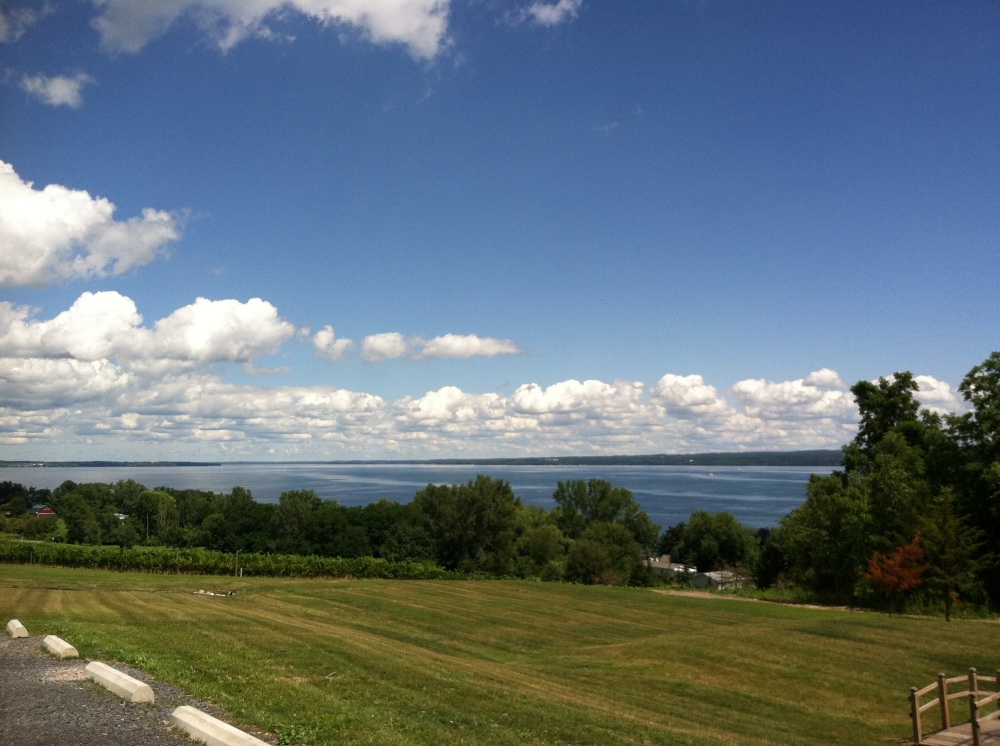 Lots of cooking. Obviously. I made two batches of orzo with roasted vegetables, chicken wing dip, a chocolate pudding cake, cucumber feta salad, and warm potato salad on the grill. I typically stick to the sides and desserts, and we throw whatever meat we have on the grill. It’s a good system. One night we determined that we only had hamburger meat and hot dog rolls, so we had hamburgers shaped like logs. It works.

Some drinking. My mom sent me to Sam’s Club before we headed out to camp this past weekend for a few things, and one of the items on her list was ‘beer.’ Now, as a former liquor store employee, I’m a bit of a beer snob. Which is weird because I used to hate it, but now there’s no way in hell I would throw a 30 of Bud Light or Michelob Ultra in my jumbo Sam’s cart. I picked a Blue Moon sampler, and ended up being the only one to work my way through it. Whoops. We also went wine tasting at noon on Sunday (normal drinking hours).

I water skied for the first time in 2 years! And then gained a massive amount of respect for my uncle, who used to stand in the water for HOURS giving all of us a boost when we were trying to learn. I did it for about 15 minutes for my brother and a couple of cousins and was shivering. Brat.

This muffin recipe has been a family staple for as long as I can remember. For a few weeks over the summer (it seemed like a few hours- very fleeting) there are blackberries that grow wild around camp. We would run out with our green buckets picking them all, eating half, and bringing back the rest begging for muffins. I remember coming downstairs in the morning and seeing the silver muffin tin on the counter and thinking, BEST DAY EVER.

We would count the number of muffins and the number of people in the house and figure out how many we could eat. I watched Kevin and my cousins Ethan and Tyler do the same.

For the record, why did we ever think anyone needed to eat four muffins for breakfast?

As I said, blackberry season is fleeting. But these were made with some blueberries brought up by my Aunt Janet, quite the esteemed baker herself. If I’m being honest, she baked these ones. But I’ve made this recipe before, so I hope you’ll let it slide.

This is the original recipe:

Naturally with a meatball recipe on the back of the same card.

In case you can’t read that scrawl..

1 cup of any berries

Cream butter and sugar. Add the eggs and milk, then dry ingredients. Gently fold in the berries to avoid breaking them as much as possible. Bake at 375 in greased or lined muffin tin for 20 minutes. 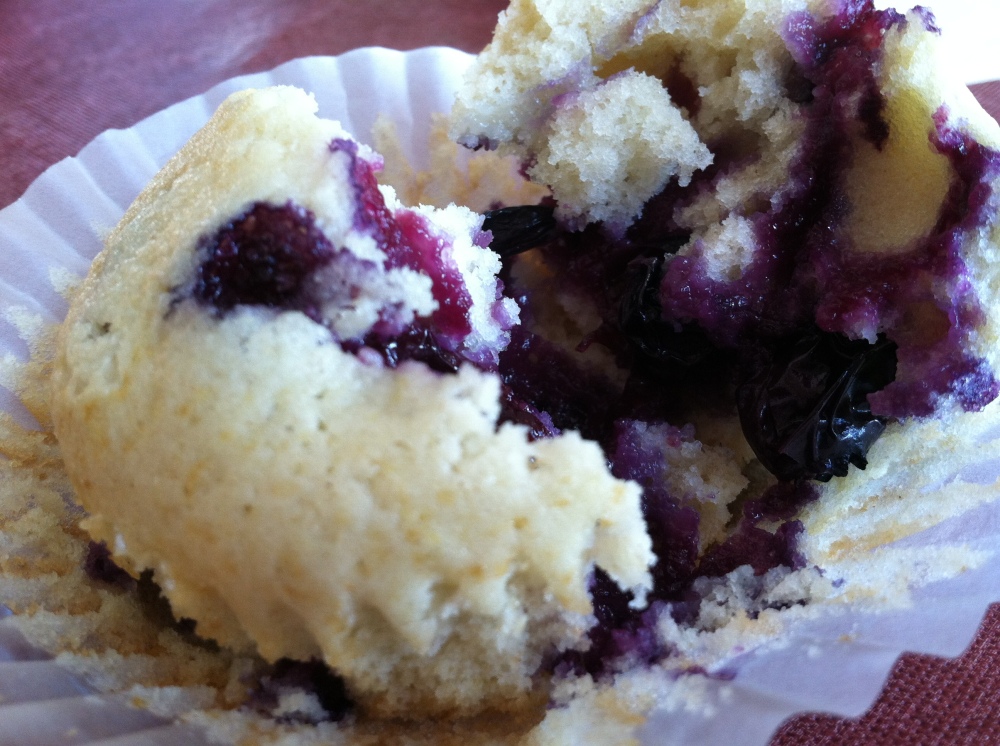