As I’m sure you all know, last Sunday was Mother’s Day. Unfortunately I couldn’t be home with my mom on the actual day, but I obviously sent a card and called her before either of my sisters (winning). After Body Pump I decided to do some cleaning since I was already dirty. Even though my mom and I don’t live in the same house and she couldn’t see me, I felt like scrubbing my bathroom floor on my hands and knees was a fitting way to spend Mother’s Day.

Then I went outside to wash my car (you’d think it was Father’s Day, too), and our elderly neighbor came over and said he would pull his car around when I was finished. I told him, sincerely, that I would be happy to wash his car, but then he got embarrassed and walked inside. About 10 minutes later he came back over with two cartons of strawberries.

“I really don’t want you to wash my car, but I want to give you these.”

Seriously the cutest thing ever. 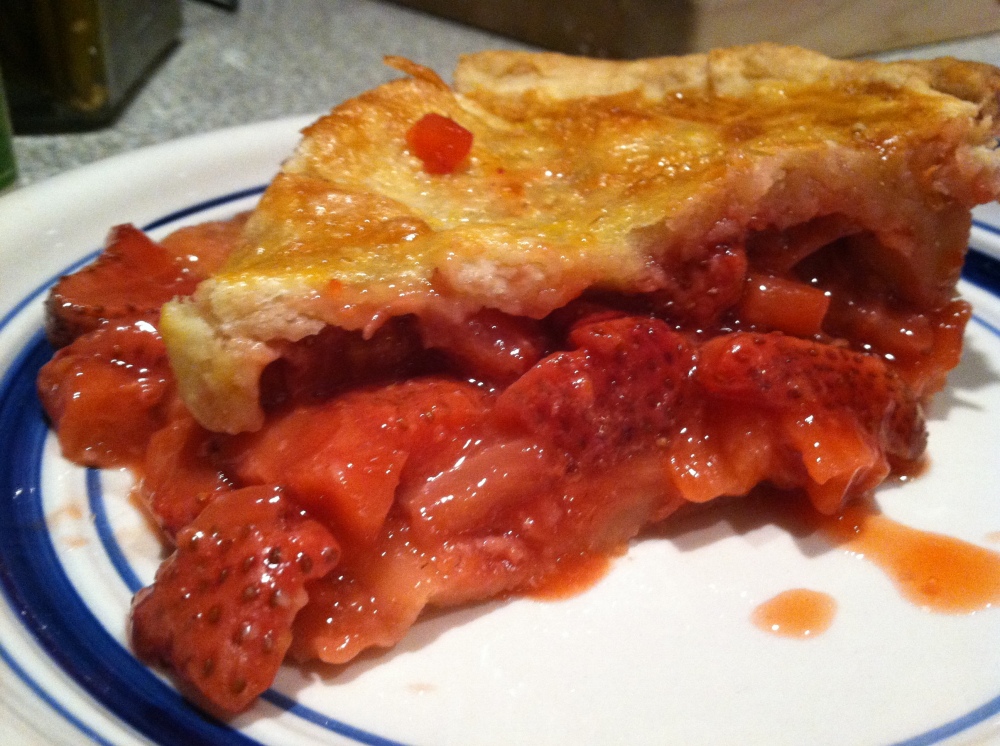 I’ve made pie crust a couple times now, and I found it to be messy and taxing with my hands so I thought I would try using my food processor. This was a good idea, in theory, except that I ended up adding too much water so the crust was a little wet- almost like biscuit dough. It turned out fine, but you want to add just enough water to get the crust to hold together. 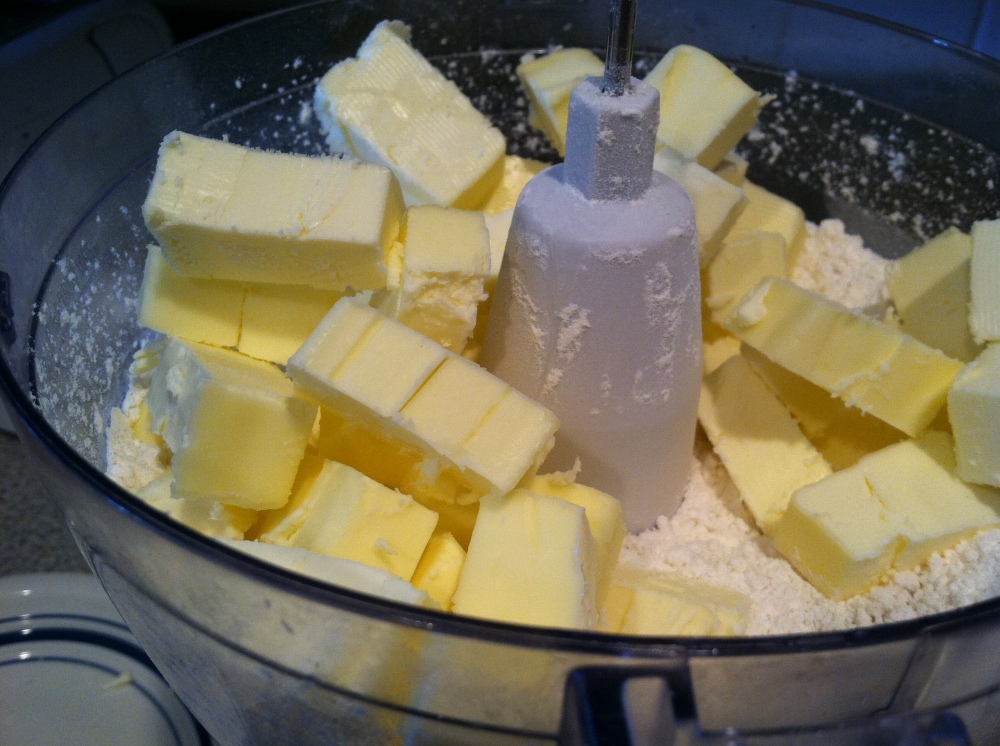 Separate the crust into two sections, and wrap in plastic. Refrigerate for at least an hour.

Combine the strawberries, lemon zest and juice, sugar, and cornstarch. Refrigerate. I used a lot of lemon juice and zest because I find strawberries to be sticky-sweet sometimes so I wanted the tart flavor. If you aren’t a fan, just add less. 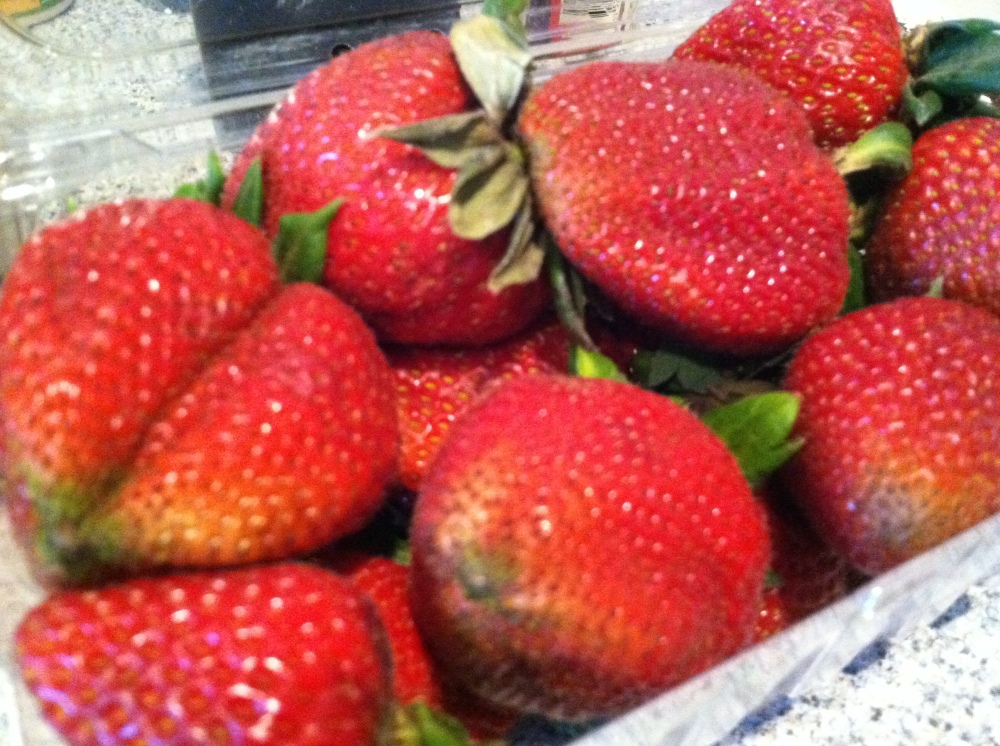 Roll out half of the pie crust and place in a buttered pie plate. Poke holes in the bottom with a fork, then pour in the strawberry mixture. 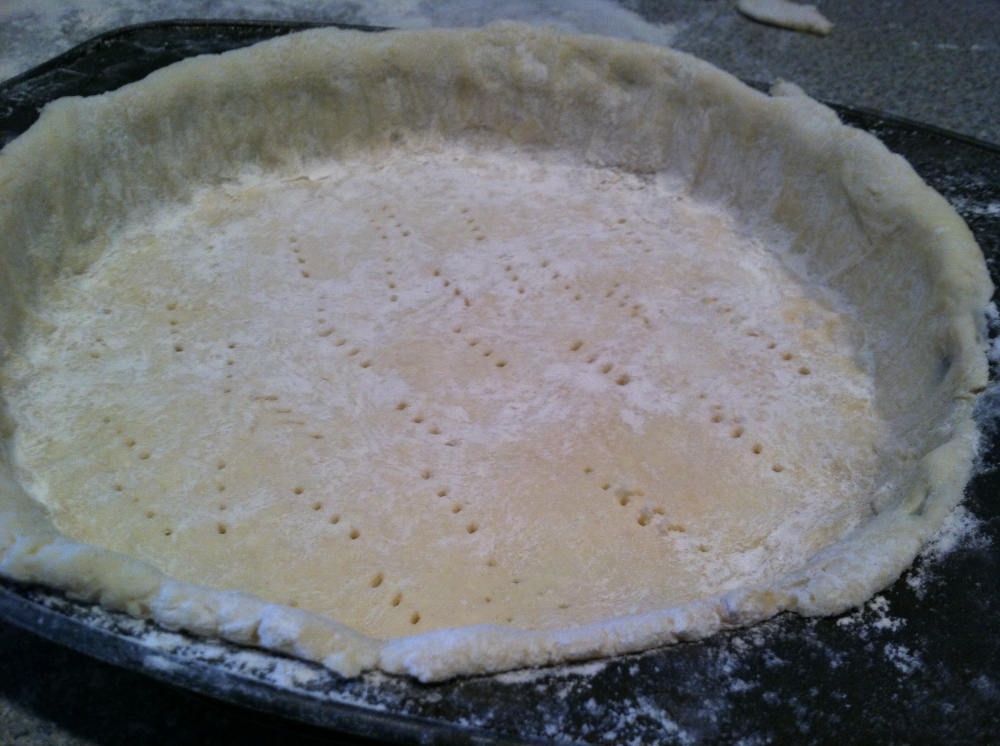 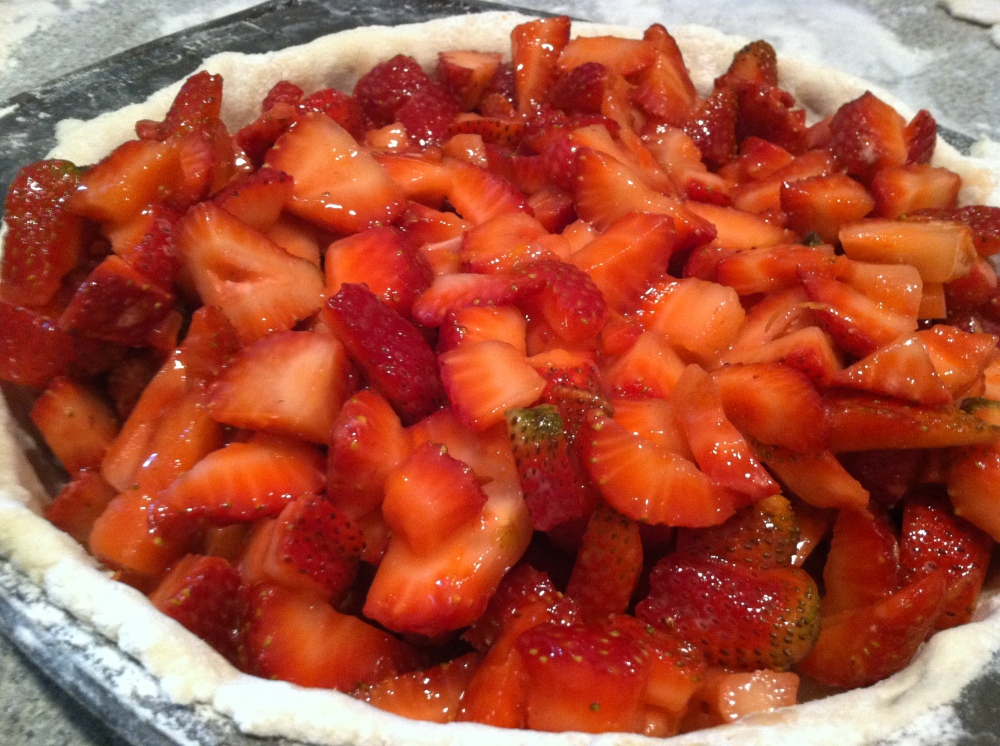 Add the top crust, pinching the two together. Brush the top with an egg mixed with a little bit of water, and then cut two slits to release some of the steam. 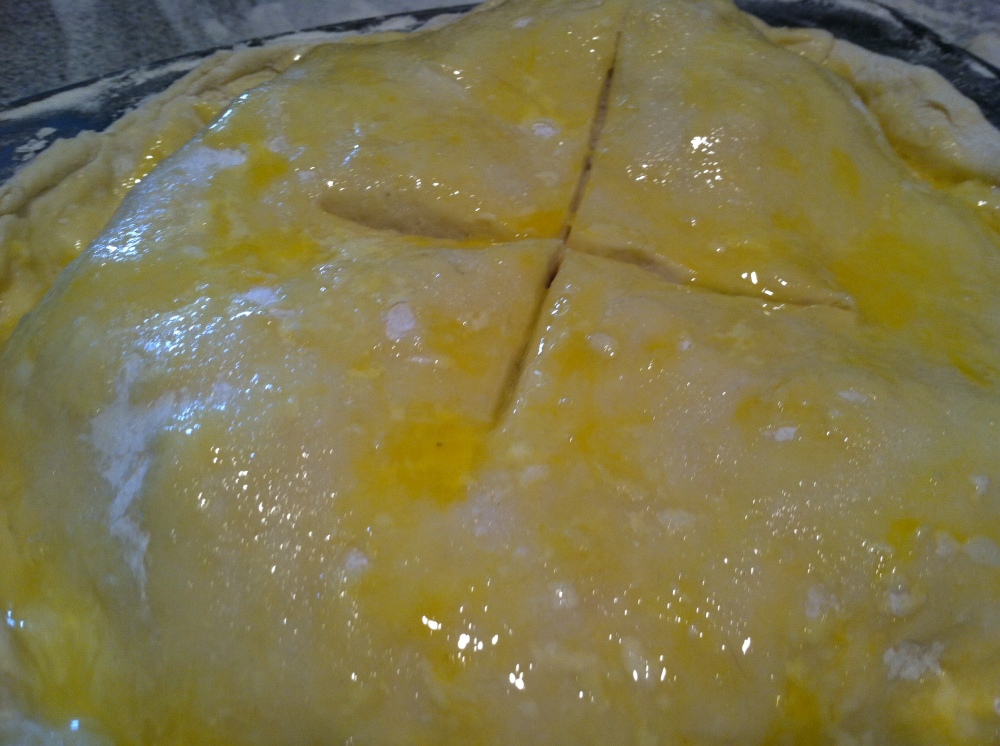 Bake at 400 degrees until the top is golden brown, about a half hour. Slice and serve with ice cream and/or whipped cream. 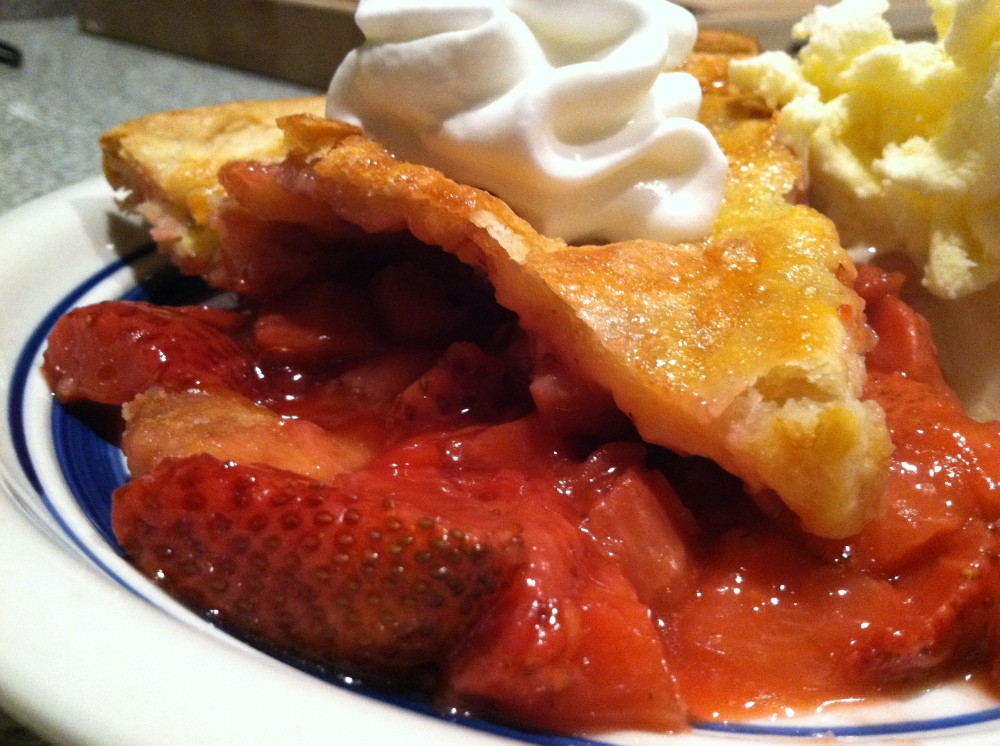 I’ve since knocked on my neighbor’s door no less than 3 times trying to bring him a big piece of this pie to share with his cute little wife as a thank you for the berries, but he hasn’t answered.

Maybe I should slip hearing aid information under the door and he’ll hear me knocking the next time I bake in excess.