My parents and KEVIN are on their way!! In fact they’ll be here in about a half hour, so this will be a quick tip.

When I first became one of the six coordinators for orientation at Loyola, one of the training activities was to teach the rest of the group something. We could pick anything, we just had to come up with a brief presentation. The others chose things like playing a few chords on the guitar, folding clothes a la J. Crew, stage lighting (cool, Ian). I picked this: how to properly cut and serve a pineapple.

I’m pretty sure everyone thought it was weird, but I guarantee if they ever want a tropical centerpiece they’ll think back to that 5 minutes of knife work in the Leadership and New Student Programs office. You’re welcome.

The only negative feedback I got was that I was a little too sarcastic. Sorry, L.D., that has only gotten worse.

This technique comes straight from the hostess with the mostess herself, my mother.

First you need a pineapple. You can tell a pineapple is ripe if all the lumps? scales? I don’t know what they’re called- if they’re all about the same size. If they’re noticeably smaller toward the top, let it sit for a few days before cutting into it.

Using a serrated knife, cut the top off. Save it- it’s the star of your display.

Slice it in half the long way. 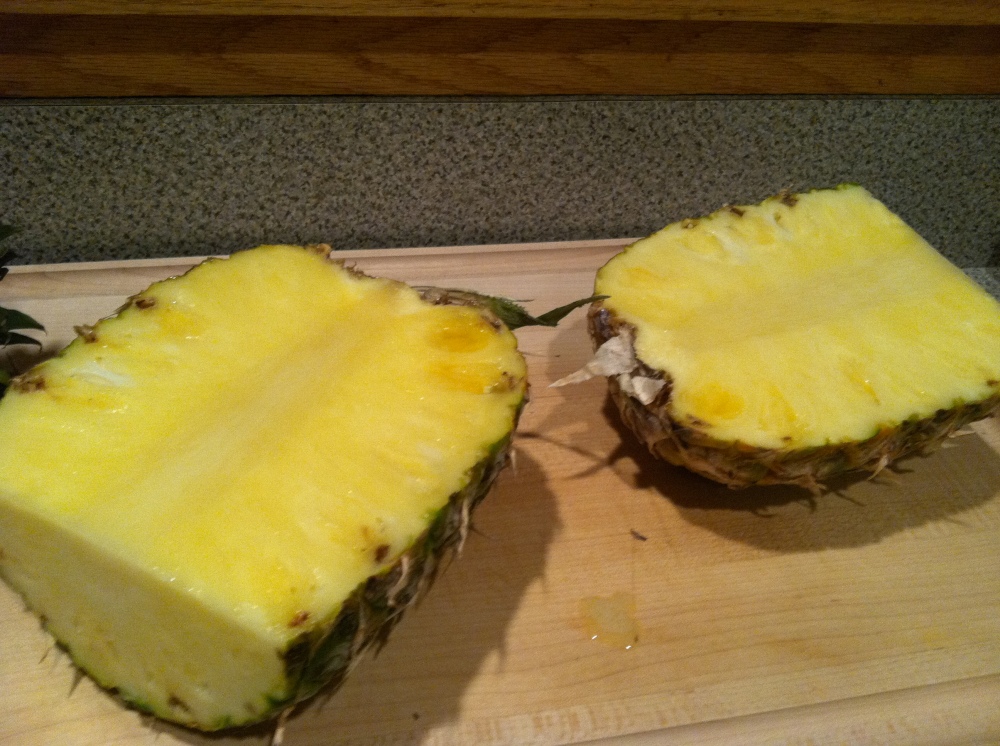 Then slice each of those in half, and in half again. You’ll have eight pieces.

Cut off the rind. It’s a little tough to chew- you can see the distinction between the rind and the fruit because it’s slightly lighter in color.

Slice between the fruit and the outer layer, leaving the fruit on the skin.

Cut into four or five bite sized pieces per section.

Arrange the 8 sections around the top of the pineapple. My mom has a rectangular tray that she uses, but I went with a radial display.

Stick toothpicks in each piece. If you’re being really festive use multi-colored ones. This is me logging complaint #8547 against Shoppers for not having any. 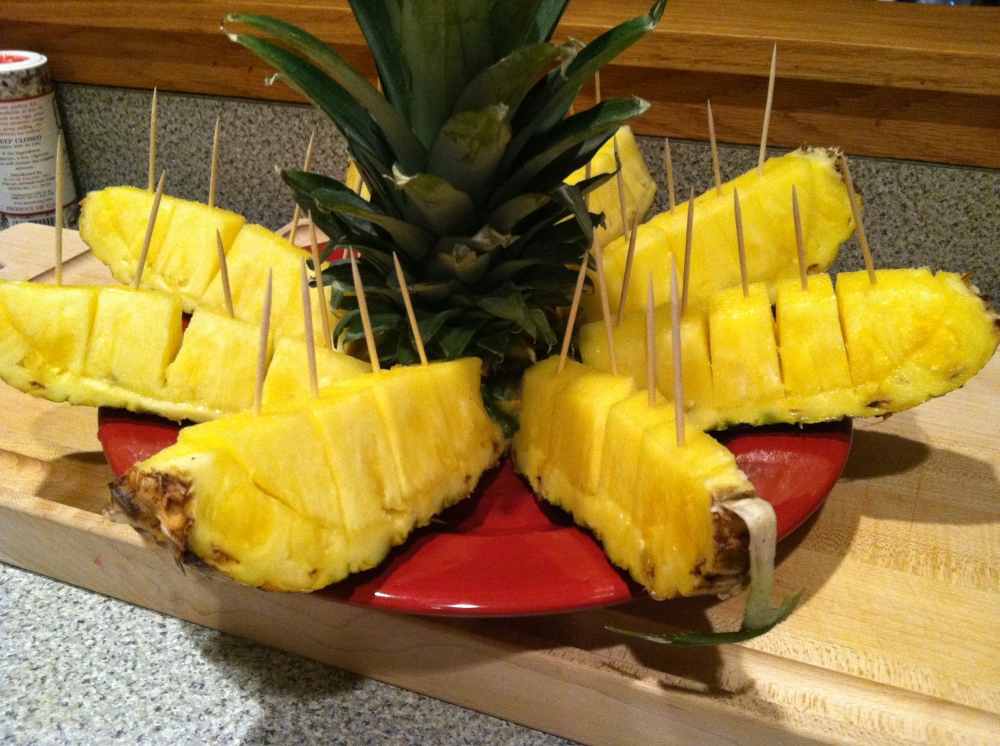 It’s always a hit! And I wrote this in record time. Marilyn will be thrilled to see it on the counter when she gets here.

..with only a few chunks missing.