Does this even need an explanation for why I made it?

Probably not. But want to hear something really cool about me? (Your response: “Always.”)

Both of my parents have a twin! No, their twins are not also married to each other. I’m weird enough without that kind of inbreeding.

My mom’s twin, my Aunt Madelyn, made beer bread over the summer at camp. She had bought a mix at a party that was a “just add beer” thing, which was a fantastic idea because if there is one thing we always have at camp, it’s beer. I selfishly ate half the loaf despite the fact that there were probably 27 other people waiting in line for a slice. And then I forgot about it until now. How silly of me.

I ate a tomato for dinner and then realized that I’m not, in fact, a girl that can pull that off, so I started foodgawking for something else. The first recipe I came across for beer bread was on a blog written by a home cook. She told a cute little story about how she “accidentally opened a beer during the middle of the day and decided to make bread!”

Translation: I was drinking alone while my kids were at school, and then realized I should probably eat something to soak up the booze before they got off the bus, so I cracked open a Coors Light and made bread. And then told the kids it was Mommy’s special bread and they weren’t allowed to have any. 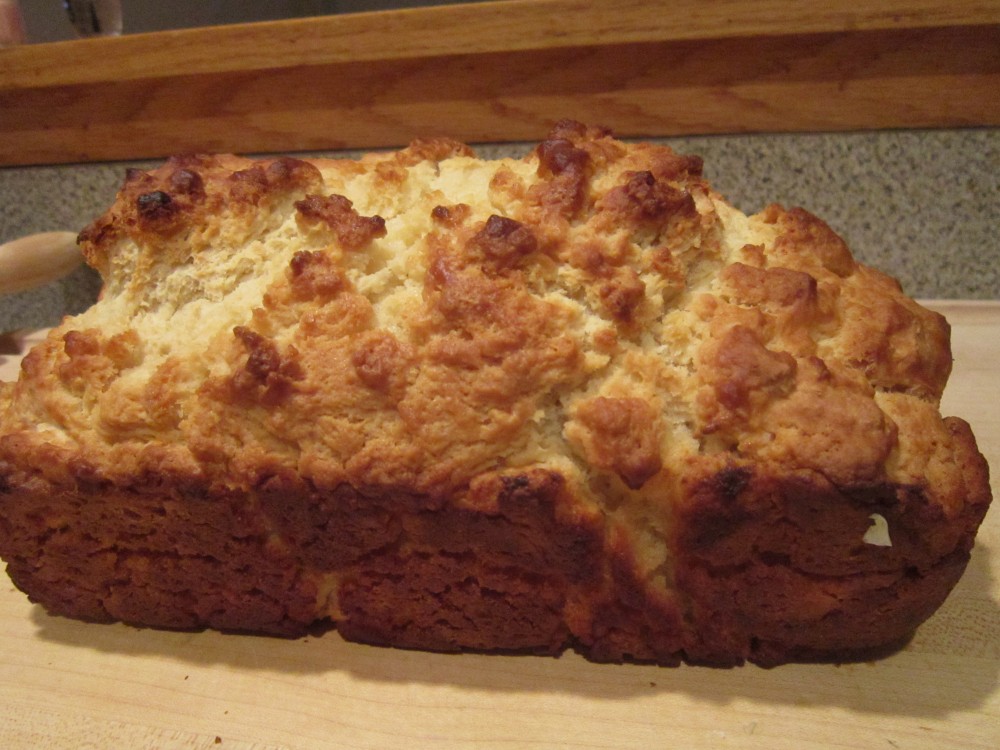 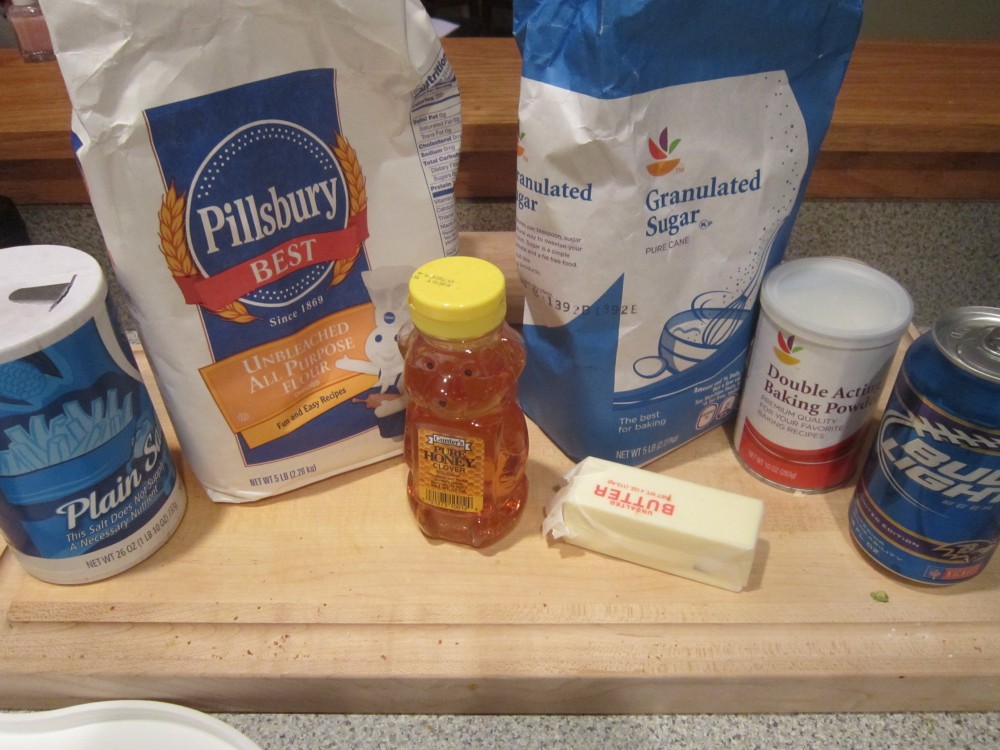 Whisk together the flour, baking powder, sugar, and salt.

Add the honey and beer, and mix with a wooden spoon until just combined. Do not overmix.

Grease the edges of a standard bread tin. Pour 2 tablespoons of the melted butter in the bottom.

Pour the bread dough (it should be sticky) over the butter, then top with the remaining melted butter. 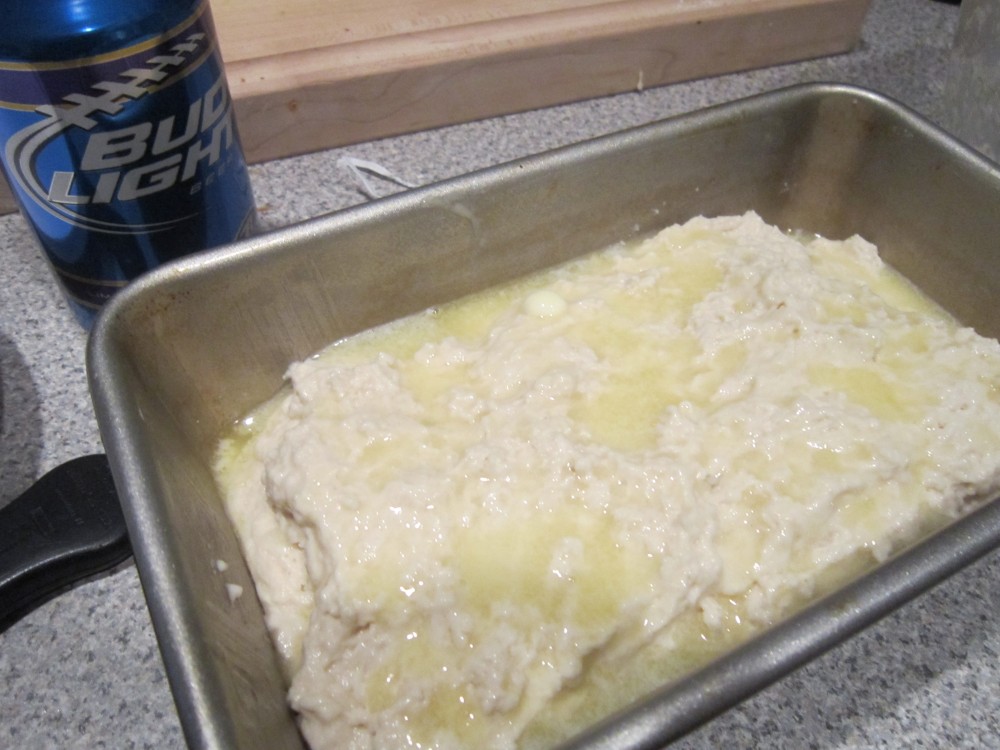 Eat straight out of the oven with butter.

Delicious. I almost made a yeast version as opposed to a quickbread, but I’m glad I didn’t. This was moist and fluffy on the inside, crusty and flaky on the outside, and had really good flavor. And it took all of 5 minutes to put together.

Is it sad that when I opened the fridge to grab a beer and saw Bud Light I thought, “Oh wow! We have good beer!”

..because the 30 of Natty was on the back porch. We’ll try that for the next loaf.