Did ya miss me?

I’ve been home for less than 2 hours after traveling for 36. Part of me feels like a zombie and part of me is bouncing off the walls to eat pasta and Italian bread for dinner after straight Thai food for the past two weeks. I loved it though- I took pictures of literally EVERYTHING I ate, but I’ll spare you and only include my favorites.

Glass Noodle Salad, Koh Samui. Really spicy, but delicious. Glass noodles are made from the seed of mung bean sprouts. They’re kind of chewy but I liked it- they’re also used in different soups. And that flower is made of carrot. I ate it while saying “He loves me, he loves me not.” I’m annoying on other continents as well.

Pad Thai, on Khao Sahn Road in Bangkok. Street food in HUGE in Thailand, and so so cheap. Actually, most of the best food is the cheapest. This was about 90 cents and a full meal. We stayed in a hotel on Khao San, which is kind of touristy because it’s where a lot of backpackers stay, but it was entertaining to say the least. We had Pad Thai a few other places while we were there, and this was by far our favorite.

The picture is blurry because I was juggling my plate, my camera, and trying not to salivate. We also really liked the lady… 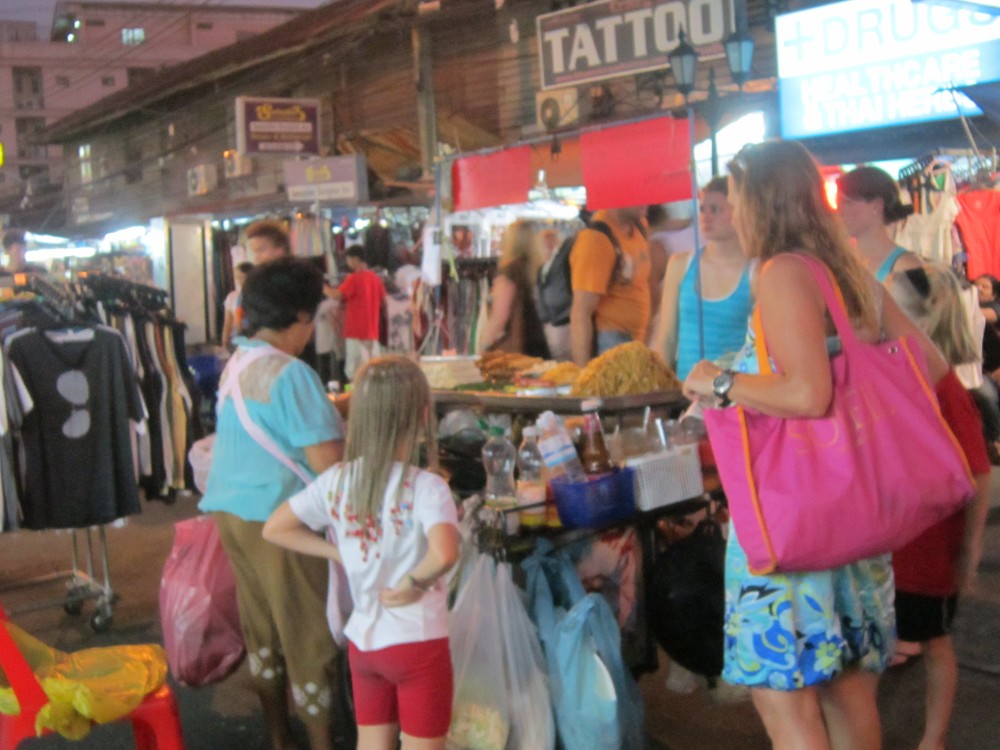 Stir Fried Kale with Chicken and Rice, at the Thai Elephant Conservation Center in Lampang. Kale is my new favorite vegetable. I had it in a few different dishes in Thailand and it was great in all of them. The day of riding and playing with the elephants was one of the best things we did, and good food on top of it made hitch hiking for a rickety bus home even more worth it. 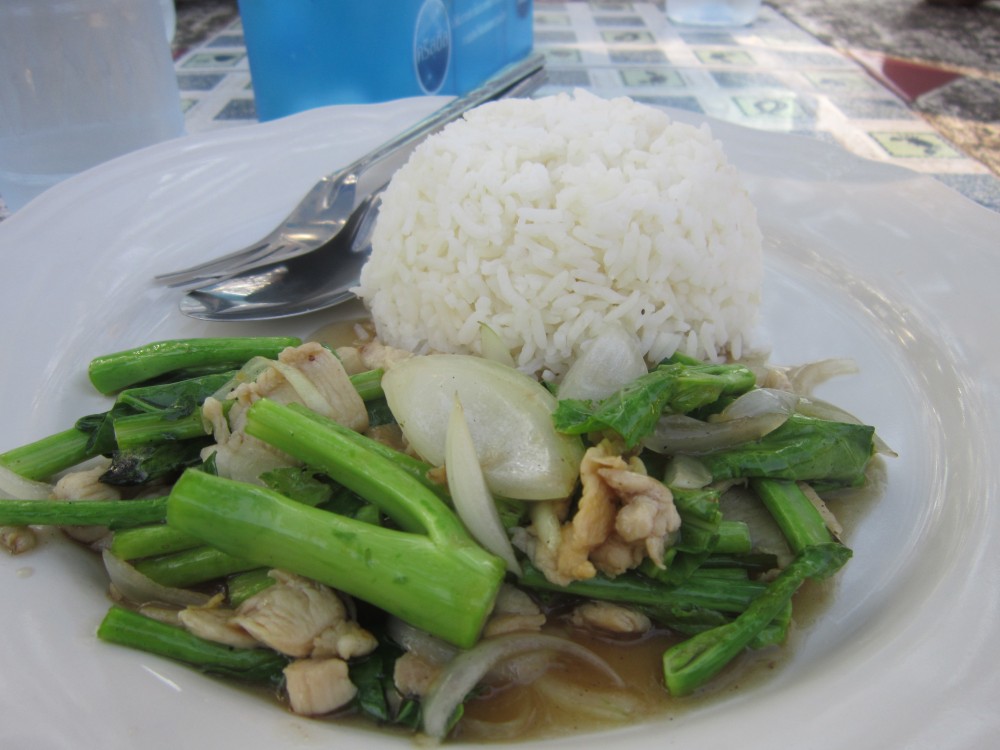 Som Tam- spicy papaya salad in Chiang Mai. I think this might have been my favorite thing we had. It’s really spicy- but very refreshing and a good starter. I liked it with the long beans and peanuts and tomatoes. The papaya is really crunchy. I’m not good at describing this one but it was great.

Banana Rotee- another street food. It’s kind of like a crepe, but less pancake-y and more crispy. It has bananas in the middle and chocolate sauce (even though I asked for Nutella). My communication skills with the Thai people were less than impressive.

Pad See Ew- wider rice noodles, stir fried in soy sauce with chicken and veggies. Very filling. And I had it with Thai iced tea, which was really sweet. I thought tasted like tea mixed with vanilla ice cream, and Danielle thought it tasted like Werther’s. Both of which sound gross but I really liked it.

And last but not least.. Soda in a bag!!! The vendors want to make sure the glass soda bottles get recycled, so they pour the soda into a plastic bag with ice and stick a straw in. I was so excited that I drank it really fast and got a stomachache.

After bitching the last couple days that I wasn’t going to eat Thai food again for a year, these pictures made me crave it again. Wah wah.

We took a cooking class in Bangkok and it was SO cool. I’ll post pictures from that when I get over the jet lag. Happy to be home and able to share my food adventures! And thank you to Sheila for keeping up with it while I was playing in Asia!