Five finals in approximately 48 hours was ridiculous. And all of our teachers kept saying, “Wow! What a terrible finals schedule!”

Uh, hullo. You made it. Thanks.

But it’s over now, I survived that and my five hour drive home through the rain and fog. In the “mountains” of Pennsylvania I felt like I was in that Magic School Bus episode where Miss Frizzle drives them through a cloud and they learn about the water cycle. No? Okay.

Kevin also told me when I got home that he had to write an essay for school about holiday traditions, and he wrote about how I come home from college and we play Mario Kart. I would have told him that was stupid and that he should have written about one of our other holiday traditions with our family, since we have many. But he told me he included that I always win when we play, so I was cool with it.

Speaking of family, here’s one of Alice’s recipes. She comes out with some good ones, like the zucchini casserole and the magic bars, in case you need a push to try it.

1 28 oz can whole tomatoes (broken up, with juice) 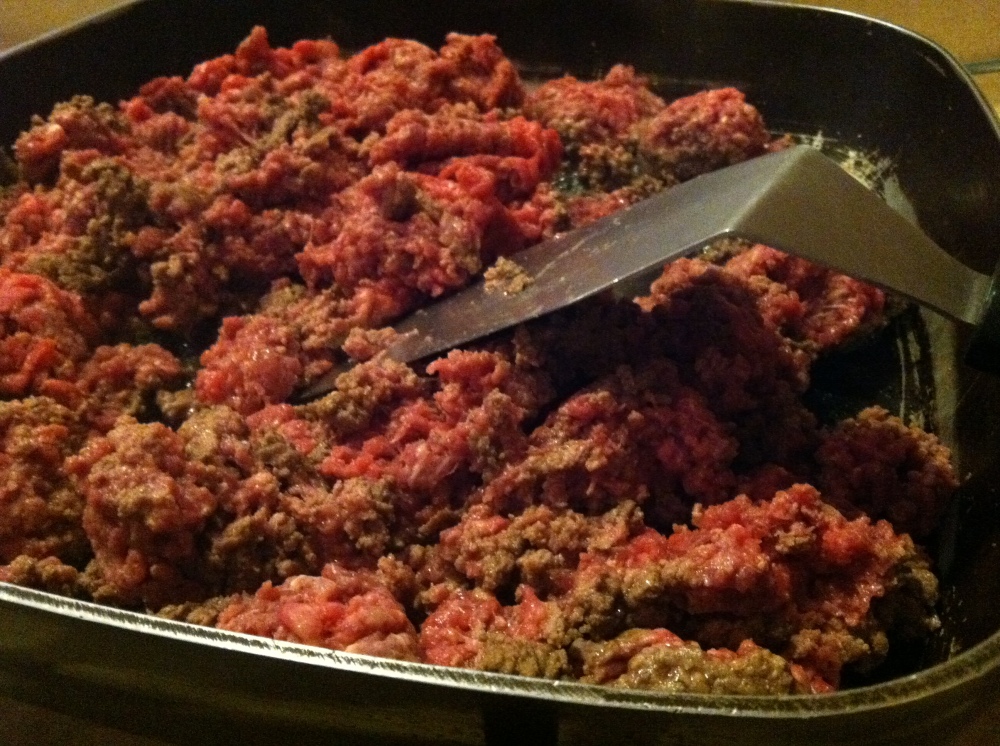 Chop peppers and onions, and place in a large pot. Add the beef, tomatos and sauce, and seasonings.

Stir everything together and let simmer. As you probably know, the longer chili sits together the better it tastes. So make it at least a few hours ahead. 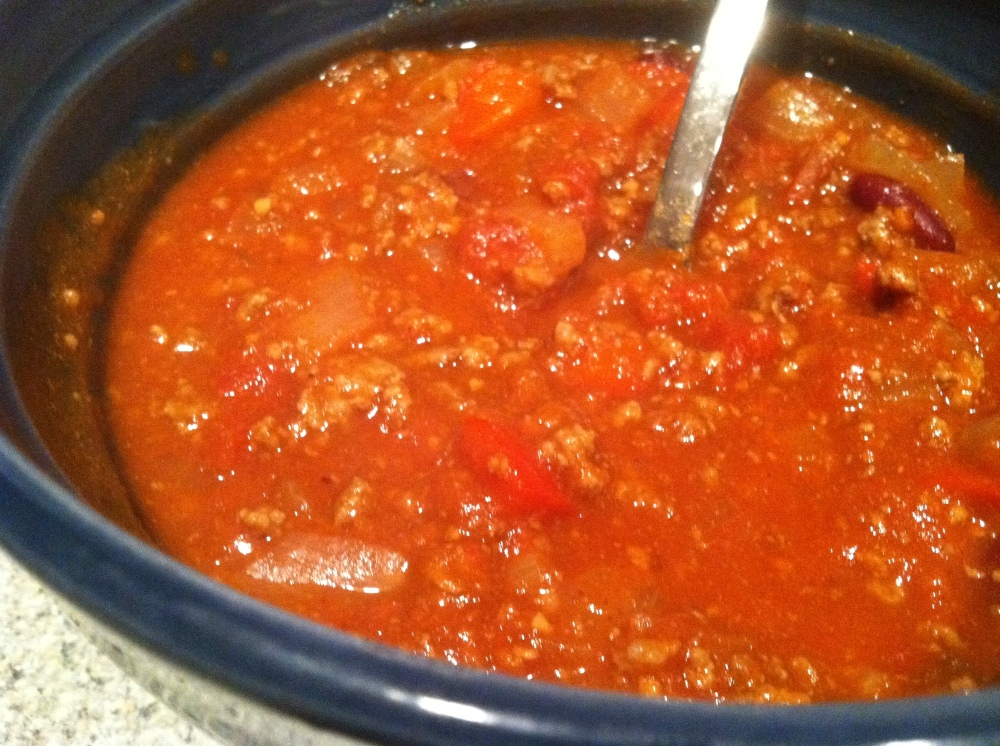 My mom and I made a huge batch over Thanksgiving and I brought back a tupperware full to Baltimore. Which was good, since I refused to go to Shoppers for about 4 days after I got back after flirting with Wegmans again over break..