This shouldn’t be new information.

I don’t generally eat pre-packaged cookies, though. I’m all about home baked goodness. Although if you put Chips Ahoy(!) in front of me, I wouldn’t turn them down. Only the regular ones though- I don’t like the Chewy kind. I think I can taste the preservatives.

Girl Scout cookies, however, are their own genre. So a few things about Girl Scouts:

1) I was one. Troop 419 in the brown sash, Troop 153 once we got our teal vests. Hot. We were like the Real Girl Scouts of Split Rock Elementary. Every meeting was somehow dramatic, because there’s so much to bitch about in 4th grade.

2) The Girl Scout Handbook is a very large publication. Picture a paperback dictionary. I once slapped Morgan across the face with it. I wasn’t generally an aggressive child, primarily because I was significantly smaller and weaker than Kelly and Morgan, and sensitive enough to cry EVERY time they called me four-eyes. But apparently that day I cracked. Got in big trouble for that one.

3) Last year I gave up all sweets for Lent. Hardest thing I’ve ever done- I was basically crying after one day. And then my mom bought about 9 boxes of Girl Scout cookies. It was my Azkaban.

4) I hate that they changed the names of the cookies. Give me some Trefoils and Samoas. None of this “shortbread” and “caramel de-lites” nonsense. People can look at the pictures and read the descriptions- you don’t need to spell it out in the title, thanks. 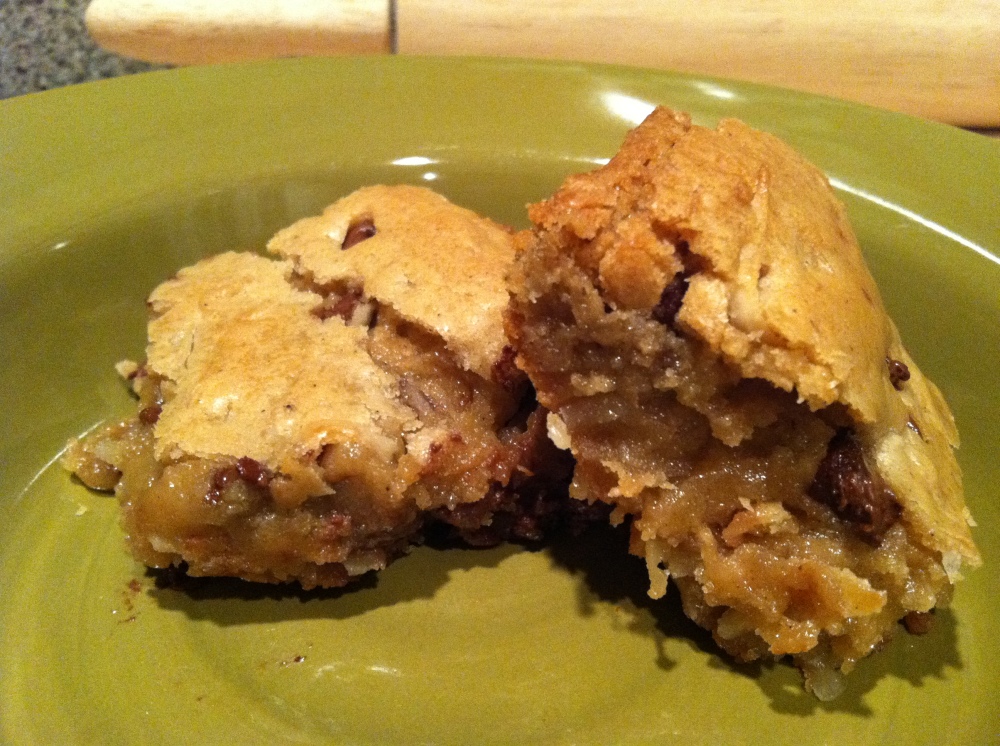 Brown the butter slowly on the stove, then set it aside to cool.

In a separate bowl, mix the flour, salt, and coconut. Fold into the wet ingredients, then add chocolate chips. Press into a greased pan (I used 8×6) and bake at 350 degrees for 25-30 minutes.

I’ve made blondies before and, as per usual, insisted on cutting into them right away. You can’t do that. They just fall apart- they have to cool and set up a little bit. That time I just dumped the mess over vanilla ice cream and called it a night, but for the sake of photography it was an exercise in self control.

Or it would have been, if I didn’t eat a few of the real thing while I was waiting. 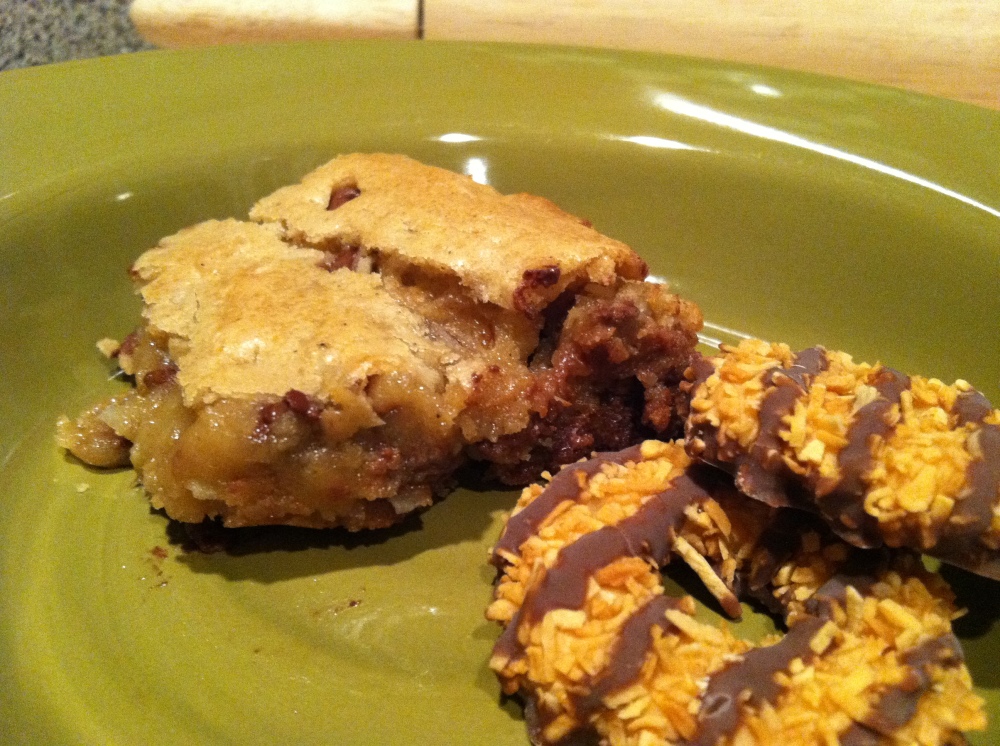