I took the weirdest yoga class today. It was a good workout, but it was very hands-on, as in the instructor physically manipulated my limbs into ways I did not know my body could bend. Then toward the end he was telling us how laughter is a stress reliever, and just started cackling away and asked us all to follow. I, of course, have no tact and was just openly laughing at the instructor while everyone else stared at him blankly. During shavasana he broke out a flute.. it was strange.

This is totally unrelated to the food- I just wanted to share the story.

I made crepes tonight! I used to work at a restaurant across the street from a crepe place and would stare out the window from my hostess stand wishing I worked at a restaurant that made crepes, or didn’t have a manager who was an alcoholic. Either one.

I had never made them before but figured it was worth a shot, especially since I saw this crepe cake on foodgawker that looks fantastic but you have to be proficient at the technique since you need like 80 crepes to make the cake.

How many times have I said “crepe” in this post?

I used a simple recipe with whole wheat flour so that I could eat 8 of them and pretend they were healthy. I did some savory and some sweet. So versatile.

Mix the ingredients together and refrigerate for an hour. I think this is because if the batter is room temperature it cooks too fast. I may have made that up.

Heat up a frying pan with a little butter or cooking spray and pour about 1/4-1/3 cup batter in, depending on the size of your frying pan. After I messed up the first three and had to throw them down the garbage disposal, I got the system down. Lift the pan off the heat and pour the batter in- swirl the pan around until there’s a thin even coating. Put it back on the stove and let it cook for 30 seconds or so until the edges look crisp, then flip it over.

For the filling, I used chicken, spinach, caramelized onions, garlic, and a little ricotta. 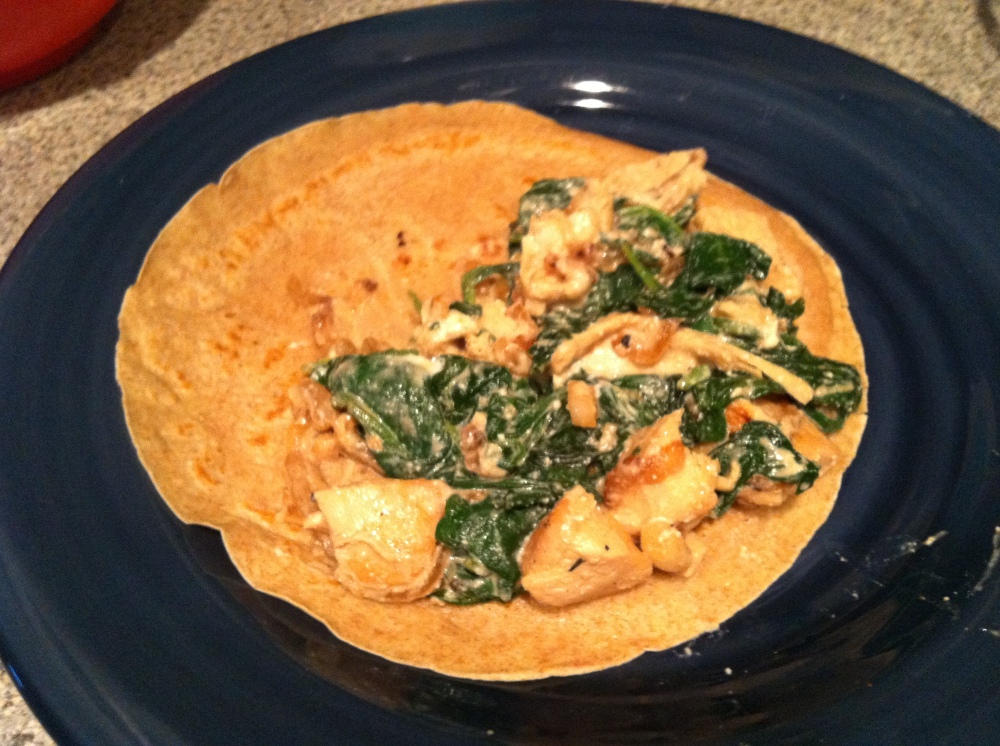 For the sweet ones, I made a little chocolate ganache with chocolate chips and heavy cream, and then added a spoonful of natural peanut butter, just for kicks. And put powdered sugar on top so they look pretty.

I like to eat fancy food while dressed like a scumbag. Wearing leggings, a huge rugby shirt, and slipper socks with my hair on top of my head in what I was recently told is called a “bid bun,” eating French food. Sounds about right. 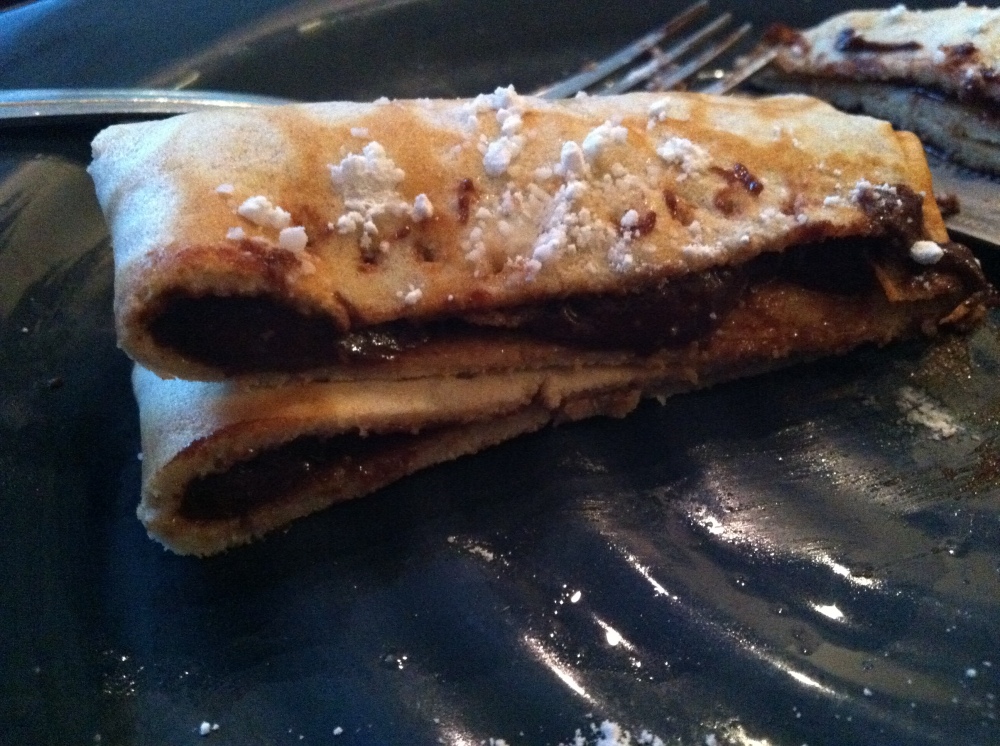