For the final installment of camp food I chose the dish that most embodies what camp is all about: chicken wing dip. This is the ultimate happy hour food, but I have also been known to eat it for lunch or dinner. Or make a single serving (cut the recipe in half) and eat it all by myself. It’s comfort food at its finest. Even if you don’t like chicken wings do yourself a favor and make this. It has three kinds of cheese- that should say it all.

Even though camp is a relaxation destination, there have been many a time when I’ve needed some comfort food out there. Like when I was three and got bit by a horse fly on my head. Or when I almost drowned after trying this thing that was supposed to help you learn to waterski, but actually made it impossible for me to stay above the water once I fell. Or when my mom broke the news to me that my genius idea of selling the clay at the bottom of the lake to spas for mud masks would not, in fact, be a profitable business venture.

I must confess that I didn’t take the pictures of the finished dip. My family is currently feasting on it out at the lake while I share the recipe with you all. I made it on Tuesday but we didn’t break it out for happy hour because I also prepared bruschetta.

So everyone out there is enjoying the chicken wing dip now. I guess it’s good for you to know that you can make it a couple days ahead. My Uncle Bob is British and some of his relatives are visiting this week, one of whom is an 11 year old girl who told me in a Hermione Granger worthy manner that I am “quite a good cook!” Hearing it in an American accent will just never compare. She especially liked the peanut butter pretzel brownies I made.

I stole this recipe from Jess, who must think Sheila and I are stalking her at this point. Mine didn’t look as perfect as hers, but they were good enough for Kevin to recommend that I “sell them for money.”

Back to chicken wing dip. Start with a softened 8 oz brick of cream cheese. Again, don’t bother with reduced fat. You’re not going to make this healthy. Spread it to an even layer at the bottom of a casserole dish. Top the cream cheese with a thin layer of blue cheese dressing. This was always a point of contention for my roommates, who claimed they don’t like blue cheese. They basically wanted me to spread a quarter teaspoon over the cream cheese and call it a day. My mom, on the other hand, also adds crumbly blue cheese because she likes extra. Do what you want, and use ranch if you have to, but I’m all about the blue. 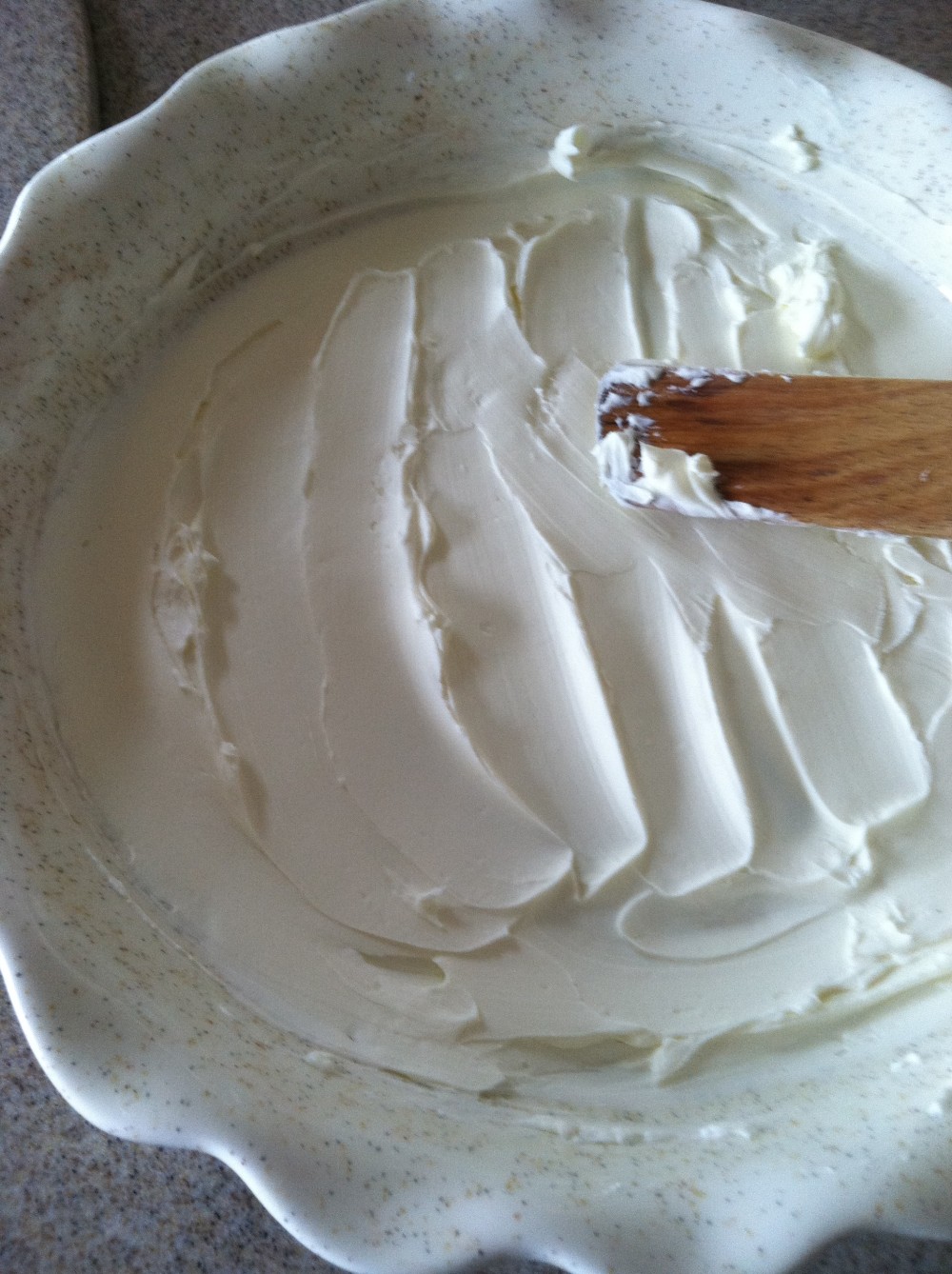 Boil 3-4 large chicken breasts until they’re cooked through. Once they’ve cooled enough to handle, shred them using two forks. My mom once tried to save time and use the food processor and it came out like chicken paste. I mean I still ate it, but I don’t recommend doing it that way. Cover the shredded chicken with whatever buffalo wing sauce you like (I use Franks) until it’s thoroughly coated. Spread the chicken on top of the cream cheese and dressing. 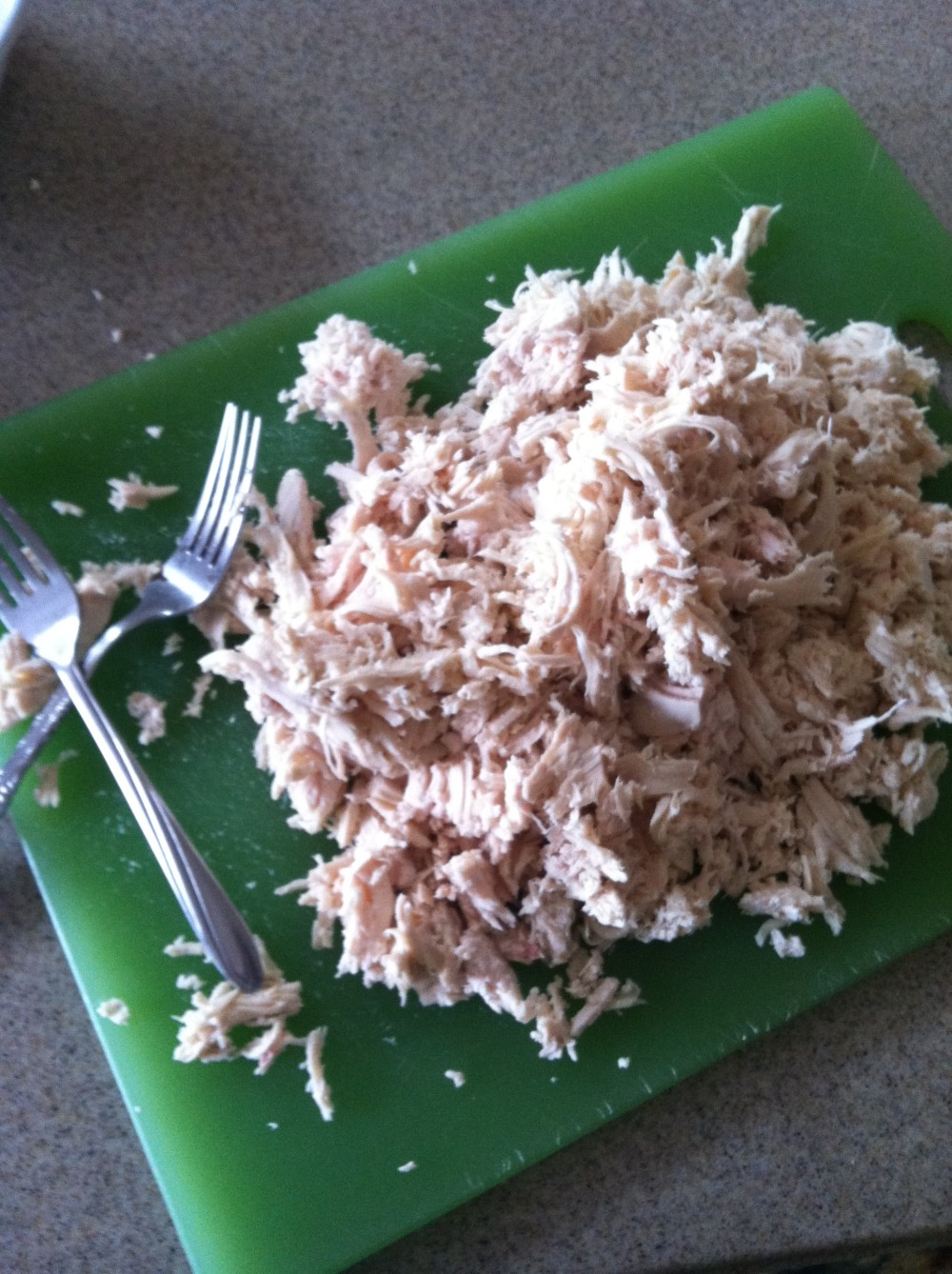 Then top the entire concoction with our third cheese. I always use Monterey jack because it’s nice and mild and doesn’t get too greasy when it melts, but we didn’t have any at camp so I used a combination of Colby jack and cheddar. 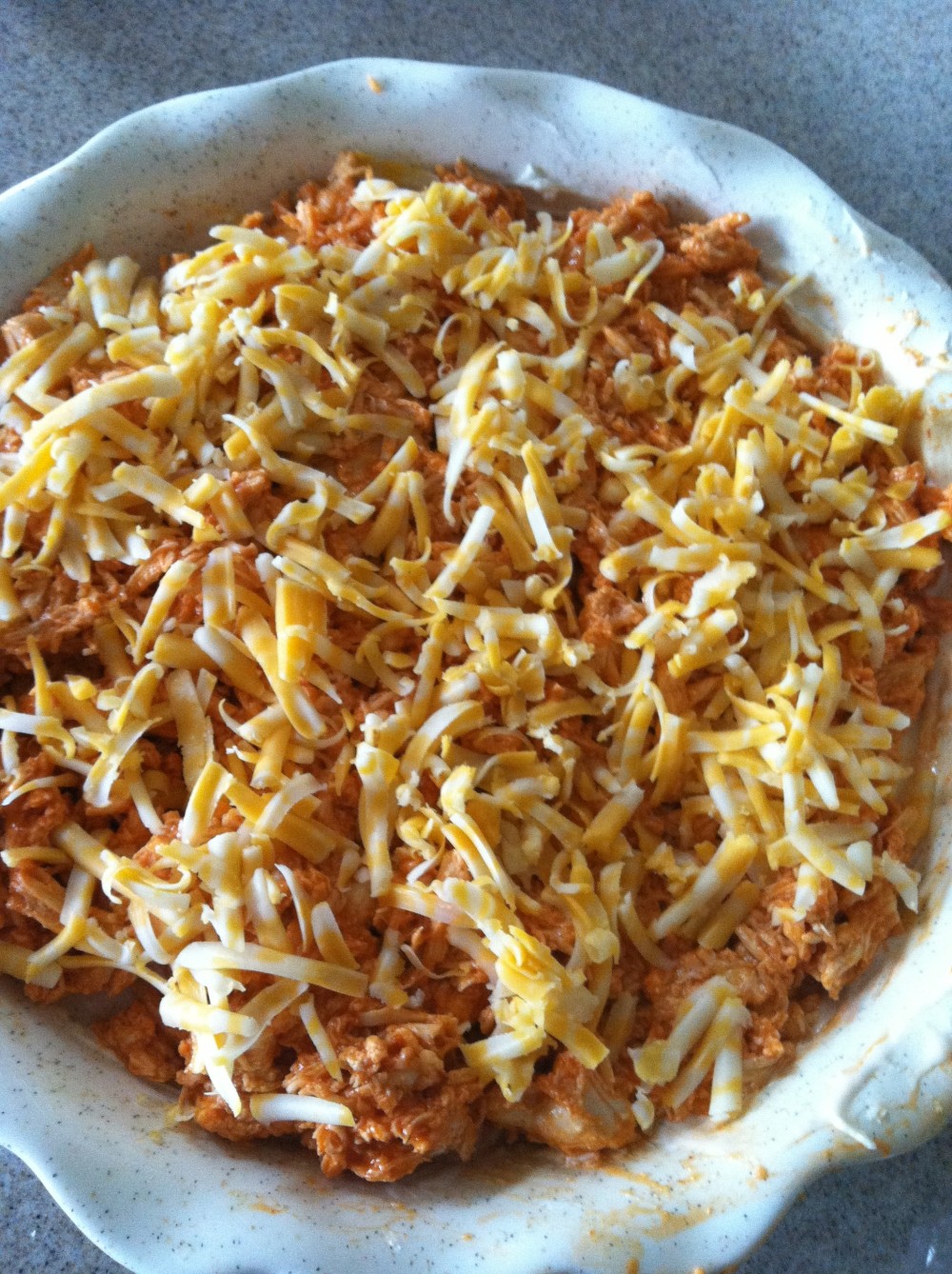 Bake at 350 for about a half hour or until the cheese bubbles. Serve with tortilla chips and/or celery- which is delicious and keeping with the whole wing theme.

I once brought this to a Christmas party in college and I thought the boys who ate it were going to propose to me on the spot. Just a tip, all the single ladies.

blue cheese dressing- as much as you want.